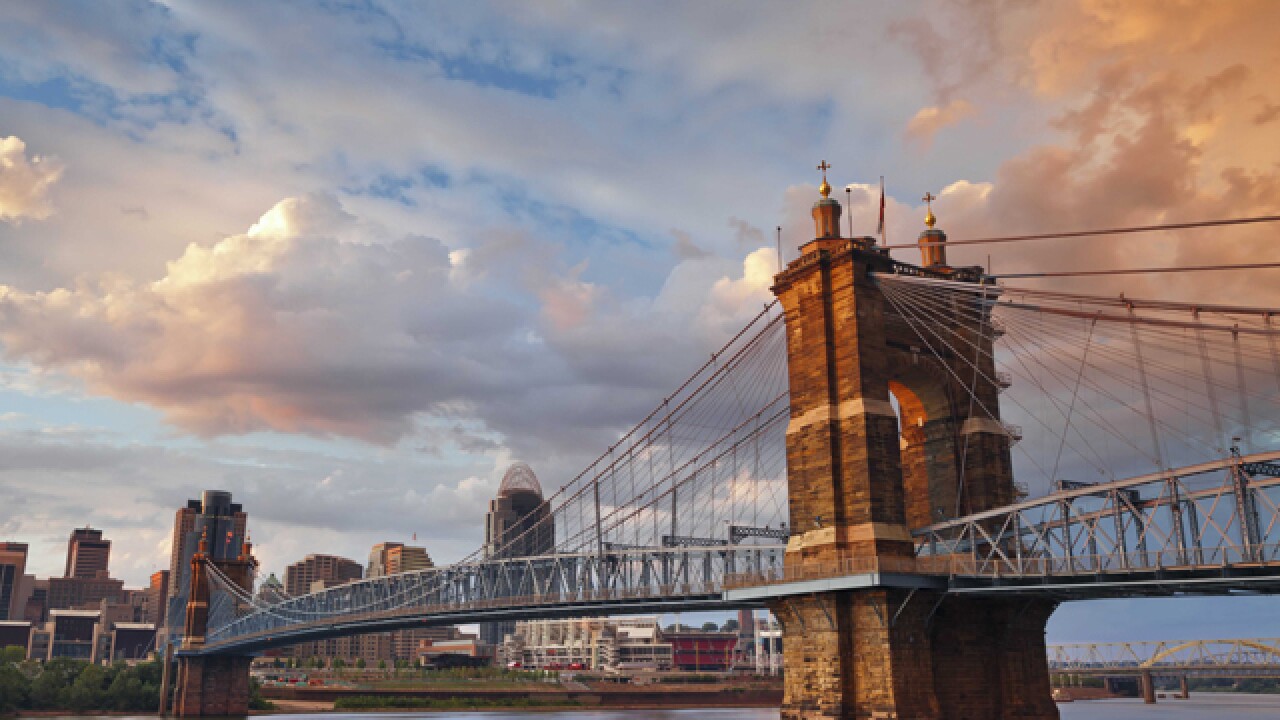 CINCINNATI — Donyell Walker wanted to work in the construction industry but thought he would never get the chance.

Walker had issues in his past that he figured would hold him back. He also has a young daughter, and in the past, employers never gave him the flexibility he needed to be a good dad.

Then he connected with a training program called Building Value that's operated by Easterseals and supported by Messer Construction Co. Designed to offer second chances, the program provided the training, flexibility and support Walker needed to reach goals that had seemed impossible before.

"They extended their hands as much as they could to work with what you needed to get and where you wanted to go," Walker said. "I never thought I would make it in the construction industry until I went there."

Walker, 24, has a full-time job at a local construction company where he earns $15 an hour and has health care, a vision plan and paid vacation time.

And the city of Cincinnati has some high-profile partners working to help a lot more people like him get ahead.

“Reducing poverty and expanding opportunity is, in my mind, the best way to prove the American dream is real,” said Cincinnati Mayor John Cranley, who has made reducing poverty in the city a policy priority. “I think it’s all of our jobs to try to get a little closer to that dream.”

The new national initiative was inspired by data from Harvard University-based Opportunity Insights, which found reaching that dream is getting tougher for today’s kids.

“Only half of children today will grow up to earn more than their parents, and that’s compared to 90 percent of children born in 1940,” said Andrea Coleman, a senior program officer at Bloomberg Philanthropies. “We know that many mayors are trying to address income inequality and rising economic challenges in their cities.”

That’s why Bloomberg Philanthropies invited cities to compete to become part of this new initiative, which was announced last fall. Each of the 10 winning cities has a different approach.

Cincinnati’s effort is focused on the new Workforce Innovation Center at the Cincinnati USA Regional Chamber. It helps companies remove barriers that make it difficult to keep employees, especially in front-line and lower-paying jobs.

Dayton, Ohio, was another winner, and its work will focus on early childhood education. Other cities are concentrating on affordable housing, reducing evictions and increasing access to short-term credit as an alternative to payday loans.

The Workforce Innovation Center here grew out of work that the Child Poverty Collaborative started when it convened more than 100 local employers as part of an Employer Roundtable to figure out ways they could help reduce poverty in Cincinnati and Hamilton County.

In the six months since the center’s launch, about 20 employers have expressed interest and gotten involved in the work, said Audrey Treasure, vice president and executive director of the Workforce Innovation Center.

Treasure said she expects interest to grow as companies learn about how the center can help them attract and retain workers in a tight job market. In some cases, the center could connect companies with programs like Building Value, she said. In other cases, the companies could learn about changes to their policies and procedures that would open the doors to more employees, Treasure said.

“What we know about this environment is, especially with jobs that don’t pay as much, people are willing to leave for very small amounts,” she said. “It’s in an employer’s best interest to find and keep people.”

The company has become more open to hiring people who have spent time in prison, for example, and wants to make sure it has the right policies in place to offer second chances that are good for the employees and the business, Williams said.

“I think it’s important to meet people where they are,” he said. “At the end of the day, we are a builder, and we want to build. We believe that we just can’t enter this system without helping the greater good and helping provide opportunities for people all around.”

Some companies help provide those opportunities using employment coaches. They are people at the companies who can help employees overcome problems with transportation or childcare that can get in the way of their jobs, Treasure said.

Other companies are looking at providing bus passes to front-line workers or more flexible scheduling for employees who need those benefits, she said.

The Bloomberg initiative will help Cincinnati analyze the results of the Workforce Innovation Center’s efforts over the next 18 months.

The city also could receive a grant of up to $150,000, Treasure said, but the data help and information sharing among other cities is worth far more.

The goal is to find strategies in all 10 cities that can be replicated in other communities across the country, said Bloomberg Philanthropies’ Coleman.

“We know that this is a very complicated issue, something like economic mobility,” she said. “It’s not going to be tackled overnight by a single program or a single policy.”

The fact that each of the ten cities is using different approaches to attack the problem should result in a variety of strategies that other communities can try out, Coleman said.

“Cities really want to know how to focus their resources on what works and what’s most effective,” she said.

Having Cincinnati’s efforts in the spotlight as part of the Bloomberg Philanthropies initiative has great value, too, Cranley said.

“The greatest anti-poverty program is getting and keeping a job,” he said. “I can’t imagine a better feather in our cap than that we are voluntarily, without coercion, making it a community priority to reduce poverty and expand opportunity.”

Walker said that until he took part in Building Value, he couldn't imagine living the life he has now.

"I went from having nothing," he said. "Now I have multiple cars. I was renting a house. Now I'm getting ready to close on a house. I've gotten married."

Many people living in Cincinnati have lost hope that they can live better lives, Walker said.

"I was one of those people," he said. "I never knew that I would be able to buy a house or just live without worry anymore. That's basically what I'm doing now."

If the next 18 months go as planned, a lot more people here will get there one day, too.