Can UC students help connect the riverfront to the Central Business District? 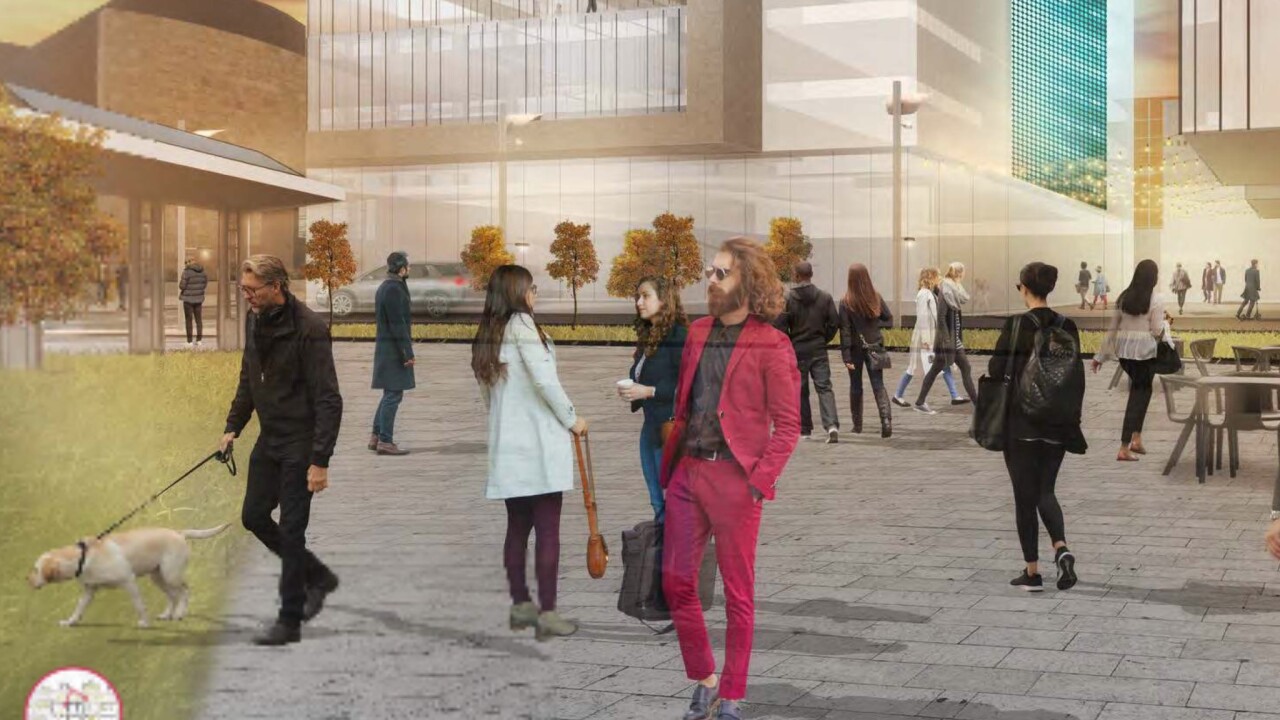 Renderings from UC students&#39; project to create a plan to connect the urban core of Cincinnati to the riverfront. 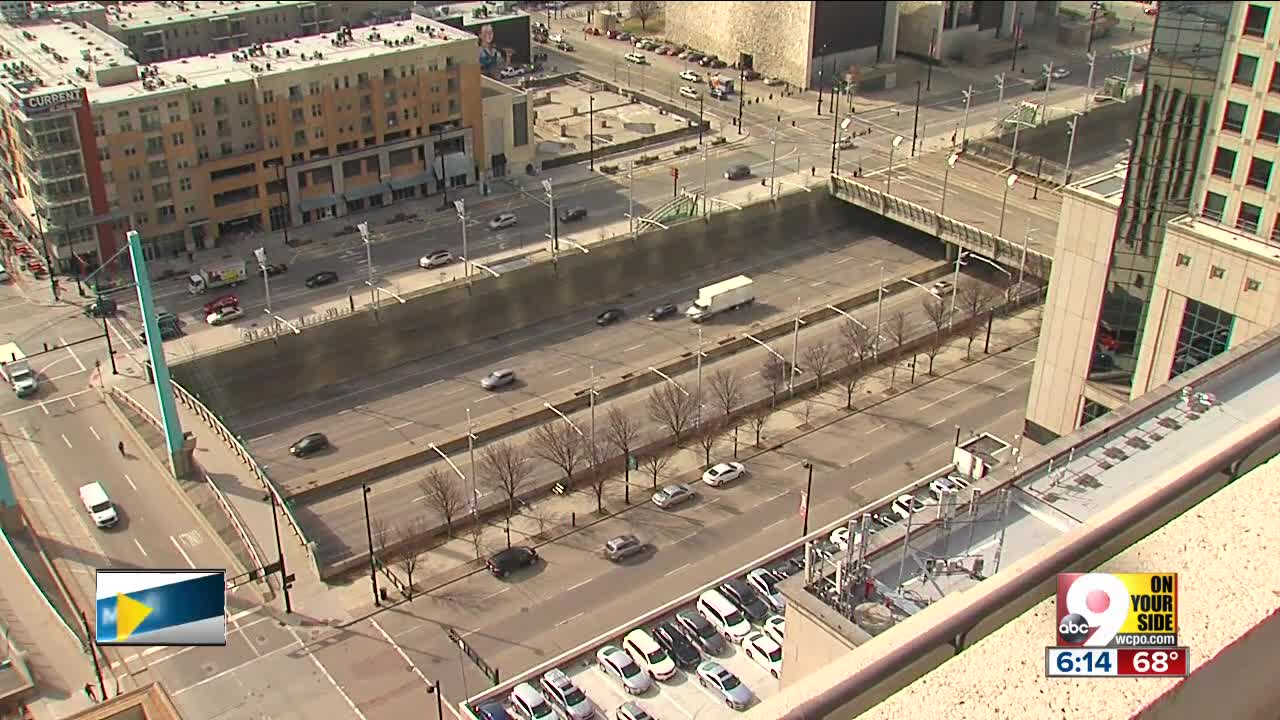 DOWNTOWN — At less than a mile long, Fort Washington Way is a major Downtown connector that gets commuters to I-75, I-71 and other major routes to the east and west. But, while it connects some parts of Downtown, some believe it disconnects other parts.

"It is a prevailing thought that Fort Washington Way creates a gap," said Lynn Jacobs-Horton, director of the Urban Land Institute in Cincinnati.

The gap, she and others say, is between the riverfront and the Central Business District. Coming up with ways to close the gap is the task of an international graduate student competition.

"If you could envision three acres of land that could be reclaimed by capping Fort Washington Way and the possibilities that come from that, that's what we believe we're missing," Jacobs-Horton said.

The Urban Land Institute Hines Student Competition is in its 17th year. Student teams from around the world compete to come up with urban design plans that simulate a real world urban design scenario. The winning team will receive $50,000 and the remaining finalist teams will receive $10,000 each.

"It's an idea competition," Jacobs-Horton said. "What caused the gaps between the Banks and our Central Business District? How could they bring solutions for Cincinnati to close that gap?"

Besides closing the gap, the teams needed to find a way to develop the new space that would attract visitors, workers and residents.

The teams include students majoring in engineering, urban planning, architecture, finance and other topics. Right now, the competition is in the finalist stage, narrowed down from 90 collegiate teams to four. Two teams are from the University of Texas-Austin, one team is from MIT/Harvard and one team from the University of Cincinnati.

"This is the first time UC has ever made it to the finals," said team leader Danielle Campbell, a graduate student majoring in community planning at the University of Cincinnati. Last year, the team received an honorable mention.

"Doing it last year gave us a lot of experience with how we were starting the project," said Varsha Iyengar, UC team member and graduate student majoring in architecture. "We knew what to expect. We new how long we could allocate for certain tasks."

This is also the first time Cincinnati has been selected as a competition site, but that did not give UC's team an advantage.

"It was a blind jury," said Steve Kenat, an architect and principal with GBBN Architects. "We had no idea where the students were from."

Kenat was one of twelve jurors who narrowed down the entries to the four finalists.

"The jury was looking for balance between visionary thinking and something that could really re-invent our riverfront," he said. "They did not disappoint at all. There were some really great entries."

"We had multiple conversations on are we being progressive enough," Campbell said. UC students named their project The Anchor. Campbell said the idea was to converge a mix of uses from medical to startups to artistic in an area that's walkable, livable and workable.

The students had mixed feelings about the project site being in their backyards.

"It was definitely a good surprise seeing Cincinnati on the page," Iyengar said. But, they were also concerned about becoming complacent by the location.

"There's no one team that's going to have to a better chance," Campbell said. "Even if we are here right now, I do not picture that as something that's gonna make us the forefront."

By the way, the teams weren't allowed to visit the site until last week, including students at UC.

"They wanted to make it fair to everyone," said Lorrin Kline, an architecture graduate student at UC. "It was really a struggle for us because obviously we wanted to go down and see the site."

The winner will be announced on April 4, 2019 in a final presentation by the teams in Cincinnati. In addition, the teams' work will also be shared with city and country planners who remain interested in the idea of capping Fort Washington Way.