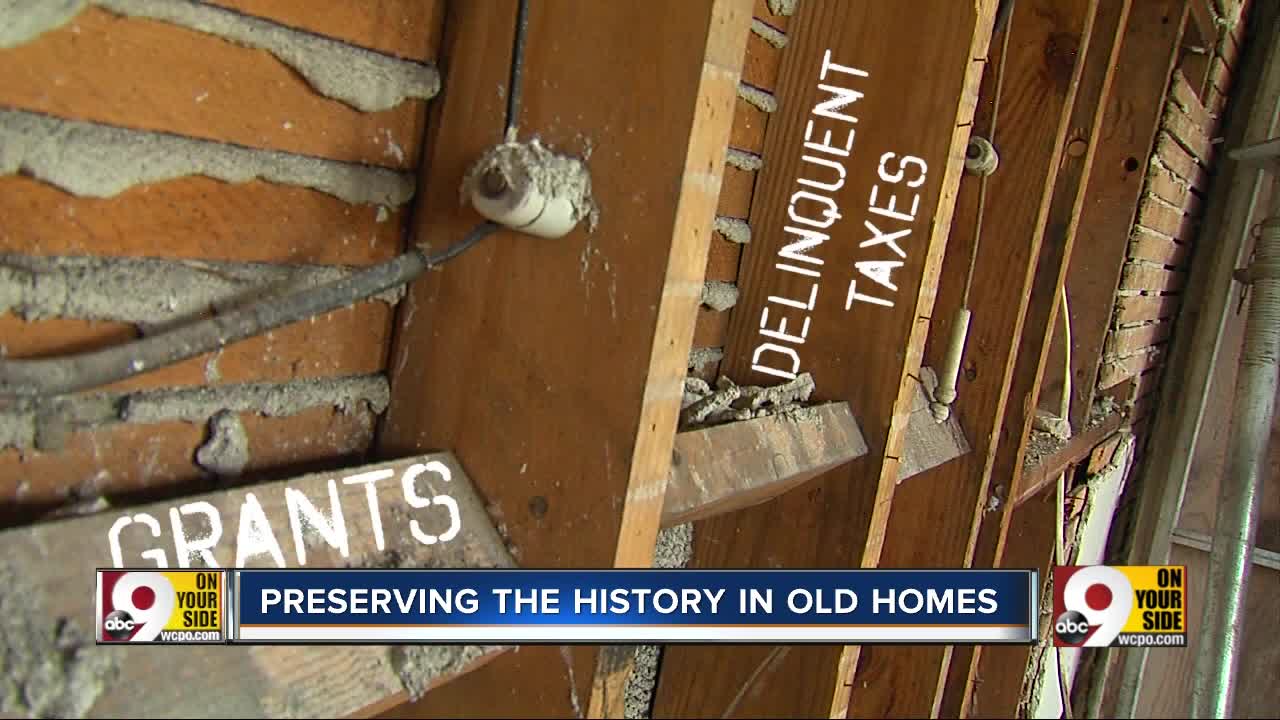 The Hamilton County Landbank aims to repair some historic homes and buildings in the area. 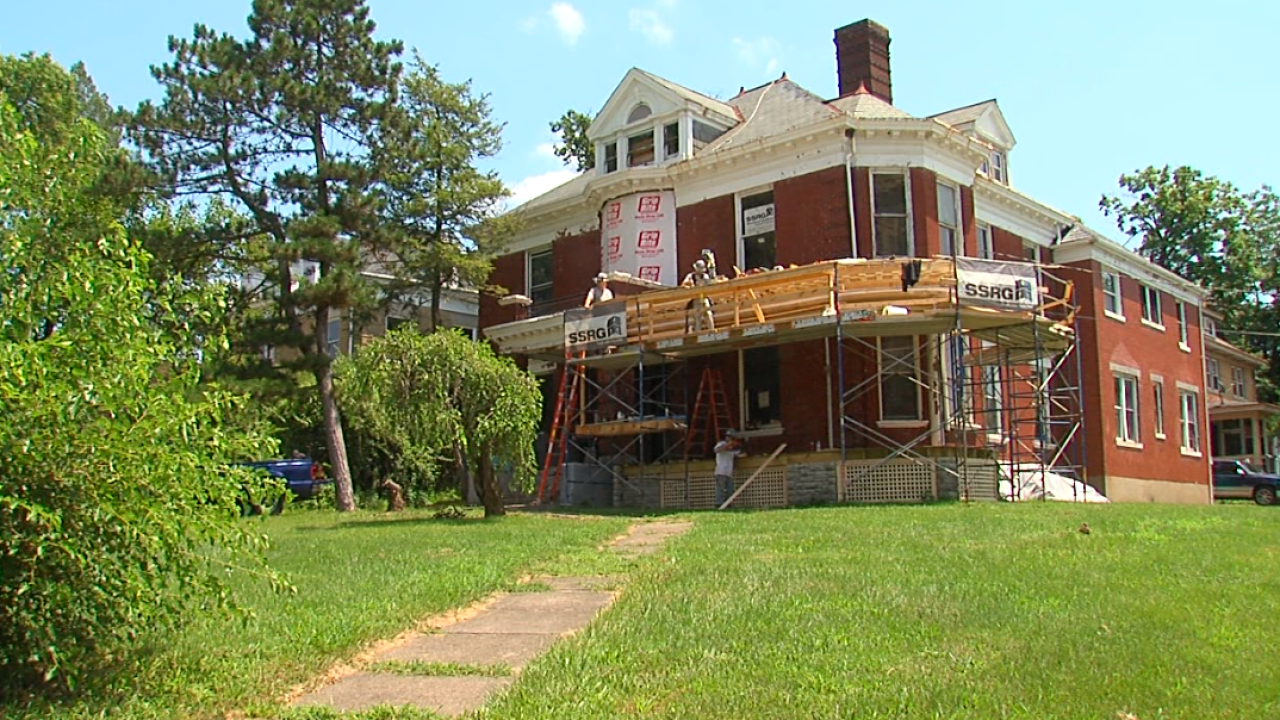 CINCINNATI — Many Cincinnati neighborhoods have numerous stately old homes that have seen better days. They are either in desperate need of repair or potentially facing demolition. This year, the Hamilton County Landbank is spending $2 million to make sure at least 18 homes and buildings are stabilized and safe.

"We will often get called in when there's a problem property that is historic to identify whether there are tools that we can use and resources we can use through our landbank," said Jessica Powell, vice president of the Hamilton County Landbank at the Port. She said they look for properties that are vacant, blighted and not marketable.

Established in 2012, the Hamilton County Landbank is managed by the The Port. The State of Ohio began allowing counties to establish landbanks in response to the foreclosure crisis that left many homes and buildings abandoned and tax delinquent. It can acquire properties and stabilize them with funds from a percentage of delinquent property taxes, grants, city of Cincinnati allocations and other resources.

One example of a home being stabilized by the Landbank is a 6,000 square foot home on Reading Road near Lenox Place in North Avondale.

"[The Rubel House is] a property that was designed by Samuel Hanaford in the 1890's," said Powell. Hanaford was the architect who also designed Cincinnati City Hall, Music Hall and the Elsinore Tower.

"Instead of tearing it down, you're really making it possible for it to get put back into the economy of the neighborhood," said Powell referring to abandoned homes like the Rubel House.

Since the Landbank started the historic structure stabilization program seven years ago, 22 homes and buildings have been stabilized. The homes are put on the market for sale after they are stabilized.

Elizabeth Eddy, director of residential development for The Port, said the most recent use for the Rubel House was as a nursing home. She believes it had between 10 and 15 bedrooms.

"There's almost a fireplace in every single room of this house just because simply that's how they used to heat," Eddy said. At over a century old, a lot of work has gone into fixing crumbled stairs, reinforcing walls and keeping the moisture out.

"If you had walked up the front steps of the property a year ago, you would have fallen down to the sub-floor of the front porch," said Powell. There had also been numerous changes made to the original design of the Rubel House, such as a wall added near the entry.

"The very first thing you would always see in these grand old homes is that staircase," Eddy said. "We thought it was really important to bring it back to the original roots and remove that wall so it would be the first thing you see when you walk in."

Eddy believes the original hardwood floors are still in tact, along with some small square tiles in the front entrance area. Stabilization crews have also taken extra precautions to preserve architectural items.

"You can't buy this trim anymore," Eddy said, referring to a corner filled with saved corbels and pieces from columns. "We want to make sure that we preserve the trim and that it's ready to go for the next end user."

In some cases old photographs were used as a guide to recreate design pieces. The entire front porch of the Rubel House is being replicated.

"We actually rented and built a steam room and was steaming the wood to make that actual curve just in the way that they used to," Eddy said.

Powell also said there is added value in restoring the historic homes and buildings. It brings stability to the neighborhoods, while leaving the buildings to fall into further disrepair hurts the neighborhood.

"It just really diminishes from your quality of life," Powell said, referring to residents who have to walk or drive passed blighted properties. "It's unsecured, there's vandalism, there are squatters."

Other buildings currently being stabilized include homes at 571 Hale in Avondale and 1916 Freeman in the West End, and a commerical building at 3604 Montgomery Road in Evanston.

As for what will be the future use of the Rubel House, that will be decided by the neighbors and the North Avondale Neighborhood Association.