Can Pleasant Ridge be a good Downtown or OTR alternative? 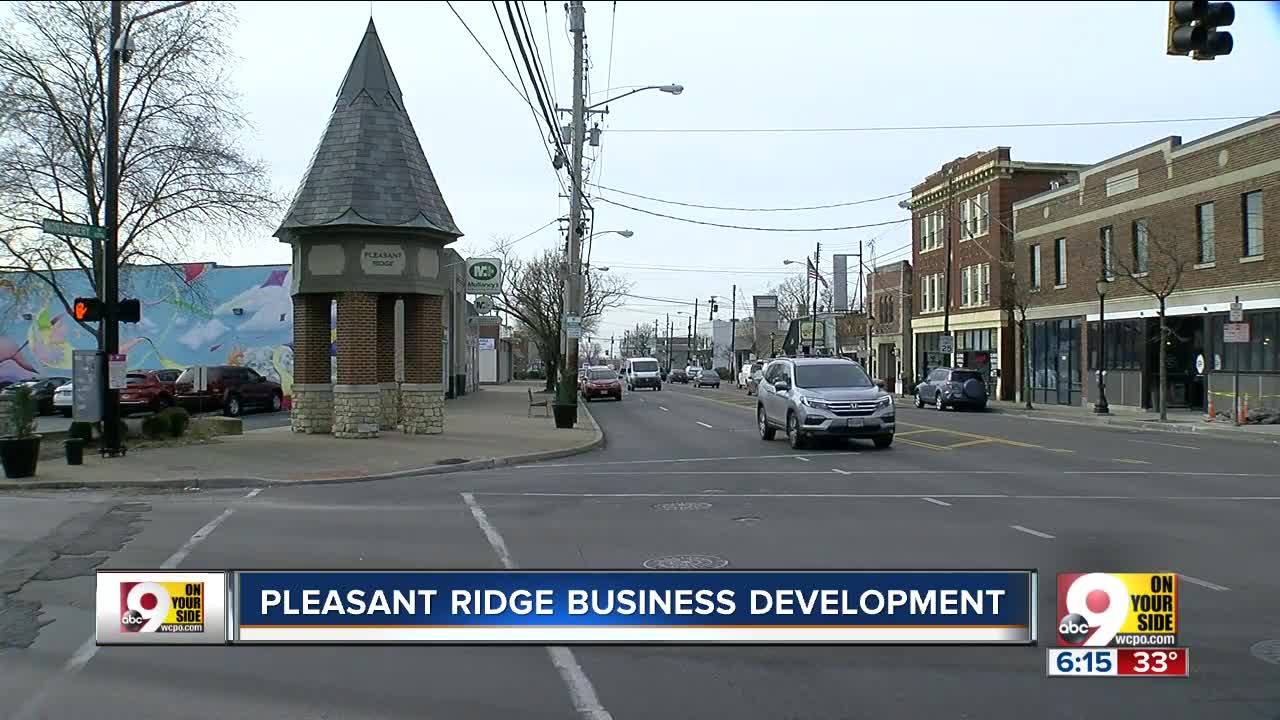 Ten years ago, the Pleasant Ridge Development Corporation, planned to revitalize the area by focusing on the corner of Montgomery Road and Ridge Avenue.

Brandon Hughes says he wasn't sure what to expect when he and his Pleasant Ridge business partner Michael Albarella opened Nine Giant brewery a little over three years ago.

“We took a chance," Hughes said. "A few months after we signed our lease, one of the bars here went out of business and we went 'Uh oh.'"

Their concerns were quickly eased when their new neighborhood embraced the brewery.

It turns out the new taproom was the beginning of a trend in the Pleasant Ridge business district.

The neighborhood decided to start at the corner of Montgomery Road and Ridge Avenue, said Jason Chamlee, president of the Pleasant Ridge Development Corporation. The idea was to attract businesses to some of the adjacent spaces, hoping that would help bring in an anchor tenant on the corner.

The plan seems to be working. Nine Giant is one success story. And now Goodfellas Pizza is moving into that corner spot by this summer.

“We really saw this as an opportunity to anchor the corner, to really bring some other operators to the area,” said Alex Coats, Goodfellas Pizzeria co-owner. Pleasant Ridge will be its third Cincinnati location when it opens.

“We had to completely gut the building, start it just from the four walls and build it up,” Coats said of the old coach house.

The interior will feature exposed brick and chandeliers. Once completed, it will house the New York-style pizzeria on the lower level, and a more ornate speakeasy concept will go on the upper level, with patio seating overlooking Montgomery Road.

“The patio will be like a New Orleans-style outside patio, with some real ornate, wrought iron, so that during the summer you can hang out and have a cocktail on the patio,” Coats said.

Meanwhile, Nine Giant is getting bigger. After 3 1/2 years, Hughes said they are opening a second space that uses a breezeway to connect to the current brewery. It will be called Nine Giant Fermentorium.

“Rather than adding seats and just kind of trying to blow a wall out somewhere, we wanted to think about this in a broader perspective of how do we continue to craft the beer story,” Hughes said.

The plan is to create an upscale drinkery with barrel-aged beers.

Hughes they were attracted to the area because of the urban feel, accessibility and central location.

“We saw potential to build something new and interesting and to try and re-invigorate an area that hadn’t seen much in the way of new development in years, or decades, really,” Hughes said. “I think this is turning into a nice little entertainment district.”

Pleasant Ridge has seen other recent additions to its business district, such as Revolution Rotisserie & Bar, Share: Cheesebar and Coffee Exchange, which reopened this month after a fire destroyed a previous location in 2018.

"Having a vibrant commercial district is key to where people want to live," Chamlee said.

The neighborhood hopes Pleasant Ridge will soon be seen as an alternative to going Downtown or Over-the-Rhine, he said.

“Everything’s only made us busier," Hughes said. "So, it’s drawing brand new faces over and giving them really cool options so that they think about Pleasant Ridge more when they’re thinking about going out for dinner or going out for drinks.”

Both Goodfellas Pizzeria and Nine Giant Fermentorium expect to open by the summer. Hughes said he never saw an expansion coming.

"From the second that we opened our doors it’s been absolutely amazing," he said.