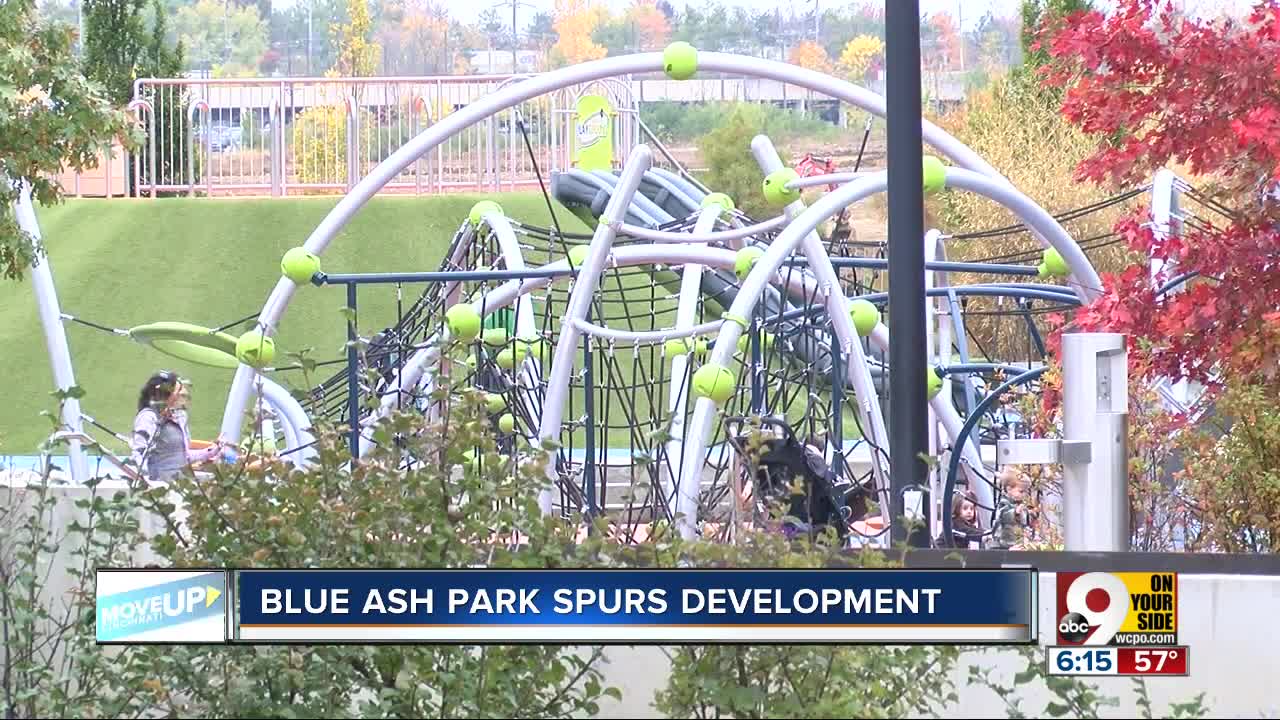 Although residents are attracted to Summit Park, city leaders say building the park had another, more strategic purpose: attracting more companies to the northern Cincinnati suburb. 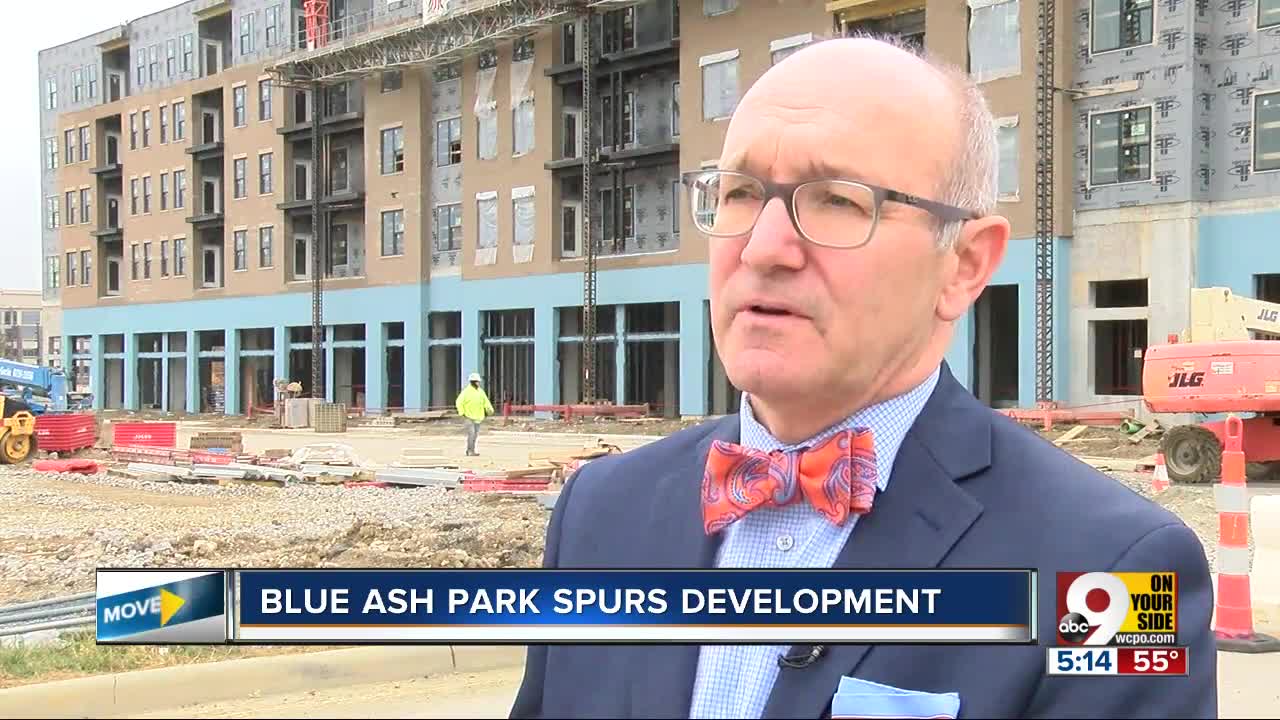 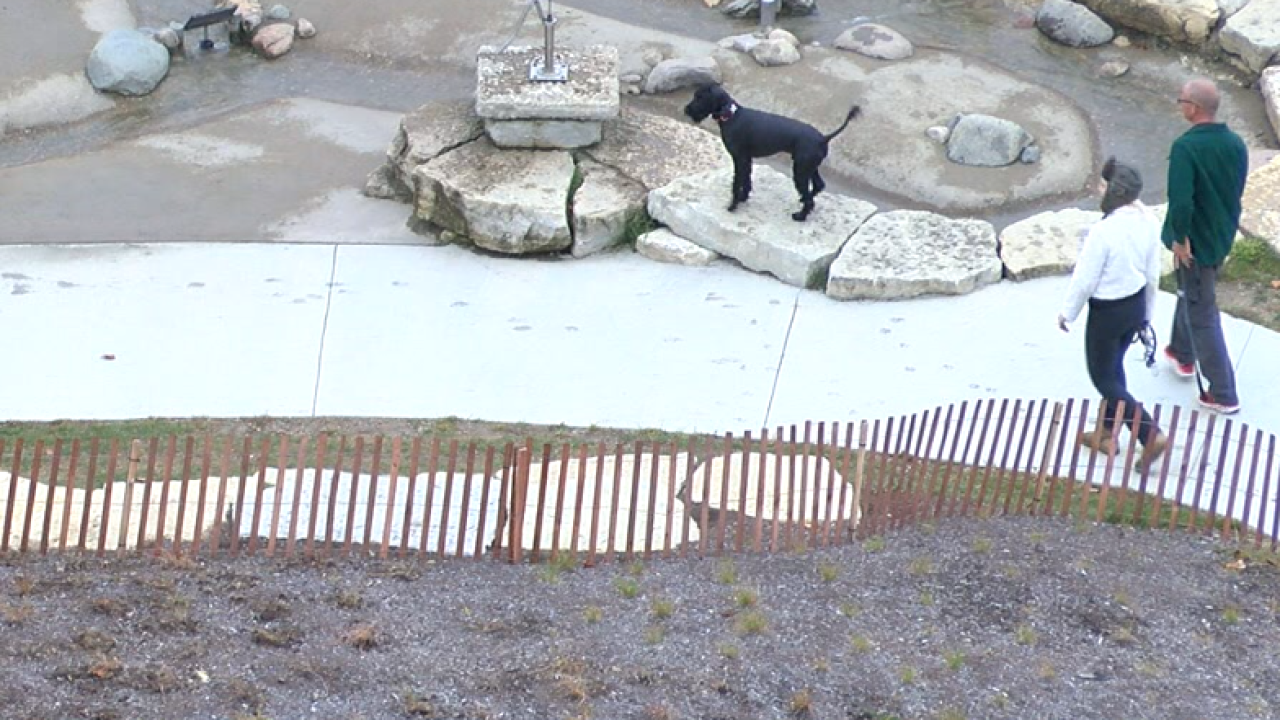 BLUE ASH, Ohio — At Summit Park, workers are already installing the ice skating rink for the winter and holiday season.

It's been a little more than a year since Blue Ash completed work on Summit Park with the opening of its observation tower. The area has quickly become a favorite spot for residents like Chuck Yellig.

"I come every day because I have a dog, you know. I go to the dog park. I exercise him. I go for a walk," said Yellig.

Yellig isn't alone in making the park a place to unwind, exercise and play with the kids and pets.

Although residents are attracted to Summit Park, city leaders say building the park had another, more strategic purpose: attracting more companies to the northern Cincinnati suburb.

Summit Park was the first phase of a major transformation of the former Blue Ash Airport, which was owned by the city of Cincinnati. Blue Ash purchased 130 acres from Cincinnati and decided to use the land to create a sprawling park with trails, playgrounds, ponds, pergolas, large green spaces, restaurants and an observation tower.

City development officials say their strategy was to build the park first, then businesses and more residents would follow.

"A lot of the companies that we want to attract to Blue Ash, a lot of IT companies, bio-tech companies, they're struggling to attract the talent that they need," said Neil Hensley, economic development director for the city. He said Blue Ash spent over $60 million to create the park. The payoff has been more businesses and more jobs.

In 2018, Blue Ash announced about 3,000 new jobs would be moving into the city, according to Hensley. He said typically, before the park was built, they were seeing total annual job additions between 500 to 1,000 jobs. Also, many of the jobs being attracted to Blue Ash are high-paying positions, which was another objective, Hensley said.

"We think that strategy of creating these amenities is working for us," said Hensley. "Even before the first office building gets built here, companies have been choosing existing buildings around us. Many of them can either look into the park from their new offices, or they can at least see the big observation tower."

Hensley said some businesses are looking for urban walkable amenities. Basically, they want urban attractions in a suburban setting. It is a trend driven by millennials who don't want to drive and prefer to walk or bike to meet friends at a nearby pub after work. It's also a trend for downsizing baby boomers.

Creating housing for millennials and those looking for smaller homes or apartments with less maintenance is the next stage in the development.

"Once we got that (Summit Park) pretty much completed in the past year, then the construction increased over here on the Neighborhoods at Summit Park," said Hensley.

The Neighborhoods at Summit Park is a mixed-use development on about 100 acres of additional former airport land. It consists of four different neighborhoods that include apartments, retail, offices and restaurants. Al. Neyer is the master developer for the project and is working with Vandercar Holdings and The Fortus Group, according to Tom Wilson, director of real estate for Al. Neyer. Construction on several of the neighborhoods is already underway.

The Approach is an apartment and retail development within the District neighborhood that will include 290 apartment units and 39,000 square feet of commercial space for retail and restaurants. Two buildings in the area are expected to be open by next June, according to Wilson.

Meanwhile, MI Homes is nearing the final phase of a single-home development called the Daventry. Home prices start at $700,000. Hensley said the residential component will add residents to Blue Ash.

“Probably 500 or 600 people living in the apartments, a couple hundred people in the single family residential. So, and if down the road we include condos or other multi-family, there could be well over a thousand new residents,” he said.

In addition, the Hamilton County Coroner's office and crime lab will move into new state-of-the-art facilities in the neighborhood. Once all of the development is completed in about five years, it is estimated to be a $500 million investment for Blue Ash.

"Economic development is a very competitive game," Hensley admitted. "For many years, Blue Ash was almost the only location in a northern suburb where companies that didn't want to be Downtown would locate."

He said the competition is friendly, but the idea is to stay in the game as multiple communities in and around Cincinnati are making economic development moves.

For residents like Yellig, the park and new development are exciting.

"I think it's great. You know, I love the restaurants. I love that they have housing, apartments. I'd like them to build condos," he said. "It's just a great thing to have in a community."