BLOC Ministries: How this nonprofit works to rebuild a Cincinnati community, one neighbor at a time 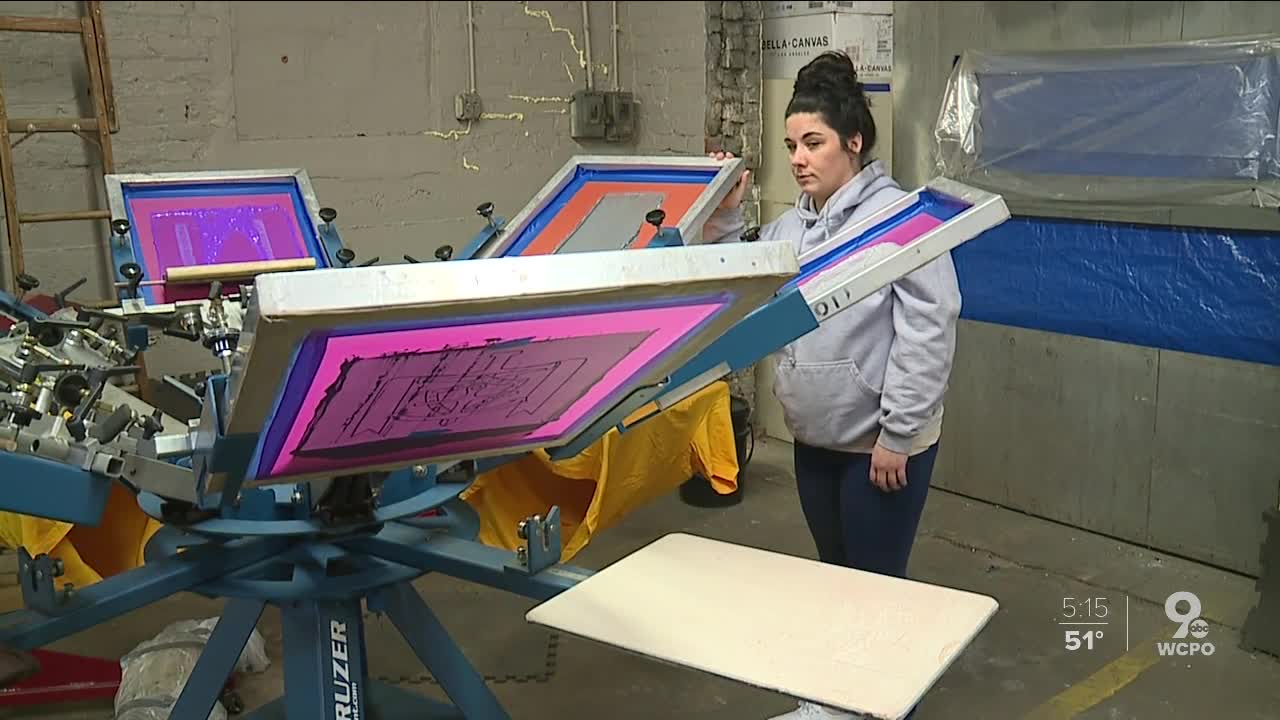 A quiet nonprofit organization has been serving Cincinnati’s Price Hill neighborhoods for nearly a generation. 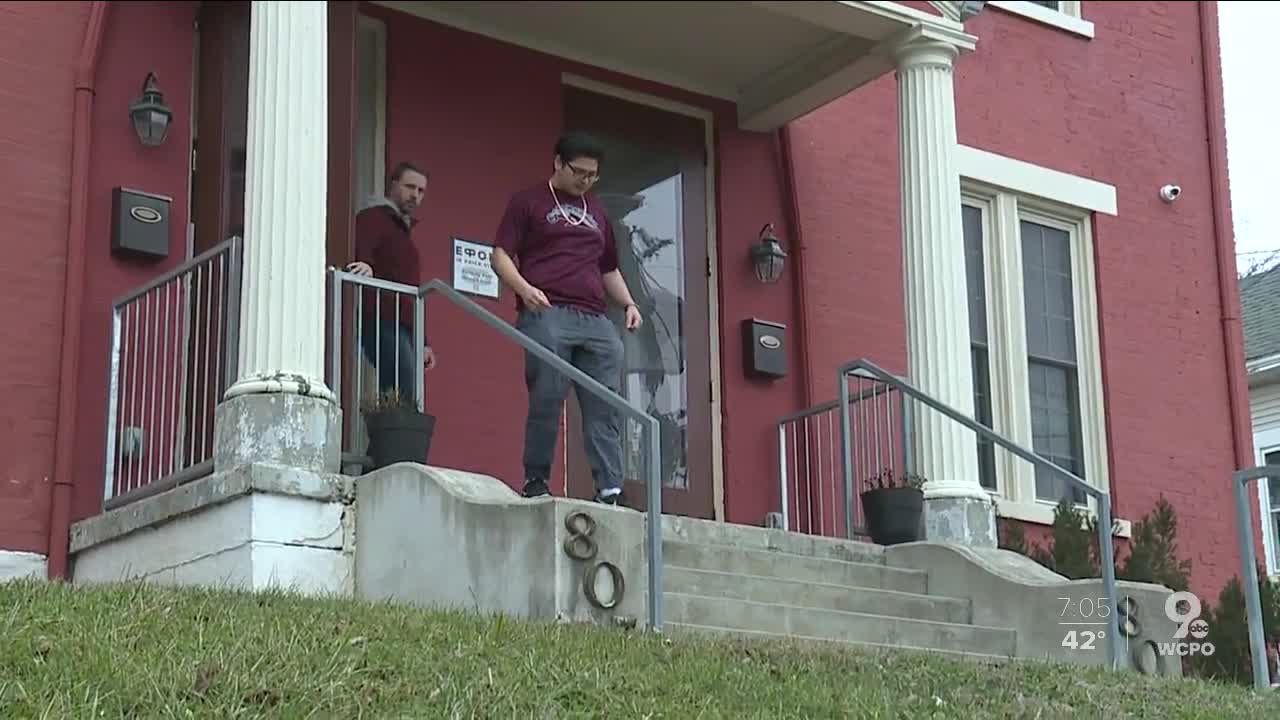 CINCINNATI — As Katie Riley prepared to leave jail last year, she realized she had a decision to make.

Her years of struggling with heroin addiction had wrapped her in an increasingly dangerous life, she said.

“Either I’m going to keep living that life, and I’m going to die,” she recalled thinking to herself. “Or I just surrender to God and trust that there’s a better life out there.”

Riley chose surrender and Redeemed Home, a ministry on the West Side of Cincinnati that serves women who have experienced trafficking, prostitution and addiction.

There, she found a family of fellow survivors working together to rebuild their lives.

Redeemed Home is one of more than two dozen programs that make up BLOC Ministries, a quiet nonprofit organization that has been serving Cincinnati’s Price Hill neighborhoods for nearly a generation.

Dwight and Stephanie Young started the organization in 1998. From the start, BLOC, which stands for “Believing and Living One Christ,” was about creating lasting change by applying the principles of traditional mission work to urban neighborhoods.

The couple moved with their five young children to the community, where they've remained ever since, Dwight Young said. All BLOC employees are required to live where they serve.

“We were told early on by neighbors who said, ‘You know, we appreciate people’s help, but a lot of people just come in and help and leave and just go back home, and we don’t feel like they’re really committed,’” he said. “It’s really kind of this unique connection that the neighborhood trusts you more. And you can do a lot more in a faster pace by living here, working here, as far as change because you’re here 24/7.”

As the Youngs and their staff have gotten to know their neighbors, BLOC’s work has expanded.

‘They can hold me accountable’

The organization has a total of 27 ministries now, Young said. It operates on a budget of roughly $2 million a year, with 20 full-time employees, 20 part-time employees and 100 volunteers per week.

Before- and after-school programs have been part of the mission from the very start.

“I’m a youth minister by heart,” Young said. “I know if I work with the kids, I will get into their homes, and then I’ll figure out how to help mom and dad and whoever’s the caretaker.”

Youth programming didn’t stop there, though. It has grown to include art classes, workshops and a sports performance center that gives aspiring athletes an opportunity to work out and train.

A recently remodeled building is divided in two with space for four boys, four girls and two full-time staff members on each side of the house.

Gabriel “Gibby” Arriaga, a senior at Western Hills High School, has been living there since just a few days after he turned 18 in September.

Arriaga had been living with his aunt before then, he said. When he had to move with her to Fairfield, it got increasingly difficult to get to school each day.

But that’s not the only benefit to the EPOH House.

“They can hold me accountable,” Arriaga said. “Most — if not all — teenagers, they just want to be left alone and do what they want to do, and sometimes they just need somebody to help steer them in the right direction. And I guess the kids that don’t get that, they live most of their lives like they’re still teenagers. And they can be reckless sometimes.”

Arriaga heard about the EPOH House through friends he made at BLOC Sports Performance, where he went for extra training and conditioning for football.

Other young people get referred to the house from Hamilton County Juvenile Court or probation officers, said Eli Blackford, director of the EPOH Boys House.

“We believe the Lord connects them to us, and we’re ready to then take them in that season when they need to be with us,” Blackford said. “It’s different for every student. But the common denominator is they need stability, and that’s what we offer.”

BLOC’s ministries for adults offer stability, too, along with lots of love, Young said.

The organization’s two Weightless Anchor hospitality homes, for example, serve women who struggle with addiction or are victims of sex trafficking. Women can go to either location in Lower Price Hill or East Price Hill to get off the streets for a while, shower and get something to eat.

That’s how Riley first came into contact with BLOC, she said.

“When you come in, they always welcome you in, and they say, 'If you need any help or you want to go somewhere, we can set that up for you. If not, we’re just here to love you,'” she said. “They give lots of hugs, and they’re just really nice. It’s no strings attached.”

That’s where Riley met a woman who stayed in touch and even visited her in jail. That woman told her about Redeemed Home, and Riley has been there ever since she got out of jail nearly five months ago.

She has gone to therapy to learn how to manage her feelings and think before she acts. She attends Alcoholics Anonymous and Narcotics Anonymous meetings. She has set up a bank account and meets with a financial adviser and life coach to learn important skills she didn’t have. And she got job training at BLOC Screen Print, an enterprise designed to teach and bring in enough money to support its own operations.

Green’s wife, Karen, is part of the BLOC family, too. She works as the administrative director and house manager of Redeemed Home.

Although Green knew nothing about screen printing then, he said, he put his faith in God and BLOC and has helped grow the shop.

“I found a good supplier out of Chicago,” he said. “They were able to have somebody come down and show me what a shop should look like.”

He’s had volunteers and visitors tour the shop and write checks on the spot to buy new equipment to expand its capacity, he said.

“It’s just one thing after another, God bringing people who want to help this grow and be part of the community,” he said.

The guiding belief at BLOC is that changing communities starts with changing individuals, people like Arriaga, who is trying to decide whether he’ll join the military after high school or go to college, and Riley, who trained at the screen print shop as part of her Redeemed Home programming and still works there.

“Watching those lives change, they become part of our family,” Green said. “And watching them grow, learning a trade, showing up and just changing their countenance if nothing else. It’s so rewarding. You can’t put a price on that.”

Riley said she sees the change in herself.

Helping neighbors find their inner strength is what BLOC is all about, Young said.

“We don’t fix anybody. People make those choices themselves,” he said. “We just give you the opportunity and the support system to do as much for yourself as you want to and give you a whole different support system that is healthy and helpful and takes you out of the one that’s killing you and dragging you down.”

He has watched entire streets change in the years since he and his wife began BLOC Ministries. Four of their five grown children now work for BLOC and continue to live in the Price Hill neighborhoods. The fifth is a firefighter who lives in Delhi Township.

“I’ve got 16 grandkids who live in this neighborhood, running the streets of Price Hill in a very positive way,” he said.

And even with all the ministries that BLOC already has in place – its two successful coffee shops and its teaching kitchen and its letter press and print shop – there is much more on the horizon.

BLOC is raising money for Horses on the Hill, an urban farming and horticulture program that Young expects will draw disadvantaged youth from across the region.

The organization also is working to expand its job-training to include trades and is launching a program to help graduates of their programs become homeowners.

“We have about 20 more things that we’re waiting on,” Young said with a smile. “We’re not done yet.”

BLOC Ministries helps communities across the region and across the country work to replicate its programs. More information about BLOC Ministries, and how you can support the organization, is available online.