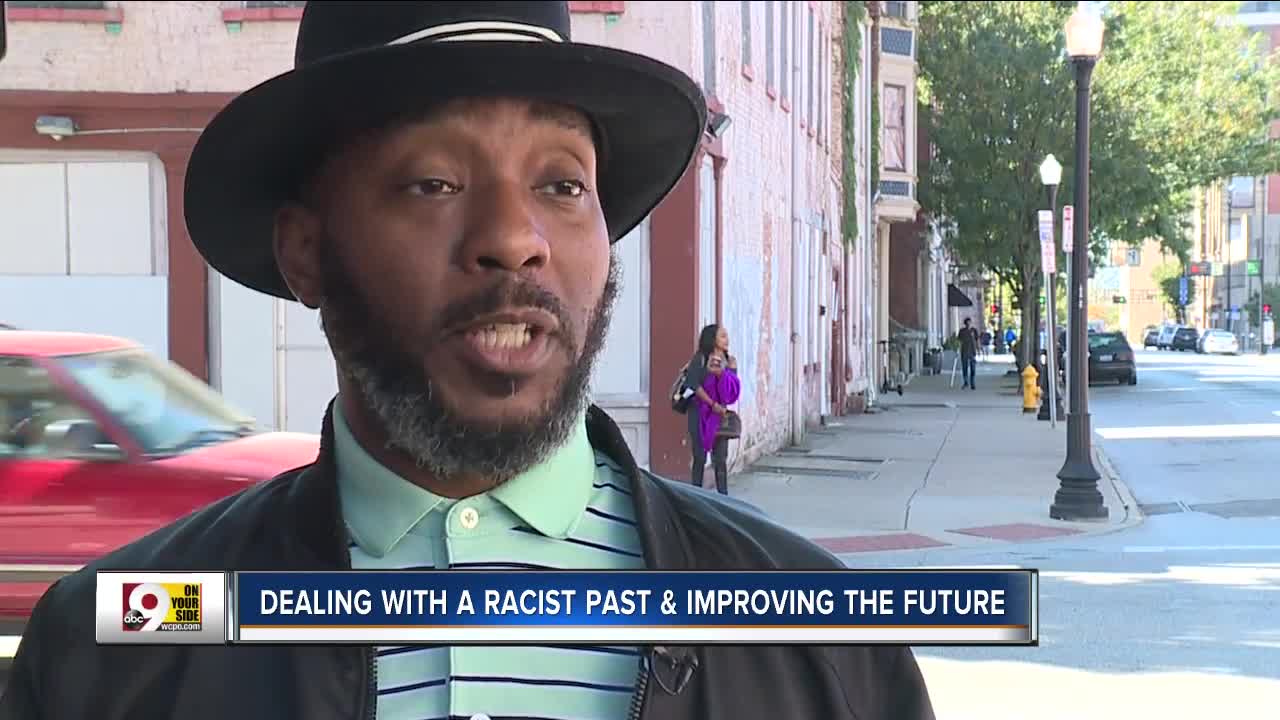 As Xavier University hosts symposium on historical connections to slavery, a black-owned business crawl which visits more than a dozen establishments is designed to bring attention to economic disparities black business owners face in Cincinnati. 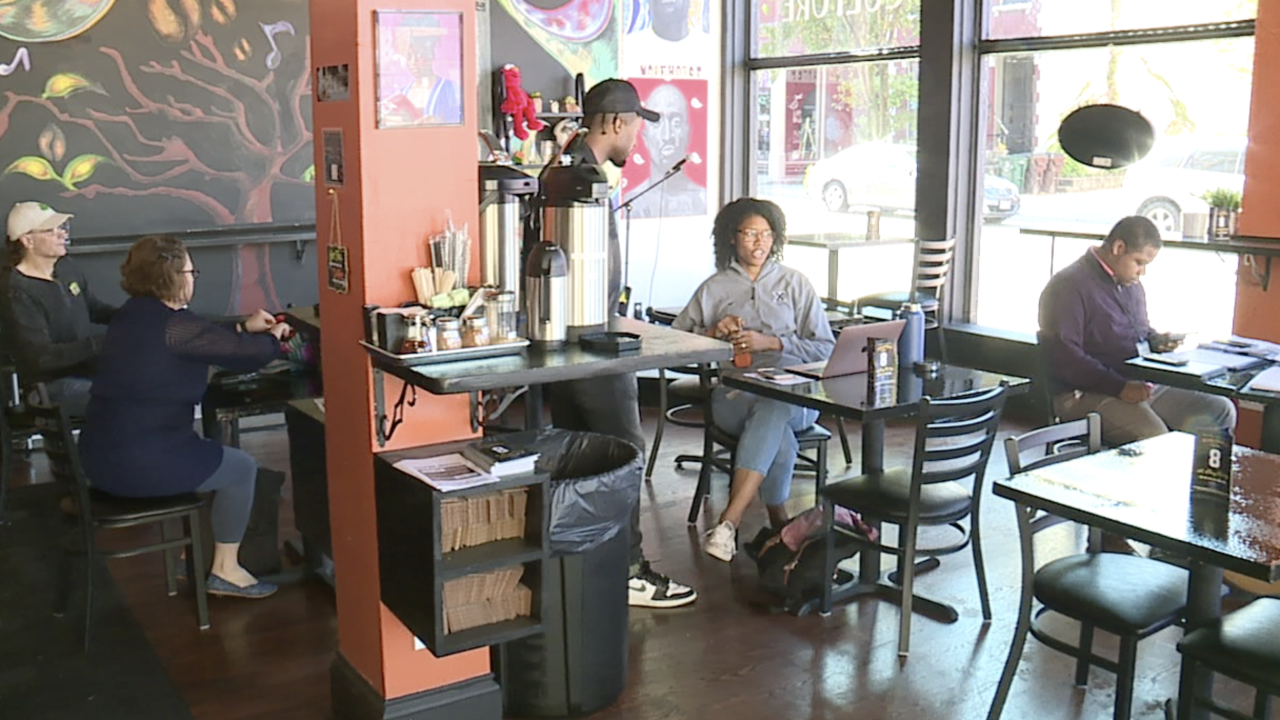 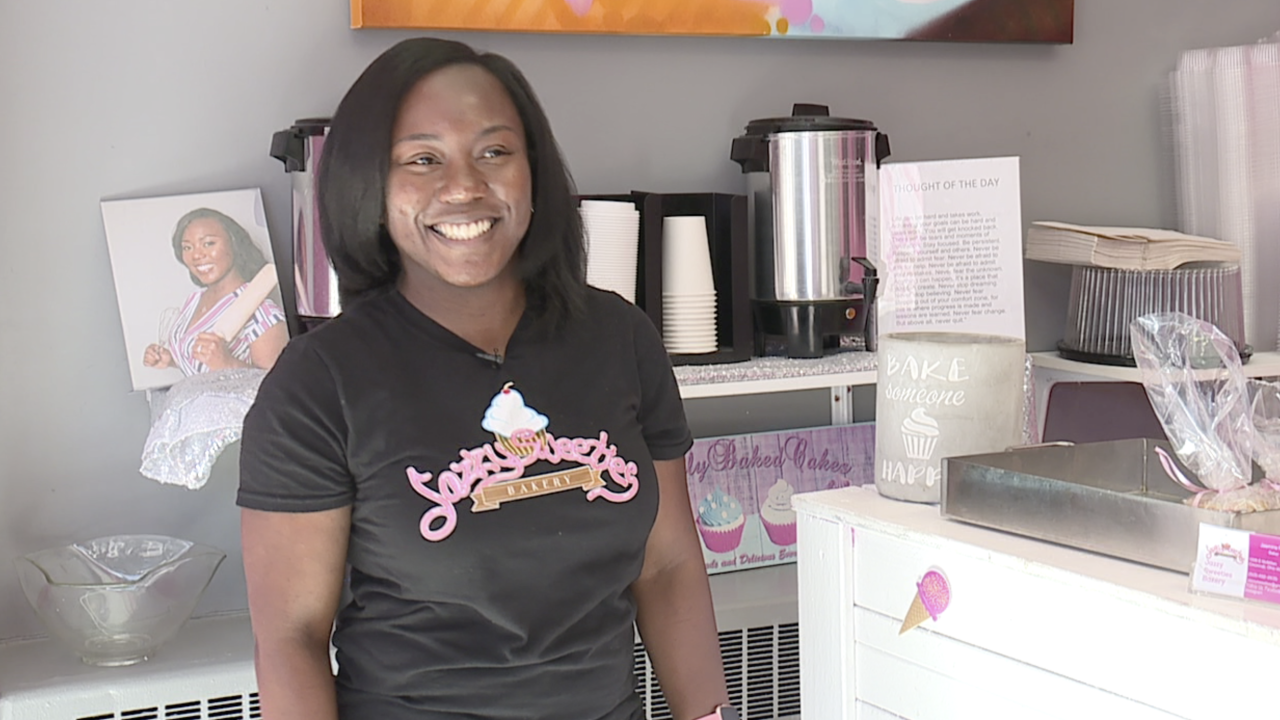 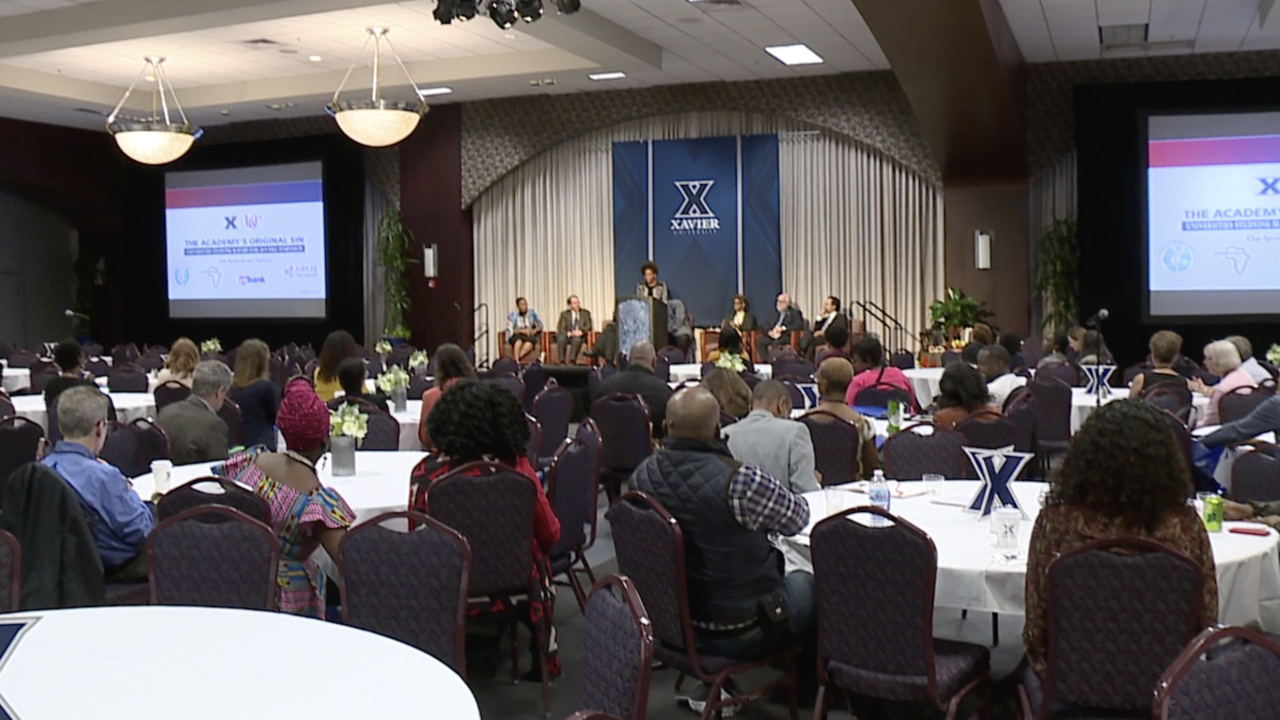 The aroma of freshly baked cakes and cupcakes greets you the minute you enter Jazzy Sweeties on East McMillan Street.

As a little girl growing up in Over-the-Rhine, Jasmine Ford said she didn't see many black-owned businesses. Which was part of the motivation to open the bakery two years ago in Walnut Hills.

Ford did watch her grandmother, aunt and other family members bake many of the deserts she makes today.

"One day a family member begged me to make them a cake for their birthday," Ford said. "And, before I knew it, it's like alright. I'm doing this. It turned into a full-blown business."

Jazzy Sweeties is one of more than a dozen African American businesses that were stops along the Black-Owned Business Crawl this week in Over-the-Rhine, Walnut Hills and other Cincinnati neighborhoods. It's one part of a four-day Universities Studying Slavery symposium Xavier University is hosting called The Academy's Original Sin.

Xavier, the University of Cincinnati and more than 40 other colleges and universities are looking at their connections to slavery and the ripple effect on communities today. Creating the tour of local black-owned businesses is one effort organizers believe helps with reconciliation in the community.

RELATED: As Xavier University grapples with connection to slavery, students work to reconcile past, present

"From the front yard, Cincinnati looks like a vibrant, growing city," said Marvin Hawkins, event producer for Jubilee Cincinnati Experience, which helped organize the crawl for symposium attendees. "But really, it's about the back yard."

"The people who matter most, the people who are in the trenches, low-income neighborhoods and people in poverty" are not afforded the same opportunities," Hawkins continued. "Historically here in Cincinnati, what we've seen is that the playing field wasn't level between those communities and the general population."

Jubilee Cincinnati is an organization that is recognizing 2019 as the year to create an economic movement around wealth creation and economic empowerment for communities of color. This as a national conversation has spread around 2019 marking 400 years since the first slaves arrived in the United States.

The crawl was designed to bring visibility to African American-owned businesses during the symposium, but also during Blink, which is expected to attract more than a million people this weekend.

"What we recognize is that while Cincinnati has a growing base of African American businesses, a lot of them tend to be ignored or not recognized and even patronized," Hawkins said.

Means Cameron opened Black Coffee in Over-the-Rhine in late July. It is on Elm Street, right next to Cameron's apparel store, Black Owned, which has been open for eight years.

"A business like ours wouldn't have existed 200 years ago," Cameron said. The urban-themed coffee shop and meeting place has quickly become popular with a mix of customers from Downtown workers to college students.

Hawkins and Ford agree that while the progress is encouraging, our area still has a long way to go.

"Here in Cincinnati, we've had a landscape for a long time that hasn't really supported minority businesses," Hawkins said.

At 27, Ford said she hears from a lot of people who tried to start a business, but weren't able.

"It's been people that are way older than me that was like, 'Oh my gosh! I really wanted to do this, but didn't know where to start,'" she said.

Ford credits her strong ambition and entrepreneur hub Mortar with giving her the tools she needed to start her own bakery. Now, she hopes she is setting a good example for other would-be black entrepreneurs.

"Me, being a young black woman, I think that really motivates people to just want to go out and really want to do it," Ford said.

Meanwhile, Jubilee Cincinnati has a half-day event Saturday at Cincinnati State University to focus on workshops, local and national speakers and other activities to help develop a structure to increase black business ownership.

"They can actually come together, have an honest dialogue and reflect," he said. "But also create action and create energy around the movement that we can see some results."