Avondale tries to control growth: 'They see Over-the-Rhine and they see it coming this way' 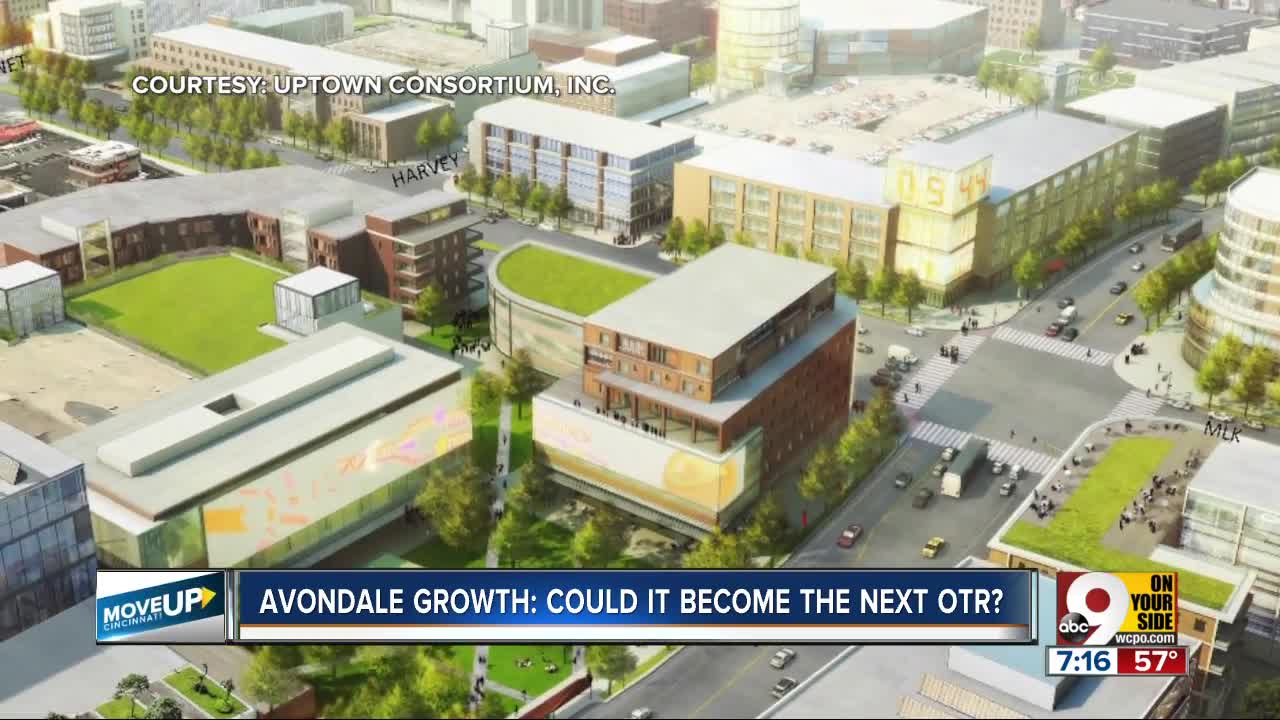 Avondale residents contributing to a new quality of life plan are concerned about gentrification, affordable housing, jobs and opportunities for business ownership. 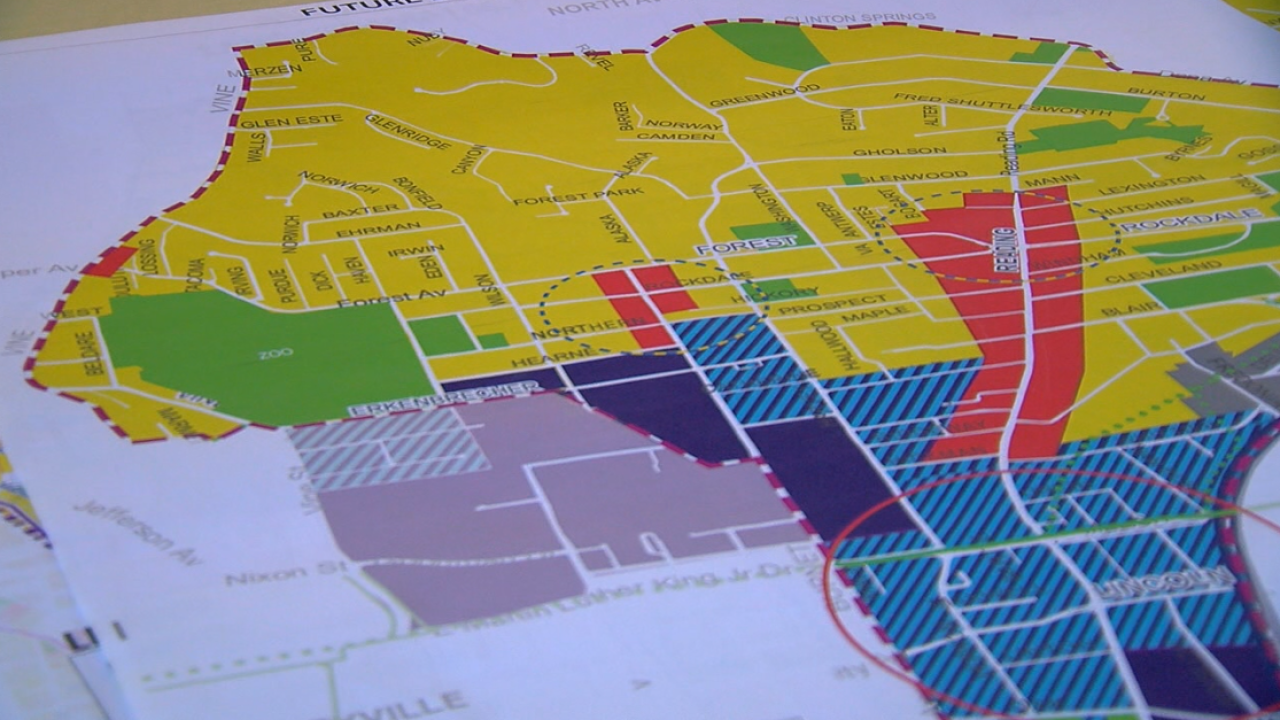 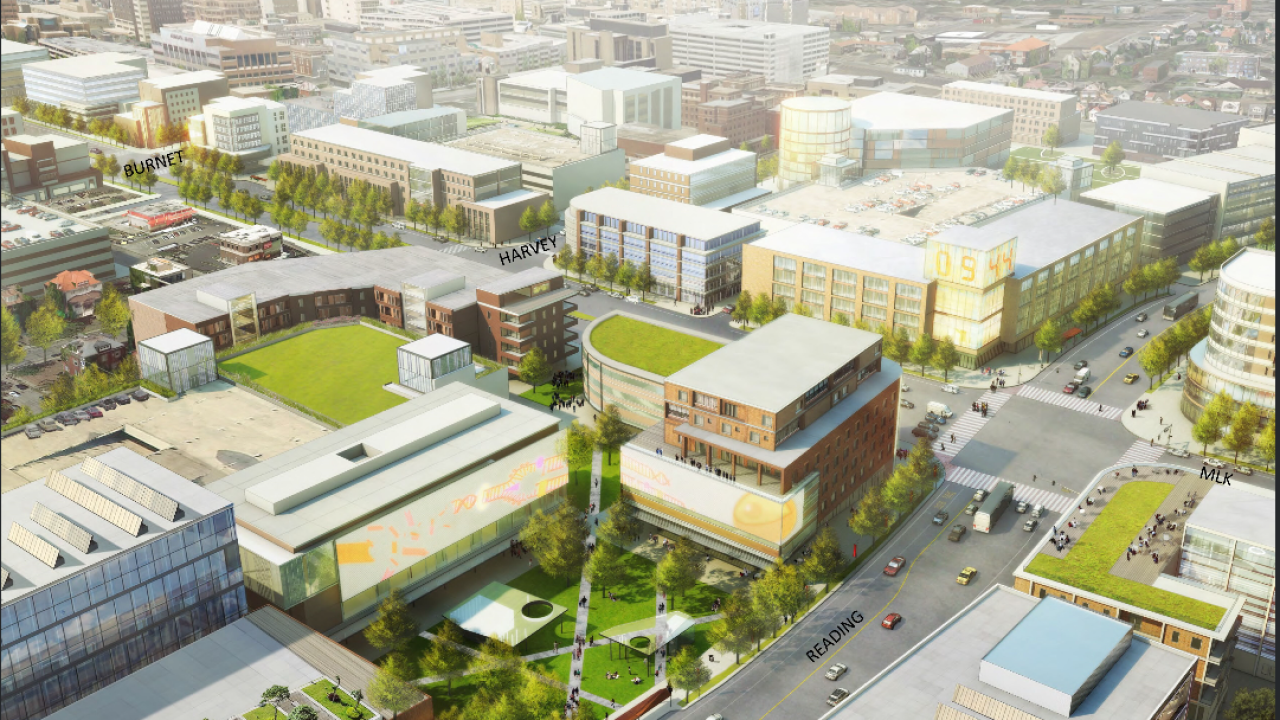 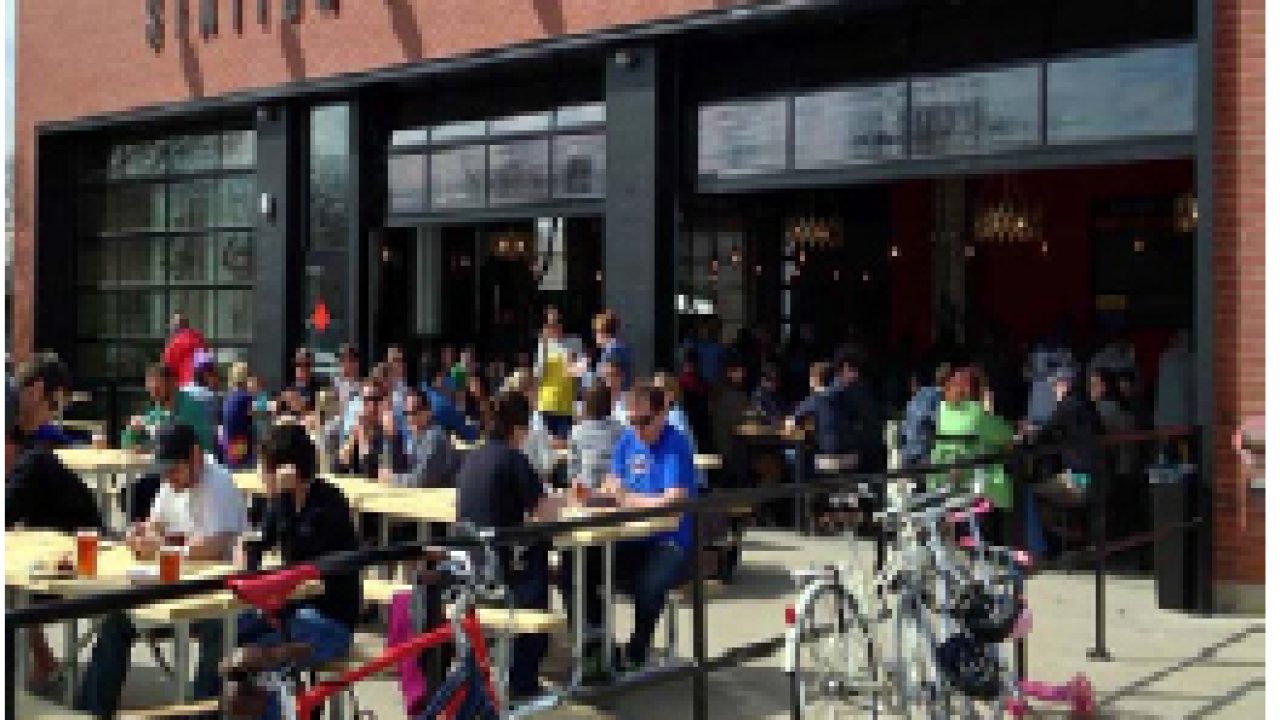 CINCINNATI — Yvonne Howard has called Avondale home for 11 years. She said there are two things that concern her and other Avondale residents: Quality housing for seniors and the possible gentrification of her neighborhood.

"They look at Over-the-Rhine, and they see it coming this way," said Howard.

Avondale has more than 2,000 abandoned homes, and renters comprise 75% of the population. That means much of the neighborhood's future is still uncharted. Howard is hopeful Avondale community leaders are taking steps to control and direct growth in a way that improves conditions for people who already live there.

Part of that effort is a Quality of Life Plan drawn up by neighborhood leaders. The more than 100-page document highlights a number of priorities for the neighborhood, including affordable housing and development that doesn't ignore current residents.

Leaders are providing the final chances — including a meeting earlier this week — for residents to comment on the plan before it is sent to the Avondale Community Council and city of Cincinnati for approval.

"Change without inclusionary change, without community engagement and without effective communication is at its best substandard change," said Russell Hairston, executive director of the Avondale Development Corporation. "And it's not the change we feel is needed in Avondale."

He said Avondale, the largest African-American neighborhood in Cincinnati, has suffered from a lack of investment.

"The neighborhood has been disenfranchised for years to where the property values are low. You've got 40% poverty or above," Hairston said. "This is a proud, resilient community that has a rich history and quite frankly, they're taxpayers. They deserve an opportunity to live in decent, safe and sanitary housing, and to be part of the decision-making towards the investment in this community."

Billions of dollars in investment in Avondale

Developers are investing billions in some areas of the neighborhood.

New and future projects include:

Hairston said Avondale residents "want to be at the table" for development discussions.

Meanwhile, Avondale community leaders are trying to keep current residents in the area.

"That means that anyone who wants to stay and live in Avondale, we want to make sure that they're able to do that," said April Gallelli, project manager for the Avondale Quality of Life Plan.

She said community leaders want to make sure they aren't like "some of the other communities that have suffered a lot of loss."

She said preserving the African-American culture of Avondale is important to the residents.

Is this Avondale's next major development?

Uptown Consortium Inc. is working with Steiner and Associates on what could be the next big development for Avondale.

The proposed Burnet Avenue Redevelopment Plan would introduce a new mixed-use district to Burnet Avenue between Erkenbrecher Avenue and Forest Avenue. If approved by the Avondale Community Council, Avondale Development Corporation and the city of Cincinnati, the completed development will include another hotel, nearly 300 apartment units and retail space.

Uptown Consortium Inc. officials said the company is working with the Avondale Development Corporation and Avondale Community Council to get input from residents on the Burnet Avenue project.

"We are excited at the prospect of delivering new retail and housing options over the next few years to better serve those who live and work in Avondale. However, nothing will be finalized until we've completed our community engagement process, due diligence and planning workm," Beth Robinson, president and CEO of Uptown Consortium Inc., said in a written statement to WCPO.

"Today we're worried about Avondale because the residents have said, 'What about us?'" Hairston said. "We don't want to be displaced by getting new developments where the prices of the properties go up and our real estate taxes go up. We can't afford that."

He said the Avondale community leaders want to see new residential projects in which a percentage of the units offered are affordable instead of priced according to the current market rate.

Hairston also said Avondale is open to market-rate housing. However, he said the city of Cincinnati needs an affordable housing policy.

He is also concerned about homeowners in Avondale who will sell their homes for amounts that are too low. He said the end result might be those residents will be forced to leave Avondale because they will not be able to afford new housing in the neighborhood.

Yvonne Howard said she doesn't know how long some of Avondale's senior residents will be able to stay.

"If they keep making affordable housing and not low-income housing for our seniors, we're gonna run our seniors out," she said. "They're not going to be able to survive here in Avondale."

Hairston said he is watching what is happening to property values in the West End as FC Cincinnati moves into the neighborhood to build it's new soccer stadium. He said some in the West End are seeing a 50% jump.

"That would be a fraction of what the values are gonna be in Avondale," Hairston said.

The Quality of Life Plan also pointed out another pair of concerns that could be affected by growing development in the neighborhood: the presence of black-owned businesses and the availability of jobs.

The Uptown Innovation Corridor project is expected to create up to 7,500 jobs in coming years.

"We're looking for benefits agreements from some of our developers to say that they'll hire a certain amount of Avondale residents," Gallelli said.

As far as black-owned businesses are concerned, the residents offering input to the Quality of Life Plan said they want to make sure there are business opportunities.

Gallelli said the Avondale Development Corporation wants to form partnerships with agencies that can help residents who want to start their own businesses and develop a business plan.

"We have a need for a new business district in Avondale," Hairston said. "And, in order to get one, you have to show solidarity and you have to show the effort is here to grow inclusionary-wise."

In spite of some concerns, many residents are hopeful about the future of Avondale.

"We see it as a destination," Gallelli said.