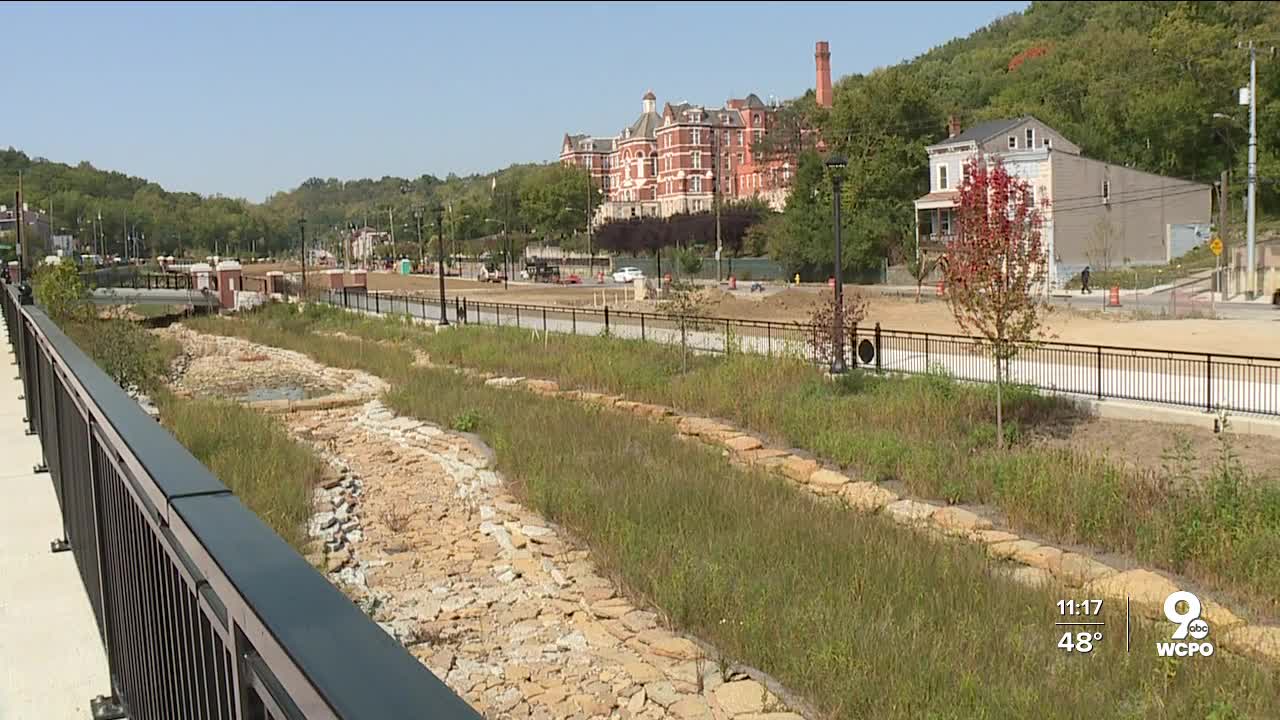 The Lick Run Greenway is more than just a park surrounding a stream with trees and other landscaping. It's also a $110 million dollar project by the Metropolitan Sewer District to prevent sanitary sewer and storm water from overflowing into the Mill Creek. 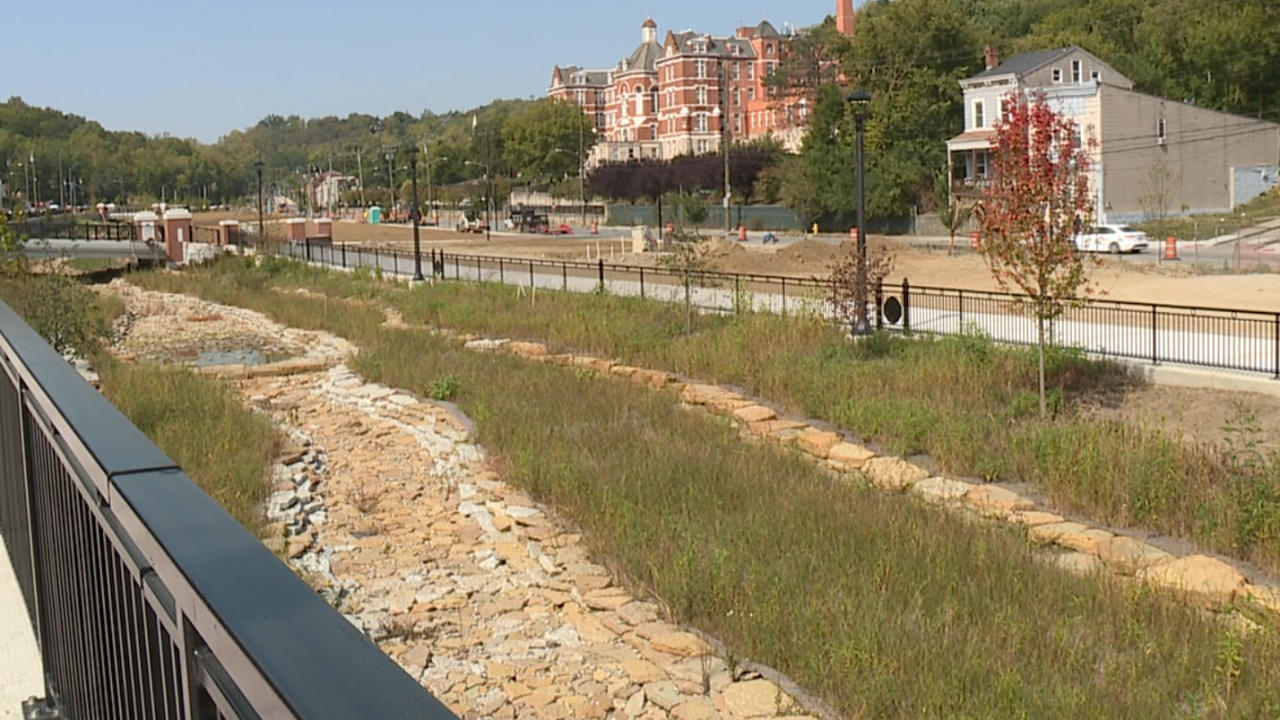 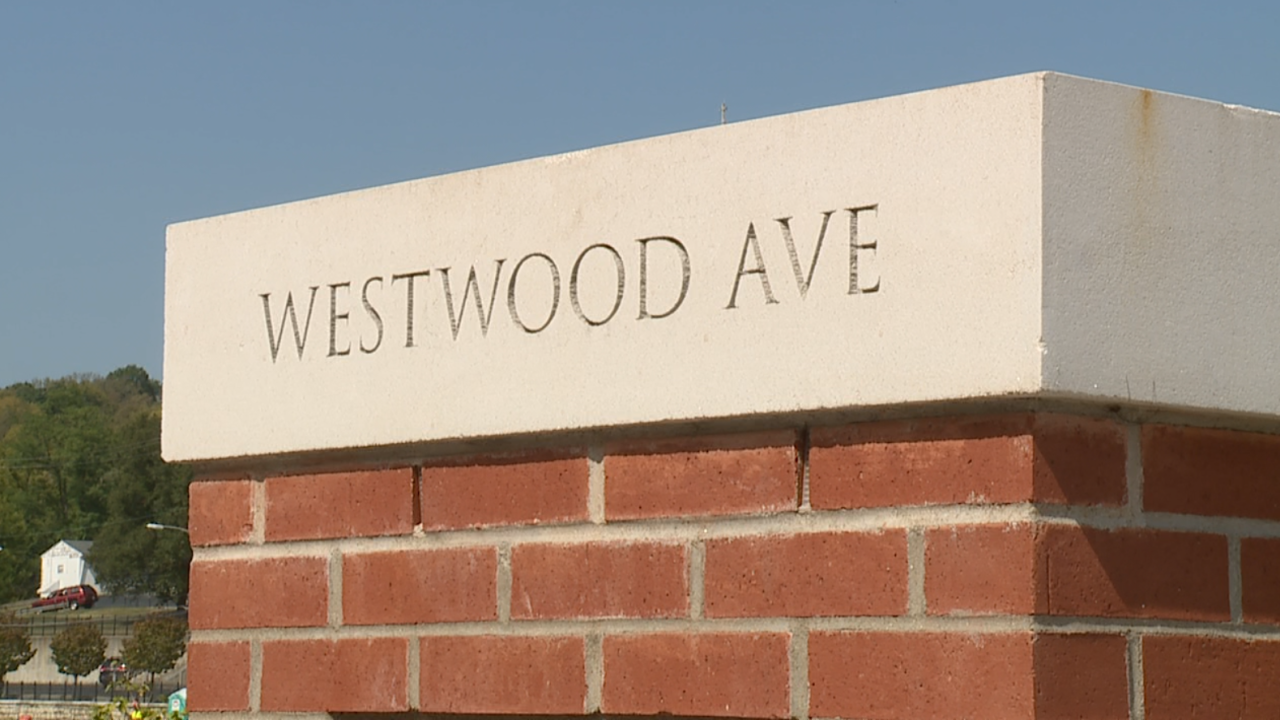 Jacquie Chischillie is a native of South Fairmount, and she's seen a lot of change over the years.

“I remember when the neighborhood used to be a safe place to walk around and everybody knew each other,” said Chischillie.

But, with a landscaped park featuring a stream running through the middle of the neighborhood between Queen City Avenue and Westwood Avenue, she's hopeful about what will come next.

“I did think it would take this long," she admitted. "I can’t wait 'til it’s done. And I’m really excited to see what it brings.”

The Lick Run Greenway is more than just a park surrounding a stream with trees and other landscaping. It's actually a $110 million dollar project by the Metropolitan Sewer District to prevent sanitary sewer and storm water from overflowing into the Mill Creek. Instead of using underground tunnels to separate the flow, MSD opted for a green strategy that solves the problem and beautifies the area.

“Everybody just wants to know when it’s going to be completely finished,” said Diana Christy, director of the Metropolitan Sewer District.

'Everybody' includes Jim Casey, who is president of the South Fairmount Community Council and Chischillie's husband.

The project is a 21st-century solution to a sewer overflow problem created in the 19th century.

“The Lick Run was a natural stream that was in this area, in this valley of South Fairmount," Christy said. "It was back in the 1890s that a decision was made to bury that with a large pipe underground, which really was for flooding control at the time.”

However, as South Fairmount grew, the demand on the sewer system increased as well, creating overflows into the Mill Creek. An Environmental Protection Agency consent decree mandated a remedy. MSD came up with a project that was part function, reducing overflows by half a billion gallons a year, and part beautification.

"The Lick Run project is now taking shape. It’s starting to look really nice and a lot of the amenities are being installed today,” Christy said. "We have the walking trails in place in many locations. We have lighting and the beginnings really of the civic recreation space that is being restored that used to be in place, including playgrounds and basketball courts.”

Neighborhood leaders see the project as a catalyst to revitalize the area with businesses and new residents. There are empty lots, vacant homes and buildings along Queen City and Westwood. Some of the structures in the area are over 100 years old.

“One of the things we’ve seen, kind of as we’ve gotten a little closer to the end, is that there’s more people interested in what they could put in some of those vacant spaces,” said Casey.

Several Cincinnati neighborhoods have community development corporations to help guide redevelopment efforts. Casey said South Fairmount does not have one, but it is something community members are considering with the expectation that the Lick Run Greenway could attract development.

“(That could) help kind of lock some of that available land into maybe a better avenue to get it to people who would do sustainable development that benefits everybody,” said Casey.

Meanwhile, there is still a bit more work to be done before MSD completes the project. A key feature, a pond east of Harrison Avenue, will allow the "bio-engineered" waters to flow.

“Once that pond is completed, we will be able to have the flow from the stream be recirculated so that you will actually have the amenity of a natural stream flowing through that area,” said Christy.

The project is expected to be completed by spring 2021.