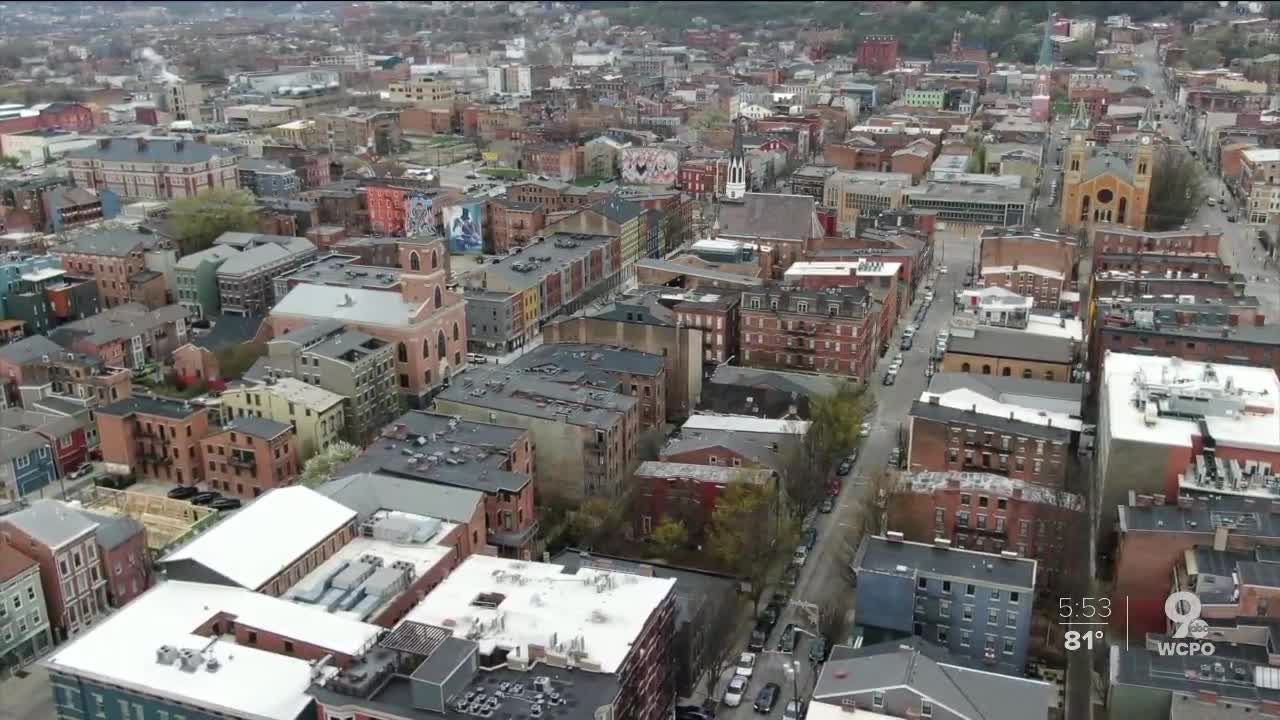 It is a $51 million project that will include 163 residential units contained in four brand new buildings and 16 revitalized historic buildings.

CINCINNATI — Despite the ongoing pandemic, a major housing development is expected to get underway soon in Over-the-Rhine, intended to bring more affordable housing into the neighborhood.

"The idea of doing this project now in the midst of this pandemic is a sign that Cincinnati will overcome this crisis,” said Cincinnati Mayor John Cranley.

It is a $51 million project that will include 163 residential units in four brand new buildings and 16 revitalized historic buildings. The project is a collaboration between the Cincinnati Center City Development Corporation (3CDC), the Model Group and the city of Cincinnati, if it gets final approval from the full council during its meeting Thursday. The apartment units will be a mix of affordable and market rate.

3CDC calls the project "Willkommen," which is German for welcome.

“This is actually a pretty ambitious project that we’ve been working with our partners from the Model Group on for about four years," said Joe Rudemiller, vice president of marketing and communications for 3CDC. “It’s really part of a broader, overall affordable housing initiative that we’ve worked with Model and Over-the-Rhine Community Housing and Episcopal Retirement Services on going back several years."

The city will vote on a financing package of about $5 million from some funds previously set aside for the project and TIF district funds. The remaining funding comes from a long list of sources including opportunity zones, low-income housing tax credits, new market tax credits, state and federal historic tax credits and other sources. Also, several properties owned by the city will be purchased for $1, which Rudemiller said helps keep the projects affordable.

“It’s not only providing new affordable housing units, which are desperately needed, but it also solves a blight issue of abandoned storefronts, and buildings where there might be squatters, there might be drug deals, there might be prostitution,” Cranley said.

There is a deficit of approximately 40,000 affordable housing units across Cincinnati and Hamilton County, according to a 2017 study.

"This is kind of the keystone project, I feel, like of this whole initiative,” said Rudemiller. “We’re gonna have folks making anywhere from 50 to 60 to 80 percent of the area median income, as well as market-rate units all in the same buildings.”

He said all of the units will have the same quality fixtures. There will also be retail spaces, with a focus on African American businesses.

“We have a goal of filling 50 percent of these commercial spaces with black-owned businesses. That’s a little more representative of the neighborhood,” said Rudemiller.

The project is focused on four areas with buildings being restored on streets like East 15th Street, Moore Street, Woodward Street and Race Street. New buildings will sit on four current parking lots, including at 1525 Vine St. and 1520 Republic Street.

The popular Alabama Fish Bar at 1601 Race St. is also in a building to be revitalized by the project. 3CDC is still working with the owner on whether to stay in the building or move to a neighboring building.

“Alabama’s is obviously a cornerstone of this neighborhood. So, it’s very important to us when we started this effort to make sure that they could remain in their space or in a portion of the project,” said Rudemiller.

Since several of the buildings, like the one leased by the Alabama Fish Bar, are historic, there are a number of guidelines that must be met during the revitalization.

“It starts with what’s there currently," said Jason Chamlee, vice president of mixed-use development for the Model Group. "So we get in the building, kind of figure out existing conditions, what historic fabric is left. Sometimes more in some buildings than others.”

“It feels daunting when you think about the numbers we will need. But, you gotta start somewhere,” said Cranley.

Construction should be begin by July 1. The project should be completed by early 2022.