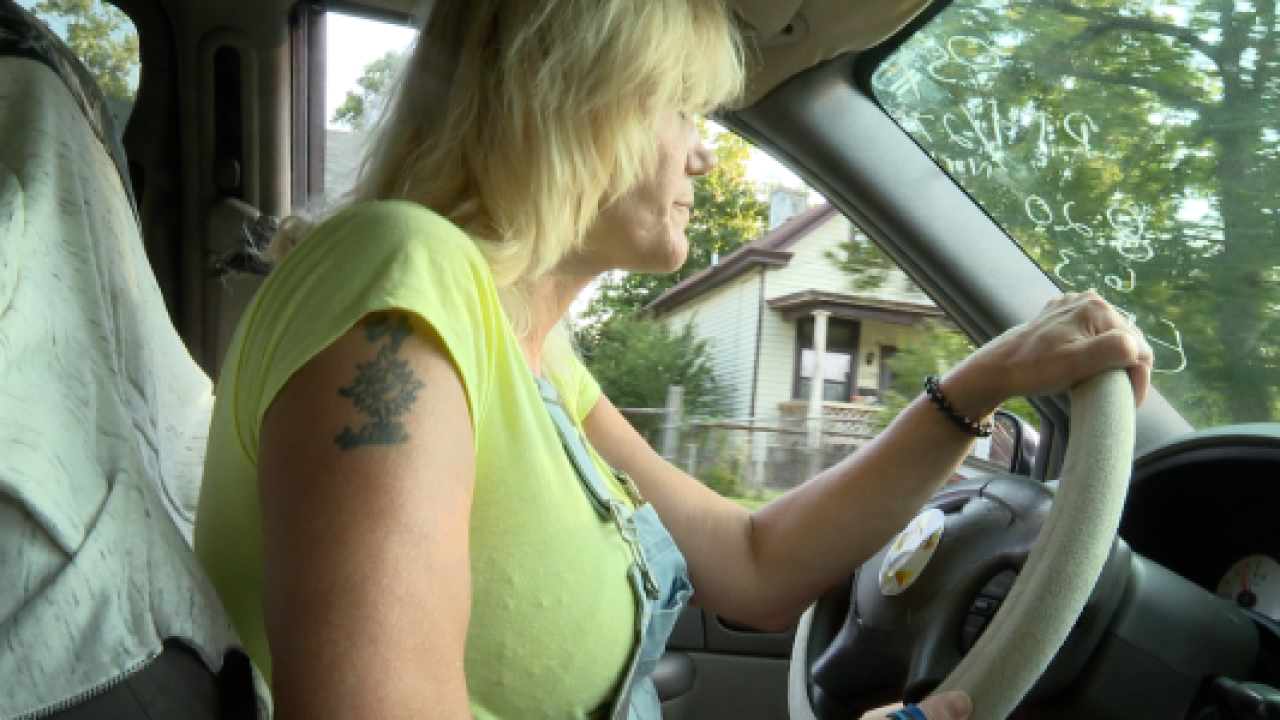 Sheila Martin was faced with driving to work on a suspended license -- or not getting to work at all. 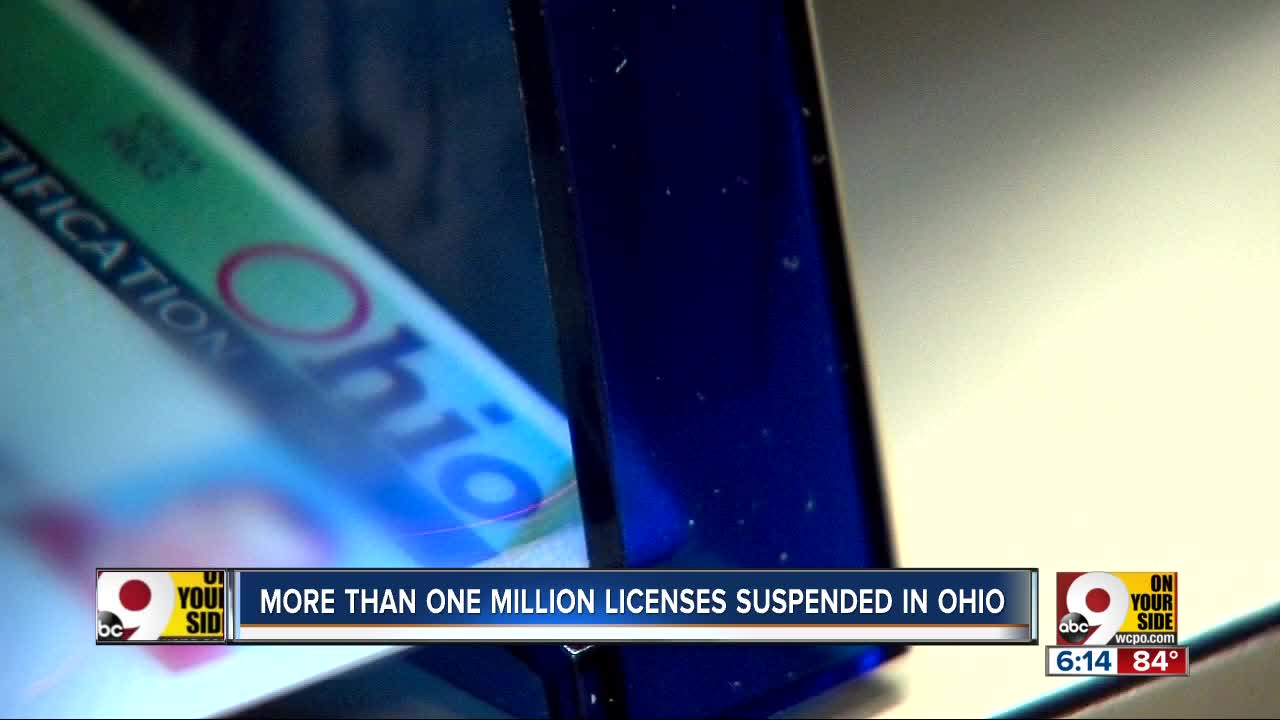 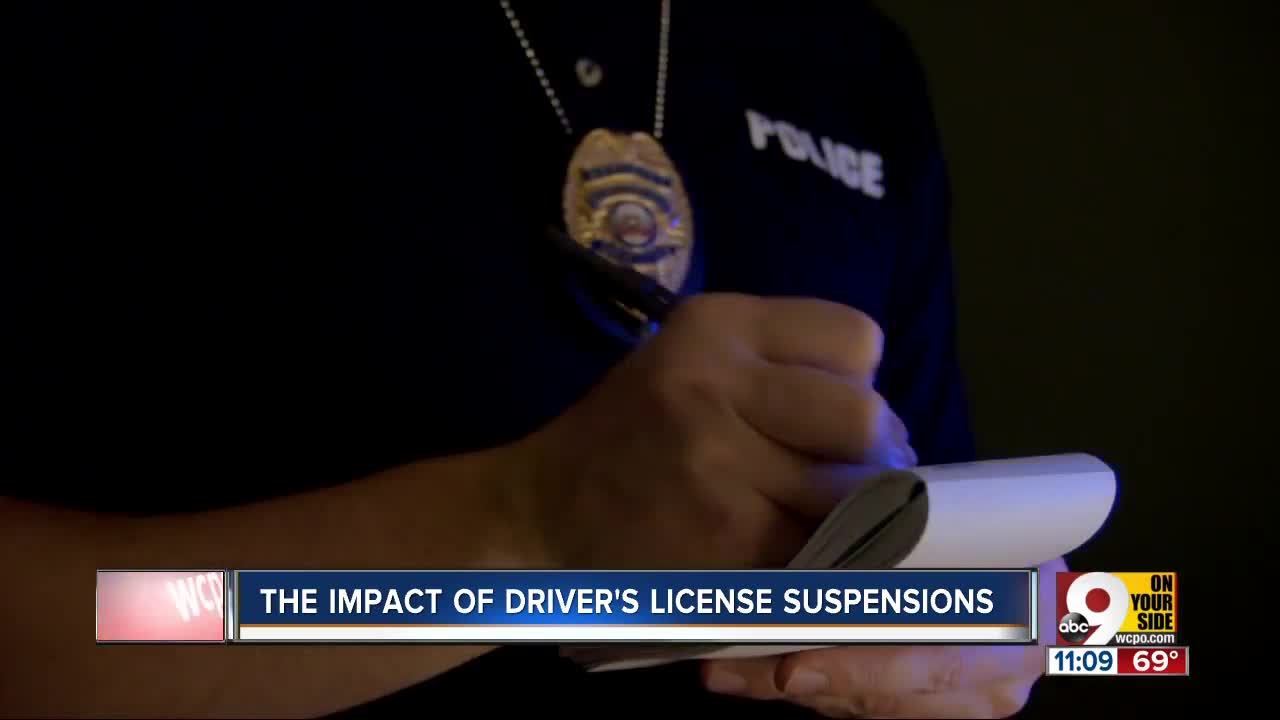 CINCINNATI — For four years, Shelia Martin made the 35-mile commute to her job in Middletown.

One night changed all that.

“The cops came to my door and said my car had been in an accident," Martin said. "I looked over and it was gone."

It turned out that Martin's car had been stolen. The person who stole it also crashed it.

Of course, none of that was Martin's fault. But her license was still suspended.

Martin's car was uninsured. The hard part to stomach was that she was in the process of getting rid of it -- in fact, it was waiting out front for a tow truck to come get it when that knock sounded on her door.

The suspension caused a spiraling affect on Martin's life.

She wracked up $3,000 in fines and reinstatement fees, but she couldn't pay the fines because she couldn't get to work.

Then she lost her job.

“I had a really good job for four years, but I couldn’t get there on time because I didn’t have anybody to take me,” Martin said. "I lost that job and that was my income.”

She found a new job, but then she faced a dilemma. If she wanted to get to work, she had to drive her car -- a different one than the one that had been stolen.

Martin isn’t alone in having to face what seems like an impossible decision. More than 1 million drivers in Ohio had their license suspended in 2018, and those suspensions often lead to downward spirals, especially in low-income families, said Regina Campbell, an attorney with the Legal Aid Society of Greater Cincinnati. Many of those drivers have more than one suspension. Then the fees pile up, making it harder to get out from under them.

“They make the decision: I’m either going to lose my job, so I have to keep driving," Campbell said. "So I’m going to keep driving, I’m going to be very careful. But, we all know that an accident can happen at any time. And then when the accident happens the downward spiral is vastly increased and sped up.”

There are more than 30 reasons why a person’s license can be suspended: failure to pay a traffic ticket; driving without insurance; juvenile school drop out; failure to pay child support and more. The most common is a non-compliance suspension, which is given when a driver doesn’t have car insurance. There are currently more than one million active non-compliance suspensions in the state.

“If you’re a single parent and have two kids and are quite literally living paycheck to paycheck, paying off a ticket becomes a very low priority,” Campbell said. “If you literally don’t have money to pay it, I see why people choose to pay their rent and then hope one day to pay off the ticket. That’s how this compounds for people.”

The Ohio BMV is currently trying to collect $500 million in outstanding reinstatement fees. A majority of that money will never be paid. That’s why some state lawmakers are stepping in to try and help.

"Sometimes $50 to some might as well be $5 million to others,” Greenspan said. “The issue is a lot of that debt is never going to collected. And if we think people are not driving because their licenses are suspended, I really don’t think we’re looking at the issues.”

As part of a six-month pilot program offered earlier this year, more than 76,000 drivers had their suspensions dropped or reduced, saving them a total of $63 million.

“We have to be in a place of moving those barriers and that is those suspended license fees for people who really just would not be able to pay them if it wasn’t for the sake of this program,” Brent said.

Brent said the bill is important for a variety of reasons, like strengthening the workforce because people will be able to consistently get to work and it'll keep people from moving out of state. Both lawmakers are confident the bill will be passed.

If and when that happens, they plan to take a deeper dive into the numbers and see which, if any, of the nearly three dozen types of suspensions can be abolished.

But “it’s only one small part of the solution,” Campbell said.

She has helped people apply for the program and supports the idea. But, she hopes more can be done.

“I would love to see if court would consider other means of enforcement or collection before they impost a forfeiture suspension,” Campbell said.

Reporter's note: An update to Shiela Martin's story: Legal Aid Society helped her get her fees removed and her license back. Reporter Mariel Carbone spent weeks working on this story and couldn't find anyone willing to say they were against reducing these types of fines. A spokeswoman for the BMV told Carbone that the office does not have an opinion because it simply administers laws and rules designated by legislation.