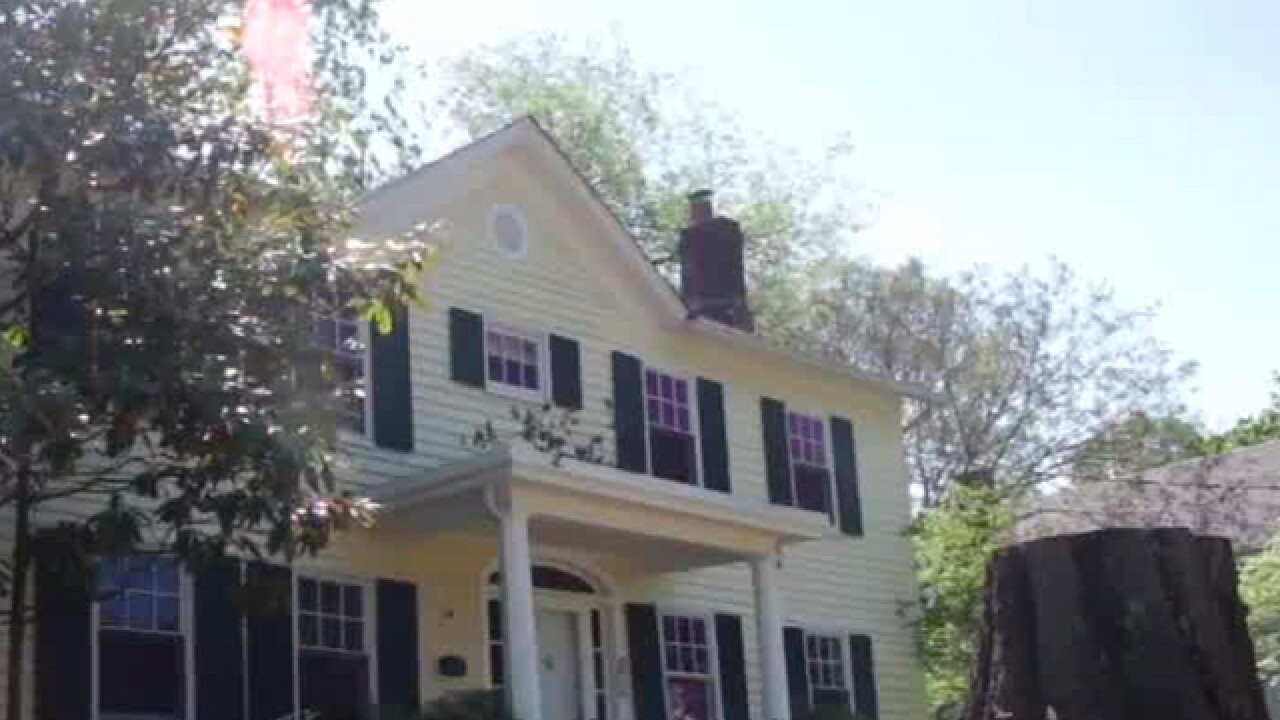 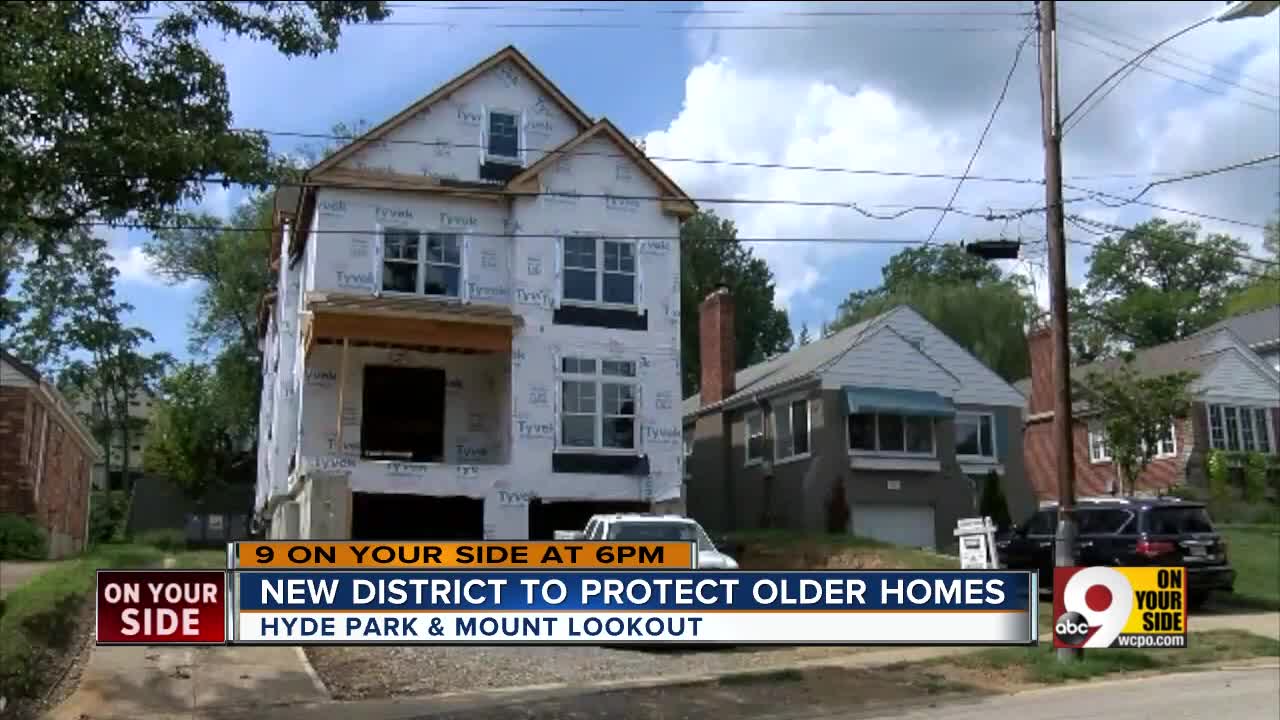 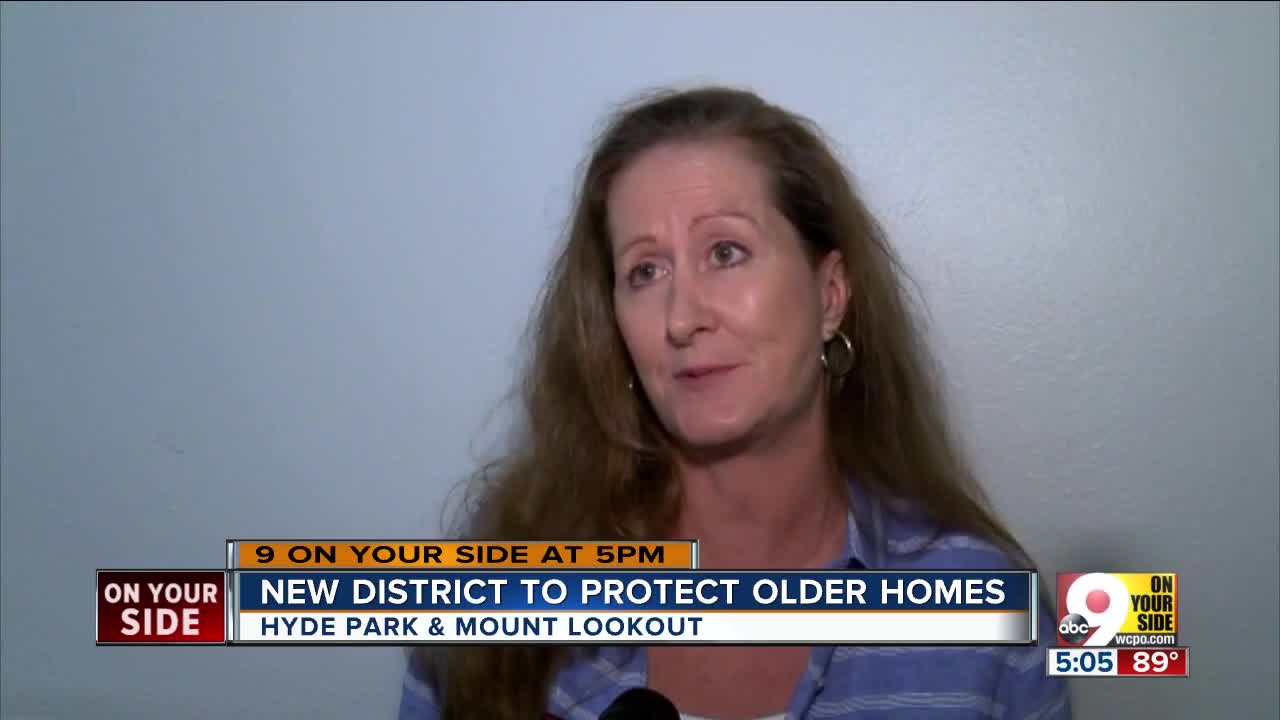 CINCINNATI -- There are plans in the works to put new rules in place for anyone who wants to redevelop property in Hyde Park and Mount Lookout, and to give Cincinnati homeowners a tax abatement if they remodel or renovate their home.

The Cincinnati City Council's Economic Development Committee voted Wednesday to create a neighborhood conservation district for Hyde Park and Mount Lookout. That came after the demolition of a Grace Avenue farmhouse sparked the creation of a taskforce to preserve older homes while encouraging new housing.

The demolished home used to belong to Karen Robertson. She said the community needed protection against "aggressive development."

"It's going to allow us to review what's being built, and to make sure what's torn down is replaced with something that's acceptable to the neighborhood," Robertson said of the conservation district.

Bob Smith is the president of the Hyde Park neighborhood council.

"The goal is to preserve and protect the character of the community — why people love Hyde Park, why people love Mount Lookout — but also to promote development," he said.

Smith's counterpart in Mount Lookout, Laura Whitman, said the neighborhood conservation district is an attempt to keep a close eye on what's being built.

"A neighborhood conservation district is really an extra layer of zoning that provides regulation over what can be done in our communities," she said.

"Instead of having zoning and building restrictions where one size fits all, they're saying they're going to look at it on an individual lot basis," he said. "So, depending on what is currently there, that impacts what you're going to build."

Kevin Frank of Hyde Park said he read the regulations and believes they're too specific.

"Their proposed restrictions coming down the pike about building materials, what kind of siding you can have on your house, where you can have satellite dishes — this is all very HOA-style regulation," he said.

The group is reworking language to reassure developers that, when they buy a property, they can go ahead with plans to develop it, according to Smith.

They're also developing standards on how new homes will fit in with older, existing properties.

"We don't want to stop demolition, but we want to make sure that what we get back fits into the context of what we have," Whitman said.

The effort is a work in progress. It could be implemented elsewhere in the city.

"Their solutions will benefit all 52 neighborhoods of the city," Robertson said. "Our neighborhood conservation district will serve as a model."

The working group will prepare its final report in about three months. The full City Council will consider the issue Thursday.

The move for tax abatements for homeowners who remodel or renovate comes amid debate on regulation for developers who tear down older homes and subdivide the lots.

An announcement about the plan should be coming next week, according to City Councilwoman Amy Murray. She said most of the attention in Mount Lookout and Hyde Park is focused on building new homes, but she believes those who want to stay and fix things up need a break, too.

"It will provide more adequate abatements for people who are choosing to renovate, rather than tearing down," Murray said. "That should be very positive for the housing market."