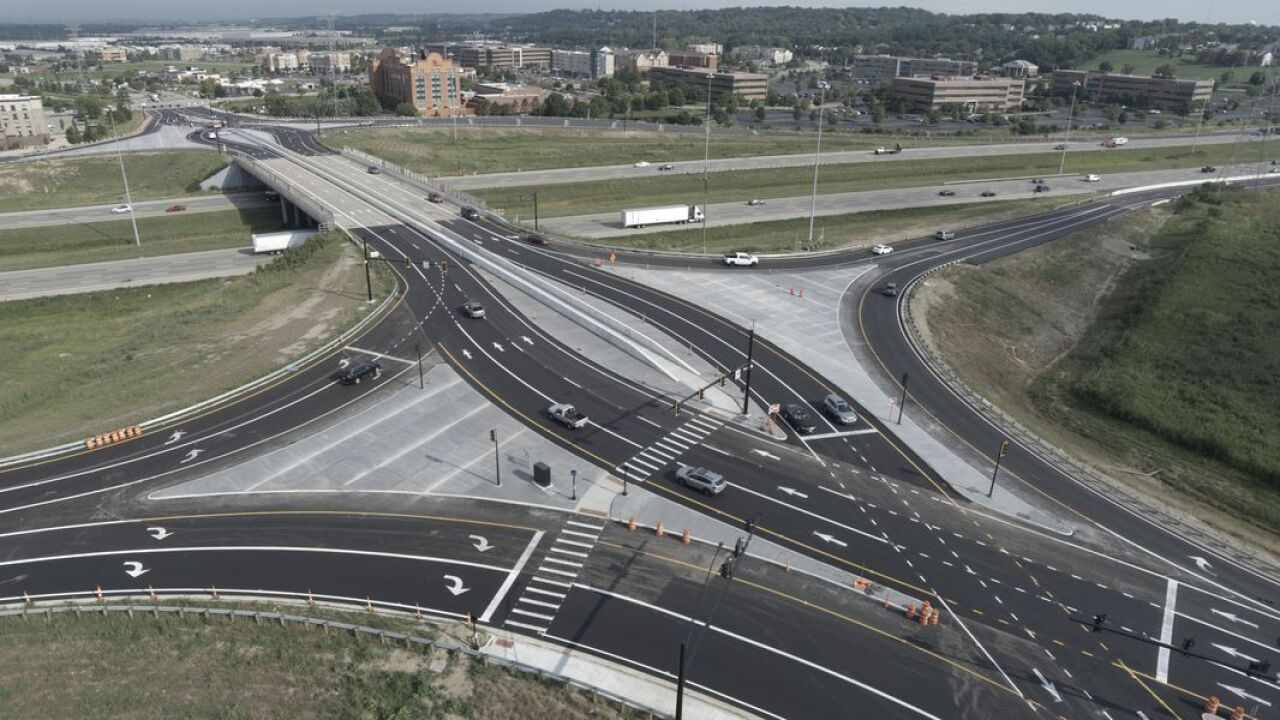 WEST CHESTER TOWNSHIP, Ohio — Completion of the latest interchange project on Interstate 75 in Butler County was next in a line of moves county officials are making to change or improve travel along the highway, the Journal-News reports.

The West Chester Twp. trustees staged a virtual ribbon cutting Tuesday night to celebrate the completion of the $20 million Union Centre Boulevard interchange over Interstate 75. Township Administrator Larry Burks said it is “open and moving traffic as it should.”

Welch said business development is important because it can keep taxes lower for residents.

The price for the free-flowing traffic design at Union Centre was revised several times, due to the fluctuating construction market.

The proposed Millikin Road interchange further north has been a top priority for the Liberty Twp. trustees for the same reason. There are about 700 undeveloped acres slated for commercial development in the Millikin Road area, and better access to 1,200 acres would be opened up — which would hold the equivalent of 12 Liberty Centers — when Cox Road is extended to Ohio 63 and if an interchange is built at Millikin Road.

“The only way that we can keep taxes from going up on individuals down the road is to find some commercial resources to tap for tax money,” Trustee Steve Schramm said previously.

The trustees approved a $100,000 feasibility study after the Ohio Department of Transportation gave the green light to the interchange. The study will get the township closer to a price estimate so they can start looking for funding.

Trustee Board President Christine Matacic has said the interchange itself will cost about $40 million, but to create the entire road system could double the price. She now envisions the interchange opening, if everything goes according to plan, in six or seven years.

The township has already had discussions with Butler County about sharing the financial burden, and Matacic said they want to find other partners.

“It’s going to benefit a lot of people in this area,” she said. “So I think we’re working on partnering with others to see what we can do, because we can get more done together than we can separately.”

Schramm said the county commissioners will be a “major player in the Millikin development since they will be the major recipient of the tax dollars that come out of it.”

“The county will be part of that, but it all depends how these last several months unfold,” county Commissioner Don Dixon said. “If revenues keep going down there’s less money to fund different projects; that would certainly be one of them. That’s going to take funding from a number of different sources.”

The final major interchange project is slated to start next spring. Many Butler County officials are upset that work needs to be done at the Liberty Way and Ohio 129 interchange at all since it was built only a decade ago. But safety concerns have prompted an estimated $22 million fix to the faulty design.

The project involves extending Ohio 129 to a new multi-lane Cox Road roundabout and modifying the Interstate 75 ramps, so there won’t be weaving or crisscrossing traffic.