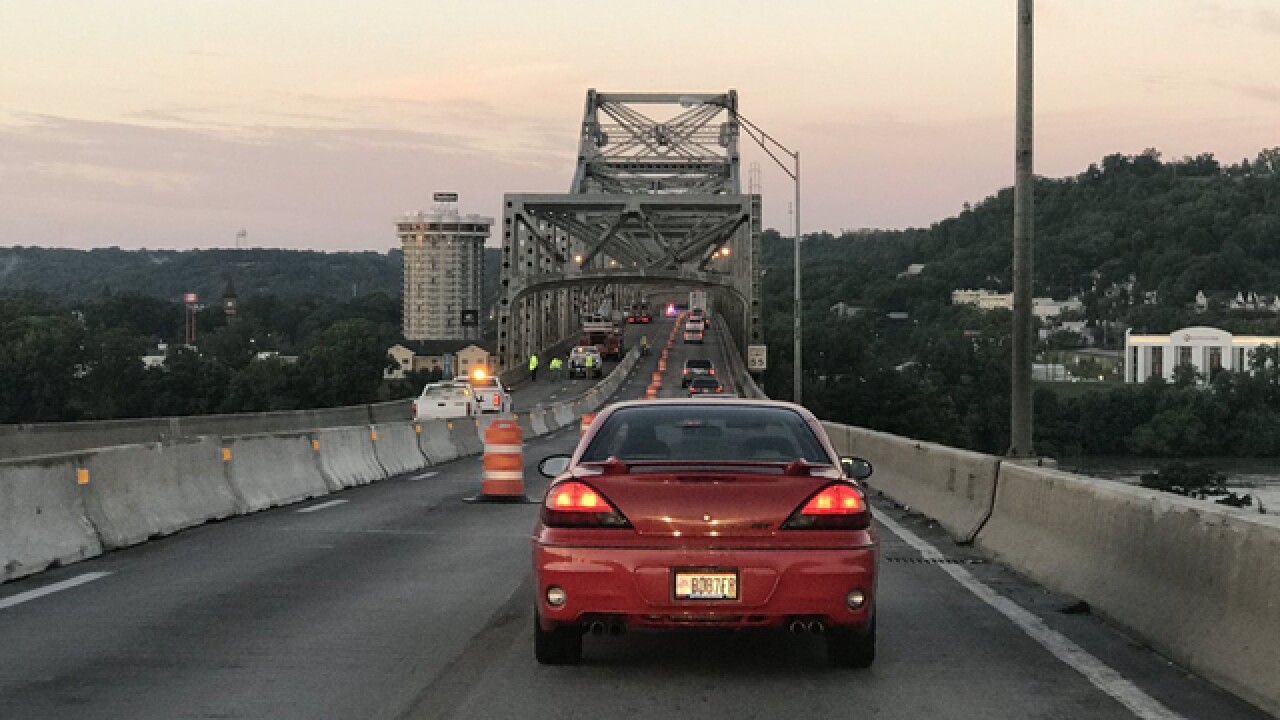 Copyright 2017 Scripps Media, Inc. All rights reserved. This material may not be published, broadcast, rewritten, or redistributed.
<p>Photo by Kristen Swilley | WCPO </p>

CINCINNATI -- A majority of voters would be fine with a $1 toll to improve the Brent Spence Bridge.

A survey, released Tuesday from the Cincinnati USA Regional Chamber, shows 61 percent would find the toll "acceptable," with 33 percent opposed.

RELATED: Many support public transit, but fewer willing to pay up

Pollsters found it's not a partisan issue, either: Voters of all political affiliations are likely to back an elected official who supports completing long-promised Brent Spence Bridge improvements.

The current proposal -- co-sponsored by the Kentucky Transportation Cabinet and the Ohio Department of Transportation -- is a sister bridge and lane expansion from Dixie Highway to the bridge, costing an estimated $2.6 billion.

Using tolls to pay for improvements to the Brent Spence corridor -- which would include the bridge itself as well as down Interstate 71/75 to Dixie Highway in Fort Mitchell and up I-75 North to the Western Hills Viaduct in Cincinnati's West Side -- has been one of Northern Kentucky's hottest political potatoes in recent memory.

Tolls are not the only option for funding major infrastructure projects, nor would they be the only financial foundation for a Brent Spence reboot.

Simpson represents District 65 in the northern portion of Kenton County. He hasn't been alone in criticizing the federal government.

There is also the Highway Trust Fund, established by the Federal Highway Act of 1956, that is fed by a national fuel tax on automobile gasoline.

Those surveyed voted in the November 2016 election. The survey, conducted May 20-24, included voters from Hamilton, Butler, Clermont and Warren counties in Ohio; Boone, Kenton and Campbell counties in Kentucky; and Dearborn County in southeast Indiana.