Why Ohio is leaving Donald Trump for Hillary Clinton 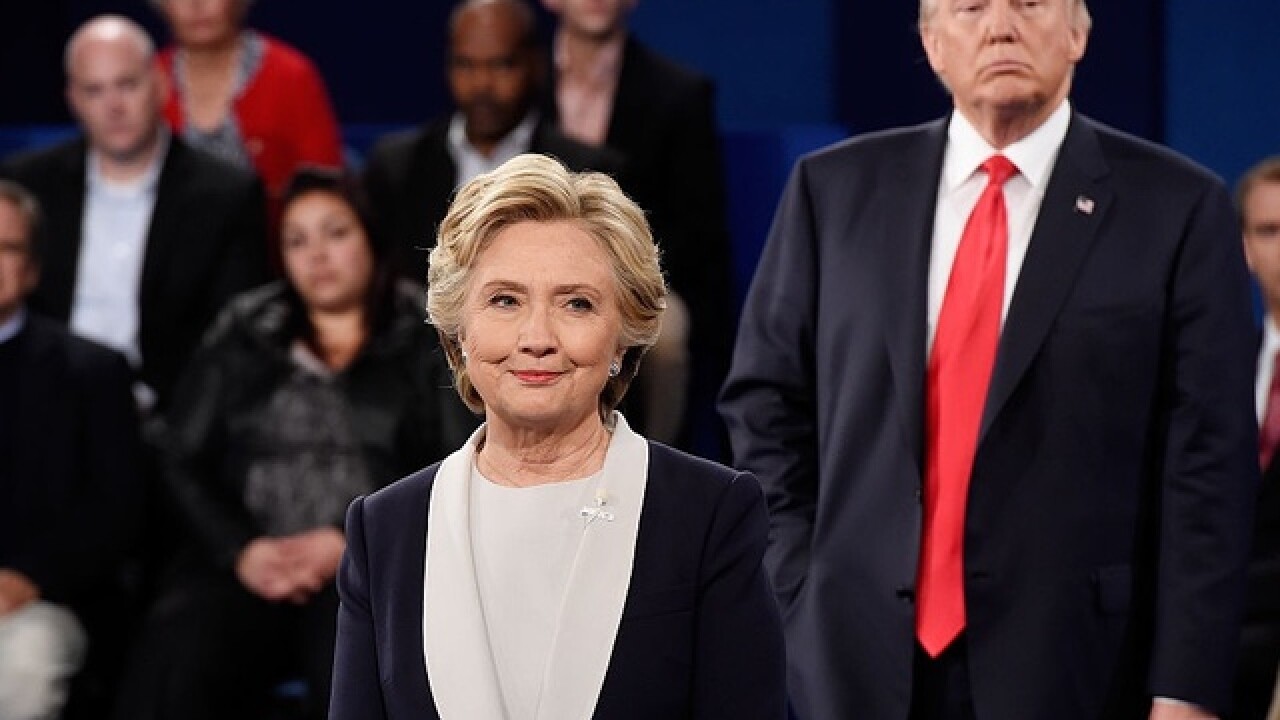 A month ago, Ohio -- a crucial swing state in the election -- was slipping away from Hillary Clinton, who was struggling to win over working class whites and impress millennials.

Today, the Buckeye State looks more and more like it's with her.

Why? In a special report Tuesday, CBS News blamed an implosion by Donald Trump.

The Republican nominee delivered a woeful opening debate performance, spent days feuding with a former Miss Universe, and it was all capped off the following week by news of a 2005 tape showing Trump seemingly bragging about sexual assaulting women.

That tape has led to a growing list of Republican lawmakers withdrawing their support for Trump and calling for him to step aside. Trump has apologized for the comments, and at Sunday night's debate, he denied groping and kissing women without their consent.

The Clinton campaign stresses that it never abandoned Ohio, even as polls showed the state tilting away from her several weeks ago, with some showing Clinton losing to Trump by as many as 5 points -- a far cry from the narrow win President Obama delivered against Mitt Romney. Trump’s appeal among working class white voters -- especially white men -- sliced into Clinton’s support among traditional Democrats, CBS News reports.

But even as their candidate focused her appearances on other battleground states, the Clinton campaign continued to push their economic message and register voters -- especially minorities and young people -- with a ground game far superior to that of the Republicans.

Clinton held one of her largest rallies ever Monday night, drawing more than 18,000 supporters to Ohio State University the day after her heated debate with Trump.

Clinton’s courtship of Columbus comes at a crucial time: voter registration closes Tuesday, and there are just 30 days left before the country is called upon to decide between Clinton and Trump. Ivanka Trump, daughter of the Republican candidate, visited Middletown last week, and Trump himself will hold his first Cincinnati rally in U.S. Bank Arena Thursday.

ELECTION GUIDE: See if you're registered, where to vote
FACT CHECK: Who lied about what in second debate?

Clinton reiterated her commitment to keeping taxes low for the middle class and drew cheers from the crowd with her next promise, which came from a joint proposal with former primary rival Bernie Sanders.

"We want anyone from a family that makes less than $125,000 a year to go to Ohio State University tuition free," she said.

President Barack Obama, a surrogate for the Clinton campaign, will visit the state Thursday for the  Ohio Democrats' annual state dinner.