Why did deer collisions go up in Ohio last year? 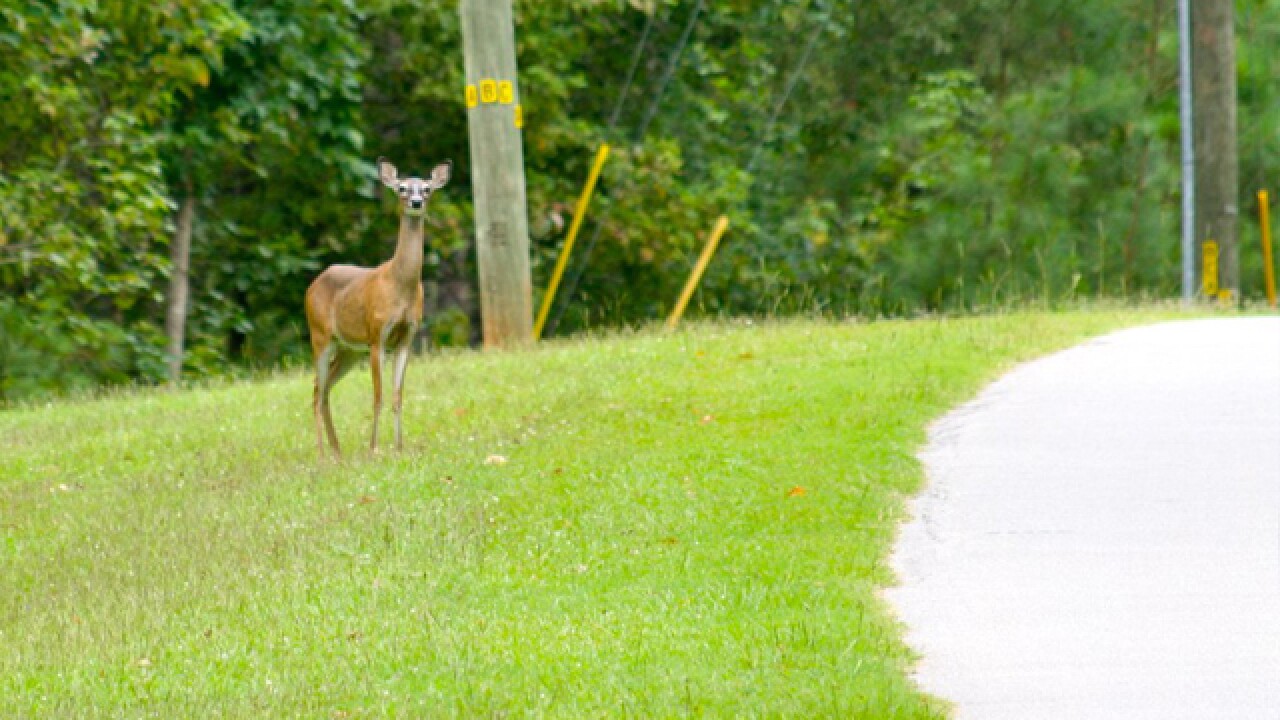 CINCINNATI -- Autumn means lots of things to different people. For some, it's comfy campfires and flannel scarves. For others, it's apple picking and Halloween.

Unless you're a deer. Then autumn means you're looking for love, and you're getting frisky.

And that can be dangerous -- even deadly -- for drivers.

Need another reason to be careful? Two of the top five counties for deer-vehicle collisions were right here in southwest Ohio.

Hamilton County tied for second-most crashes, at 527, and Clermont County was fifth, with 491. Both counties also had more deer-vehicle collisions in 2015 than 2014.

The increase might be simply a result of people driving more: The Ohio Department of Public Safety found a 7-percent increase in overall crashes last year compared with 2014. And the Federal Highway Administration found Ohio drivers logged more miles from October 2015 to January 2016 compared to the prior year, too.

Still, according to Bankrate, Ohio, Kentucky and Indiana weren't among the top 10 states nationally where drivers are at risk of hitting a deer. West Virginia topped that list, where a driver stands a 1 in 44 chance of hitting one.

Most deer-vehicle crashes occur at dusk and dawn, and last year's data from Ohio officials show they peaked in November.

The best tips to avoid a hitting a deer: