MAP: These are the deadliest intersections here 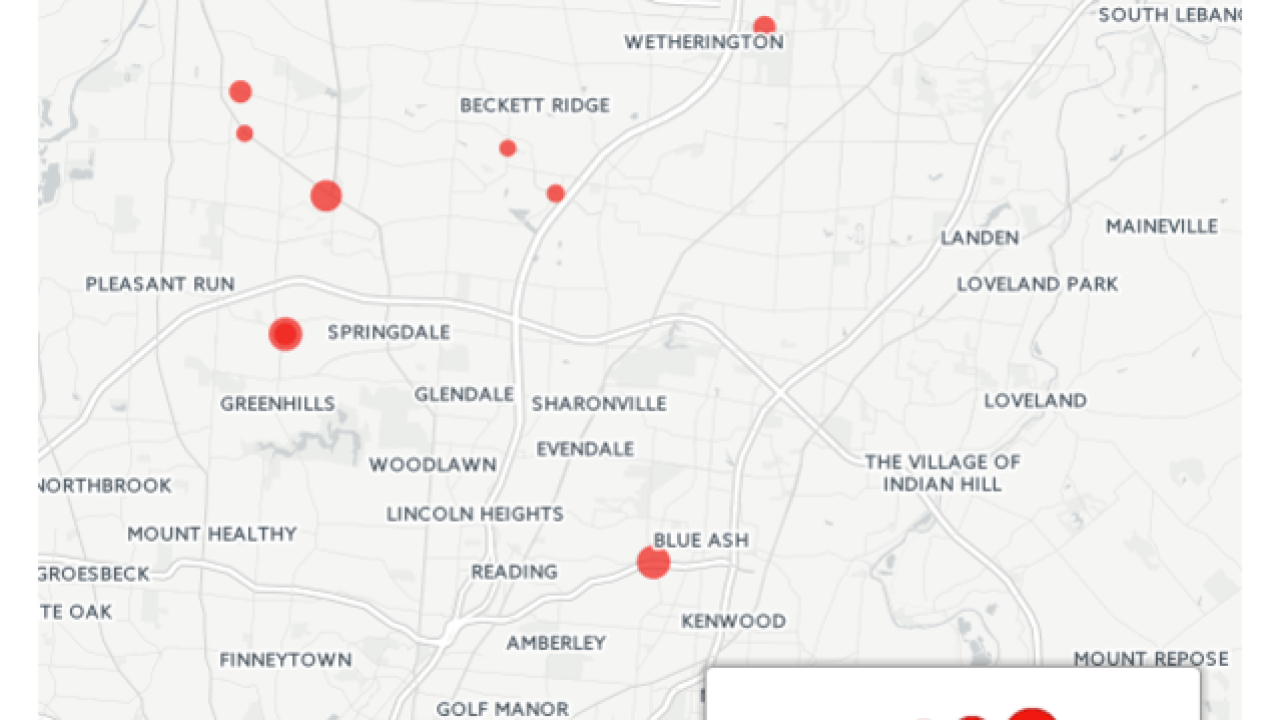 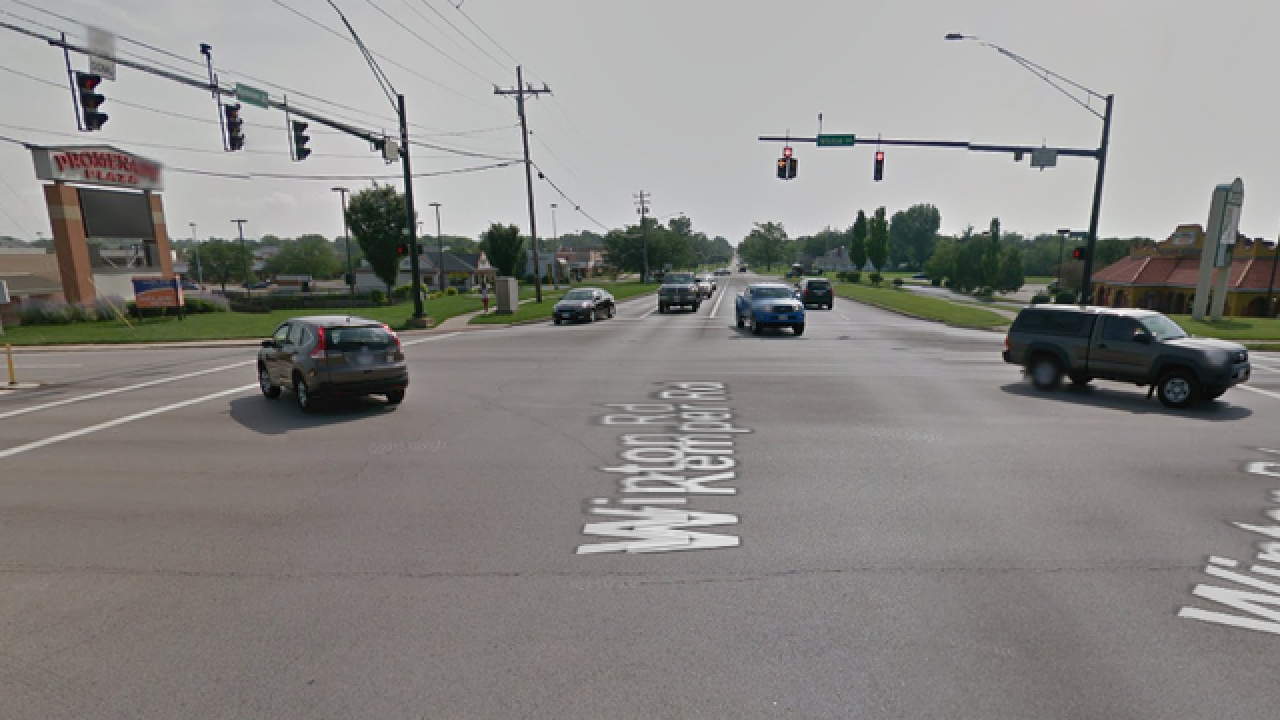 CINCINNATI -- Thirteen of Ohio's 100 most dangerous intersections land right here in the Greater Cincinnati area, according to a recent analysis by the Brannon Law Firm in Dayton, Ohio.

Zoom in on the map below and hover over the circles to get additional information including the name of the intersection, city, number of crashes, injuries and (if any) fatalities for that location.

As a major intersection at the heart of the town, Winton and West Kemper Road saw the third-highest number of accidents involving injury in Ohio. The authors speculated the reason for this could be that the intersection is right next to the 1,500-student Winton Woods High School and the Forest Park Square shopping center.

"High-volume pedestrian traffic coupled with car traffic at peak hours can create a tricky situation," they wrote in the analysis.

"The city’s permanent population is approximately 12,000 people, which makes it the smallest city in the top 10. But it’s in close proximity to Cincinnati, so that number stretches to 55,000 during the day thanks to the 2,000 businesses within the city limits. And this intersection leads to the on-ramp for the Reagan highway, so this many cars and so few lanes can lead to potentially hazardous situations during rush hour."

In order to determine the Buckeye State's most dangerous intersections, the Brannon Law Firm determined a "danger score" for each intersection based on the total number of crashes, injuries and fatalities provided by the Ohio Department of Public Safety for the years 2013 to 2015.

Each crash earned the intersection one point, an injury added three points and fatalities added 10 points to the score.

View the entire report for a list of Ohio's 100 most dangerous intersections, which can be sorted by city or by number of crashes, injuries or fatalities.