What Ohio's special election could tell us about November 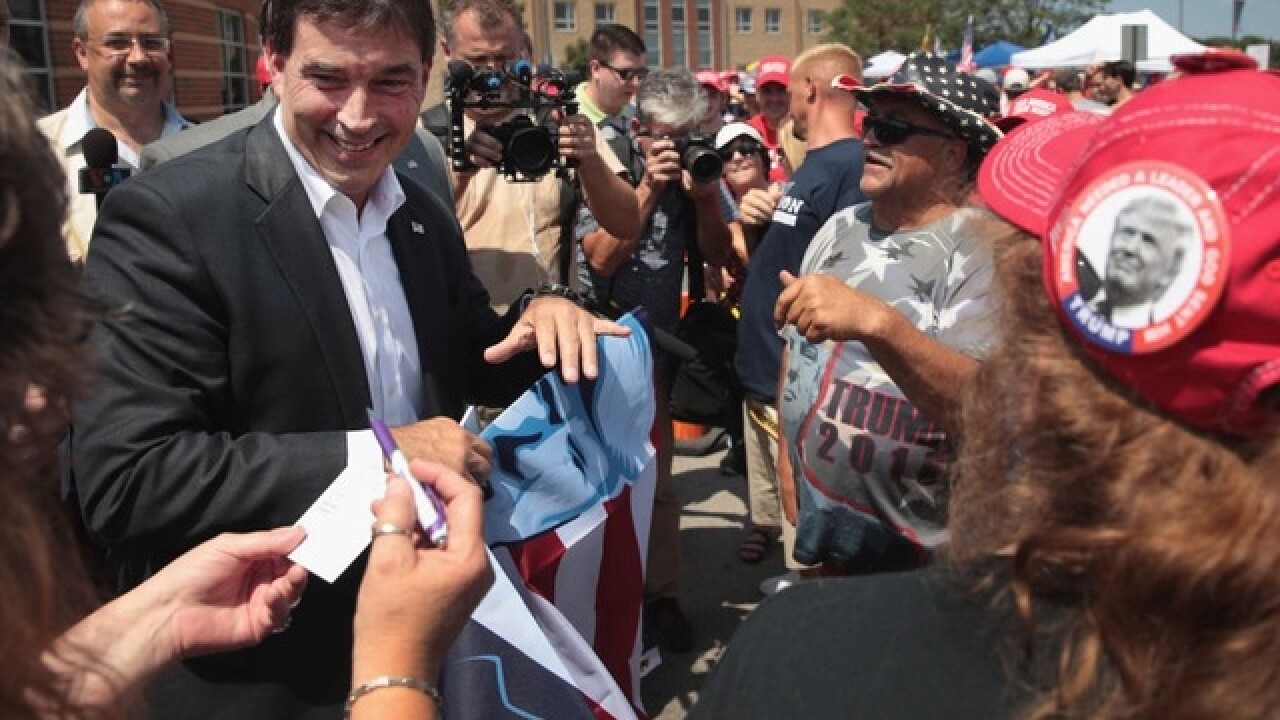 (CNN) -- The Ohio special election in the 12th Congressional District is coming down to the wire. In the last major tea leaves before the 2018 midterms, an average of recent polls puts Republican Troy Balderson just ahead of Democrat Danny O'Connor in their bid to succeed Republican Pat Tiberi.

In a number of ways, the battle between Balderson and O'Connor is a good illustration of what we'll see in the fall. Here are five reasons why:

1. The power of President Donald Trump

A look at the most recent Monmouth University poll gives you an understanding of how important feelings toward the President are in this election. Balderson received 86% of his support from voters who approved of the job Trump was doing. O'Connor, on the other hand, earned 93% of his vote from those who disapproved of the President.

In Ohio, Balderson is barely holding on because Trump's approval rating is about even with his disapproval rating in this district that voted for him by 11 percentage points in 2016. The average fall congressional campaign won't be played on as favorable turf for Republicans, and they are likely going to suffer as a result.

2. The power of local factors

While Trump will be the predominant force moving voters in the midterms, he won't be the only driver. As I previously wrote, it's important to look at the entire voting history of a district beyond the presidential election. Ohio 12 has tended to vote for Republican candidates. It's been represented by Republicans in the House since the early 1980s. The average Republican in local and state elections has carried the district by a little over 20 percentage points since 2012.

The strong Republican lean in local and state elections may be what saves Balderson. It would also make an O'Connor victory that much more impressive. If you examine previous special elections this cycle and their relation to only the past presidential vote, O'Connor should be considered a slight favorite. When you look at all (not just presidential) recent elections for which TargetSmart could provide data, Balderson became the slight favorite based on how previous special elections have gone.

Keep local and state factors in mind in the fall. They may end up hurting Republicans more than helping. Districts like Kentucky 6 and West Virginia 3 have a history of voting for Democrats on the local and state level, although Trump easily carried both in 2016. Both are highly competitive at this point in the 2018 midterms.

You'll hear a lot about the importance of California, the Sunbelt and the New York City metropolitan area in this year's midterm elections. Indeed, all of them will be key to how the House goes.

Perhaps less spoken about is how important the industrial Midwest (or Rust Belt) will be. If you look at the CNN race ratings, more than 30% of Republican House seats that are at risk of falling to the Democrats are in this region. That is, districts like Ohio 12.

Now, not all the districts in the industrial Midwest look like Ohio 12. Like all regions, this one has diversity within it. Still, reporters should get used to looking at the region to know if Democrats are going to take back the House.

It shouldn't be surprising that the industrial Midwest will play such a key role in November. It's in the region's historical DNA. More than 30% of the Democratic pickups in the 2006 wave election came from seats in the industrial Midwest. Had Al Gore, John Kerry or Hillary Clinton swept the swing states in this region, they would have been president.

Ohio 12 has a higher percentage of people 25 and older with college degrees than any other district in the state. At 40%, the district is also significantly more educated than than the nationwide average.

The high level of education in the district is no doubt keeping O'Connor in the game in this ancestrally Republican district. The average Monmouth poll has shown him doing significantly better among whites with college degrees than whites without college degrees.

November is likely to feature one of the largest educational gaps in a midterm election. The most recent CNN poll found that voters with college degrees are 23 points more likely to support the Democratic nominee for Congress than those without college degrees. Among white voters specifically, the education gap was 35 percentage points.

If Democrats take back the House in November, it will be in large part because whites with college degrees turned out in massive numbers to support their campaigns.

Of course, none of the above matters if Ohio 12 was a one-off. We know, though, that it isn't.

Democrats have been greatly outperforming the partisan baseline in congressional special elections so far this cycle. Even in the races that Democrats haven't been winning, they've been doing consistently better than you'd expect if the political environment were neutral.

Dating back to midterms since 1994, this average under- or overperformance versus a district's or state's baseline has predicted how well each party would do in the November election.

A low-single-digit win for Balderson or O'Connor would be in line with what has occurred previously this cycle. The average of all these results points to somewhere in the neighborhood of a 10-point victory for Democrats in the national House vote in November.

That would be good enough for an over-30-seat gain for Democrats, which would give them a clear majority.