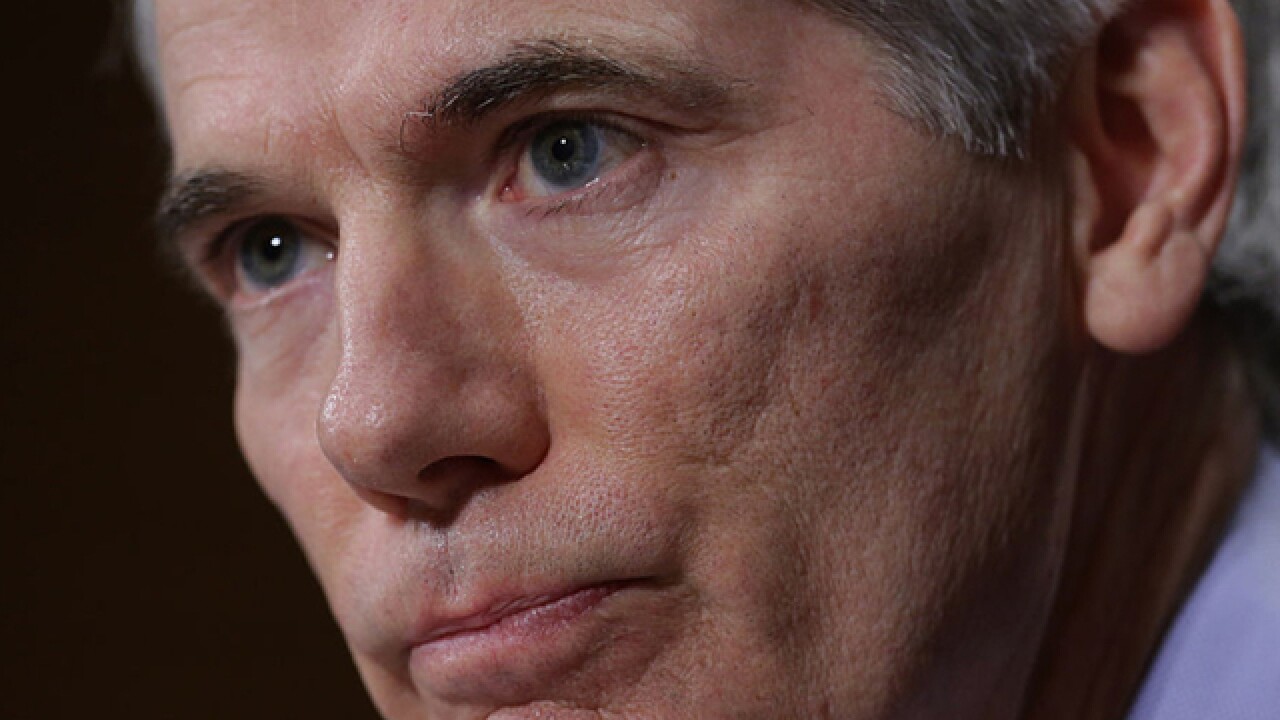 Some Republicans in Congress, including Ohio Sen. Rob Portman, are donating their contributions from Las Vegas billionaire Steve Wynn to charity in light of sexual misconduct allegations against the former Republican National Committee finance chairman.

The announcements come in light of a Wall Street Journal report Friday that Wynn, a casino mogul and prolific Republican donor, sexually harassed several women. Wynn, chairman and CEO of Wynn Resorts, has denied the allegations.

Portman is donating the $5,400 his campaign received from Wynn for his 2016 campaign to charities aimed at stemming human sex-trafficking in Ohio, a spokeswoman said.

Wynn’s home-state senator Dean Heller, who is running for re-election this year, is donating the $5,400 his campaign received last year from the casino mogul to a yet-determined charity, campaign aides said Monday.

Aides to House Speaker Paul Ryan confirmed he would donate $1,000 from a Wynn-related business group to a Wisconsin homelessness charity. Rep. Karen Handel of Georgia, who won a special election last year, was giving the $2,700 her campaign received from Wynn to a Georgia charity for sexual and domestic abuse victims.

“I don’t even think it’s a close call to return the money,” Collins said on CNN’s State of the Union.

The allegations against Wynn are part of a wave of sexual misconduct claims against prominent media, entertainment and political figures that gained momentum last fall after the emergence of detailed allegations of rape and harassment involving movie producer Harvey Weinstein.

During the fall, RNC officials, including McDaniel, noted that Weinstein had been a top donor for Democrats, including 2016 presidential nominee Hillary Clinton.

In October, McDaniel tweeted that if the Democratic National Committee “truly stands up for women like they say they do, then returning Weinstein’s dirty money should be a no-brainer.” The RNC has not yet said whether it will return any money donated by Wynn.

Heller and Portman and are part of a long list of mainly Republican lawmakers, candidates and party organizations Wynn has contributed to in recent years, though he has also previously backed Democrats.

Wynn contributed $5,400 to the 2016 campaigns of Sens. Ron Johnson of Wisconsin, Lisa Murkowski of Alaska, Marco Rubio of Florida and Tim Scott of South Carolina. That year, Wynn also contributed $167,000 to the National Republican Senatorial Committee.

Since 2013, Wynn has contributed nearly $2.4 million to GOP candidates and party organizations around the country, including 2017 special election winners.

The fallout to Wynn’s business interests continued Monday. Shares of Wynn Resorts had falling about 18 percent since first allegations were reported.

It will be headed by Patricia Mulroy, a board member and former member of the Nevada Gaming Commission.