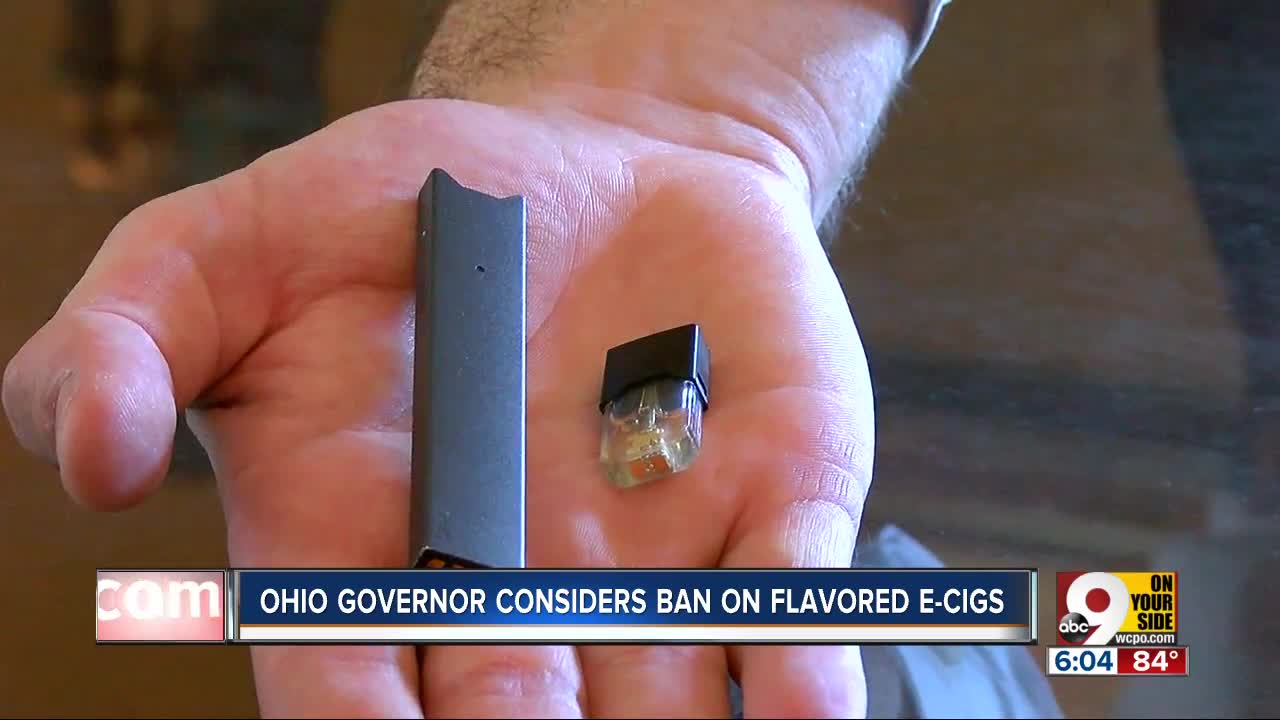 Representatives of the vape industry say a ban will only drive customers toward underground products — those they purchase online or make at home — and potentially create an even greater danger. Doctors argue the e-cigarette industry has been able to thrive without scrutiny or safeguards for too long, exploiting children and recovering smokers by presenting itself as an alternative to traditional cigarette use. 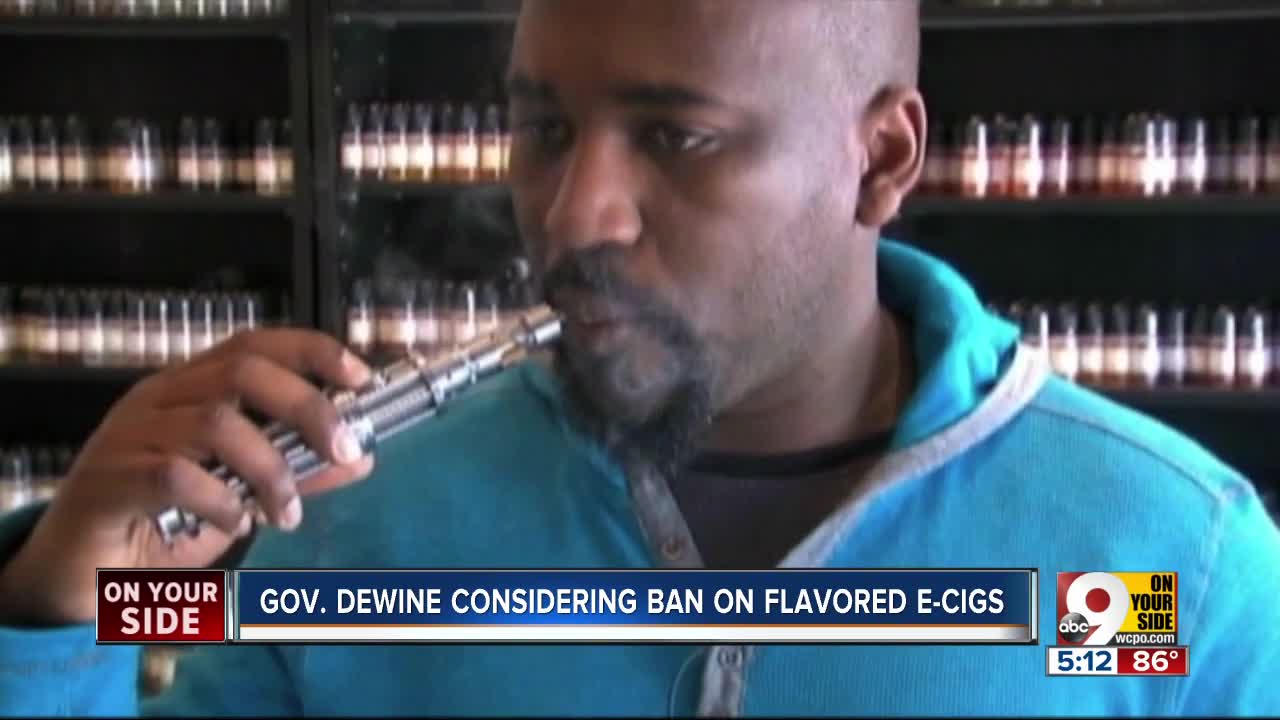 Ohio Gov. Mike DeWine is considering a ban on flavored nicotine pods amid a nationwide outbreak of vaping-related respiratory illness, officials from his office confirmed Wednesday afternoon. If enacted, the ban would make Ohio the third state in the country — after New York and Michigan — to halt sales of the controversial product.

DeWine’s spokesman, Dan Tierney, told WHIO the increase in teenagers who are vaping is “a severe public health issue that needs to be addressed.” Tierney said DeWine and Ohio Department of Health Director Dr. Amy Acton are looking into the issue.

“The explosive increase in vaping among our youth is a public health crisis, and we must educate them and their parents about the dangers of vaping,” Acton said. “Youth have shown an increased vulnerability to nicotine addiction, and evidence suggests that nicotine use during adolescence and young adulthood has long-term impacts on brain development.”

Juul, the most recognizable and subsequently most criticized e-cigarette manufacturer, sells nicotine pods in flavors including mint, mango, fruit and cucumber. Although the vapor produced by these pods smells better than traditional cigarette smoke, any form of nicotine use still creates addiction and puts users at increased risk of oral cancer.

Doctors and researchers have argued that the teenagers' rising rates of e-cigarette use are linked to the existence of the flavored pods, which make the habit superficially more palatable and better-tasting than smoking.

“If you see a kid smoking, everybody stops," said Dr. Steve Feagins, medical director for Hamilton County Public Health. "It’s a big deal. You see a kid vaping, we haven’t stopped. We need to stop.”

Cincinnati Children’s Hospital confirmed last month it treated a patient “who admitted to vaping whose illness could not be attributed to other factors.”

The case was among at least 153 nationwide potentially linked to e-cigarette use, which Surgeon General Jerome Adams called “an epidemic” among American youth in late 2018. On the day he said it, about 21% of high school seniors reported having vaped within the last month, according to the New England Journal of Medicine. Rates of e-cigarette use among all surveyed groups — seniors, sophomores and eighth grades — nearly doubled between 2017 and 2018.

Gregory Conley, president of the American Vaping Association, said it is "absolutely shameful that health departments are blaming vaping generally when the facts point to street-bought THC cartridges as being the likely cause of these hospitalizations,” CNN reported.

The Ohio Vapor Trade Association argued in a statement that banning the flavored pods would endanger e-cigarette users by driving them back to old-fashioned cigarettes or compelling them to mix their own vaping fluids at home.