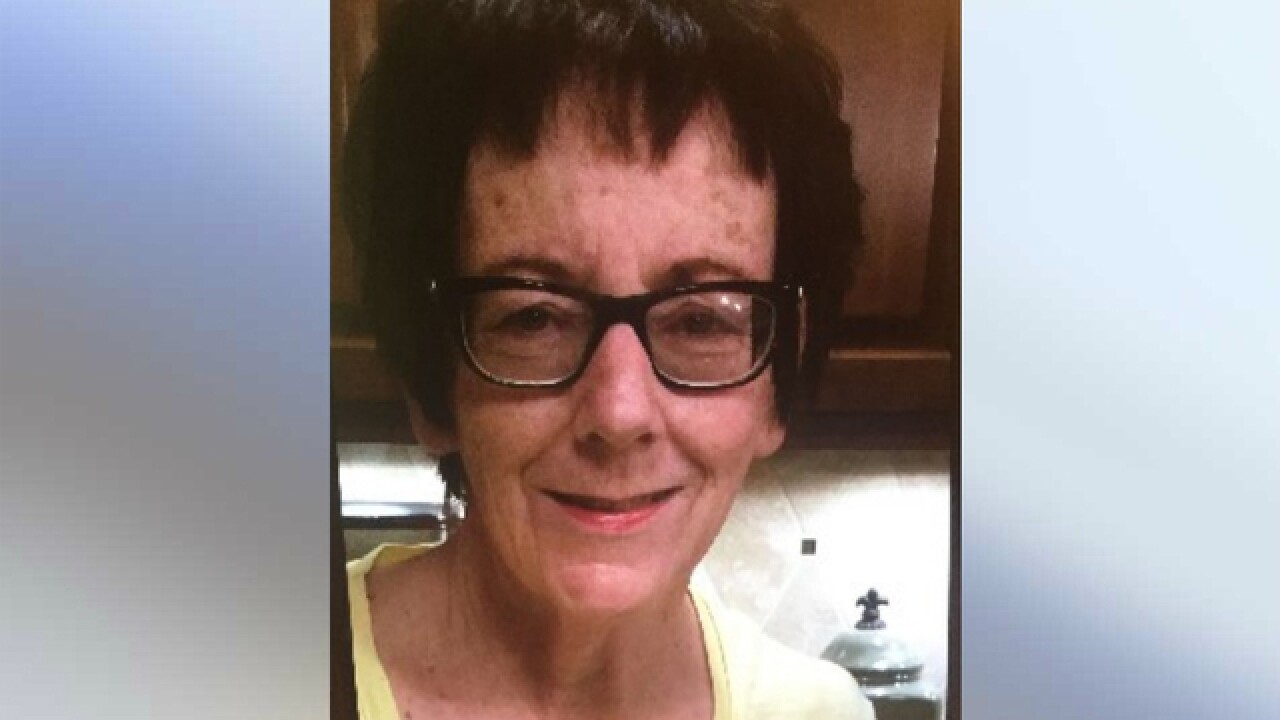 The Solon Police Department said 71-year-old Karen Walczak left her daughter’s residence on Summerset Drive in Solon around 5:20 p.m. Friday, and has not returned.

Police described a vehicle involved as a black, 2012 Honda Accord with Pennsylvania plates.

Walczak is about 5 ft. 3 in. tall with brown hair and blue eyes, weighing around 148 pounds.