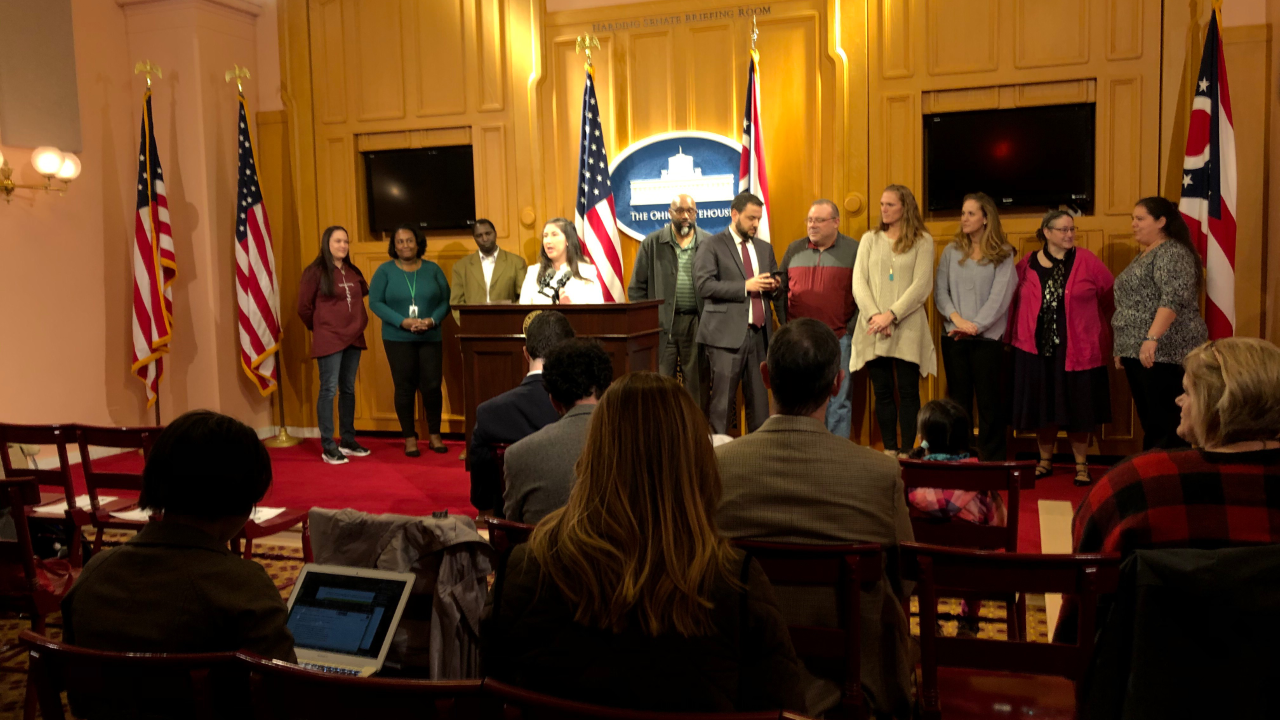 COLUMBUS — Parents and students throughout Ohio are asking lawmakers to hold off on changes to the state’s private school voucher program known as EdChoice.

Parents and students spoke out at the Ohio Statehouse in Columbus Tuesday during a press conference hosted by Ohio non-profit Citizens for Community values. The at-times emotional showing highlighted the experiences of a number of families who would potentially lose their private education vouchers if the program is amended.

“I think I can speak on behalf of all these parents here,” said Brian Holbrook, a parent of three students currently attending private school through the EdChoice program. “How can you tell a kid as a parent, ‘Hey I’m sorry, but you have to go to public school for a year, and then maybe you can go to the faith-based school that I want my children to go to.’”

State lawmakers have proposed changes to the program, such as requiring students to attend public school for one year before becoming eligible for a voucher.

Sen. Matt Dolan, a Republican from Chagrin Falls, has sponsored an amendment to House Bill 9 that would also remove the inclusion of building grades when classifying a school as failing or not failing according to state report cards. Without this change, the number of schools listed as failing in Ohio would jump from 517 to 1,227 next year. Students must otherwise attend a failing school in order to be eligible for the voucher program.

And while Dolan knows the amendment would be a burden on some families, he believes the change is still needed.

“My amendment would reduce the number of schools that are eligible, thus some families won’t be eligible,” Dolan said. “And while I feel for those particular families, the damage of saying all those schools are failing will do much more harm to the state as a whole than the unfortunate few families who may not be able to get an EdChoice scholarship.”

Local schools pay up to $6,000 per voucher for students in their district. The nearly 140 percent increase in failing schools could be a potential burden on many school districts.

However, opponents of the amendment insist that while they’re willing to work with lawmakers, a change to the program this late (EdChoice applications open up on Feb. 1) is unfair.

“We’re willing to work with lawmakers down the line,” Baer said. “But to take it away right now, in the middle of the application period, when parents are already starting to apply to schools and then are soon going to be applying for the EdChoice voucher, it’s highway robbery.”

If House Bill 9 is to be amended with a change to EdChoice, it must happen before Feb. 1, when applicants can begin applying for vouchers.