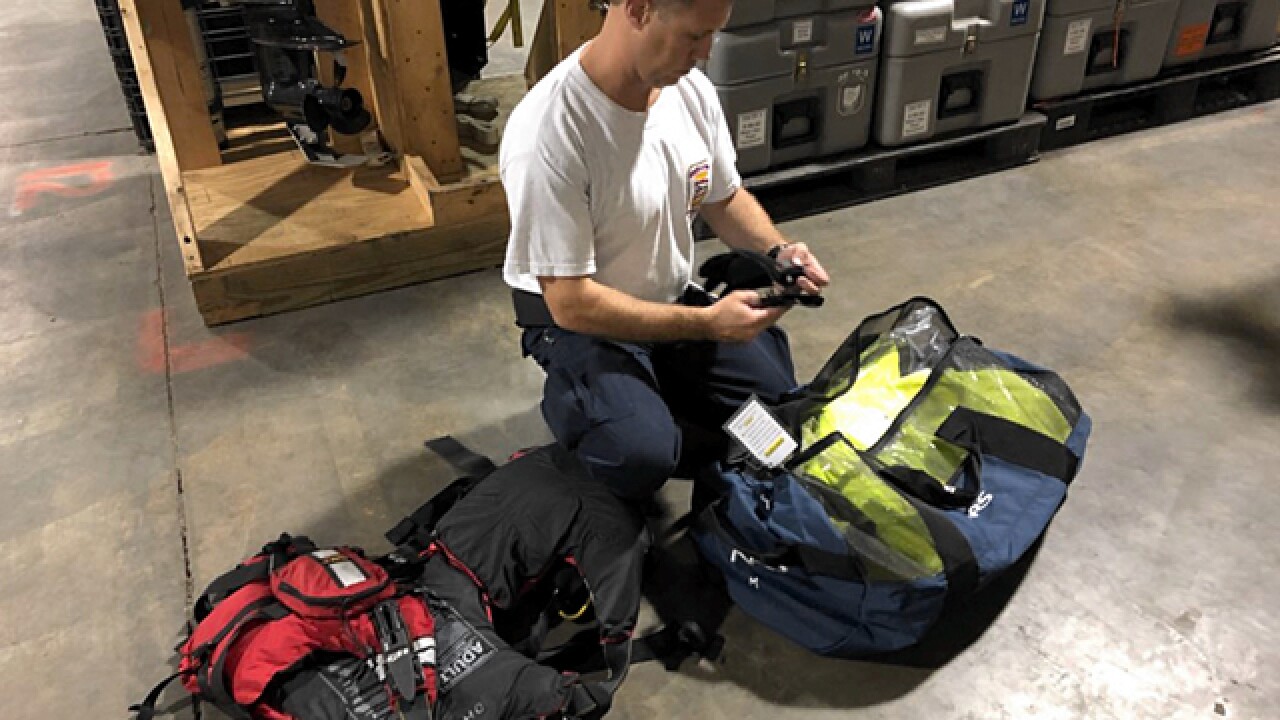 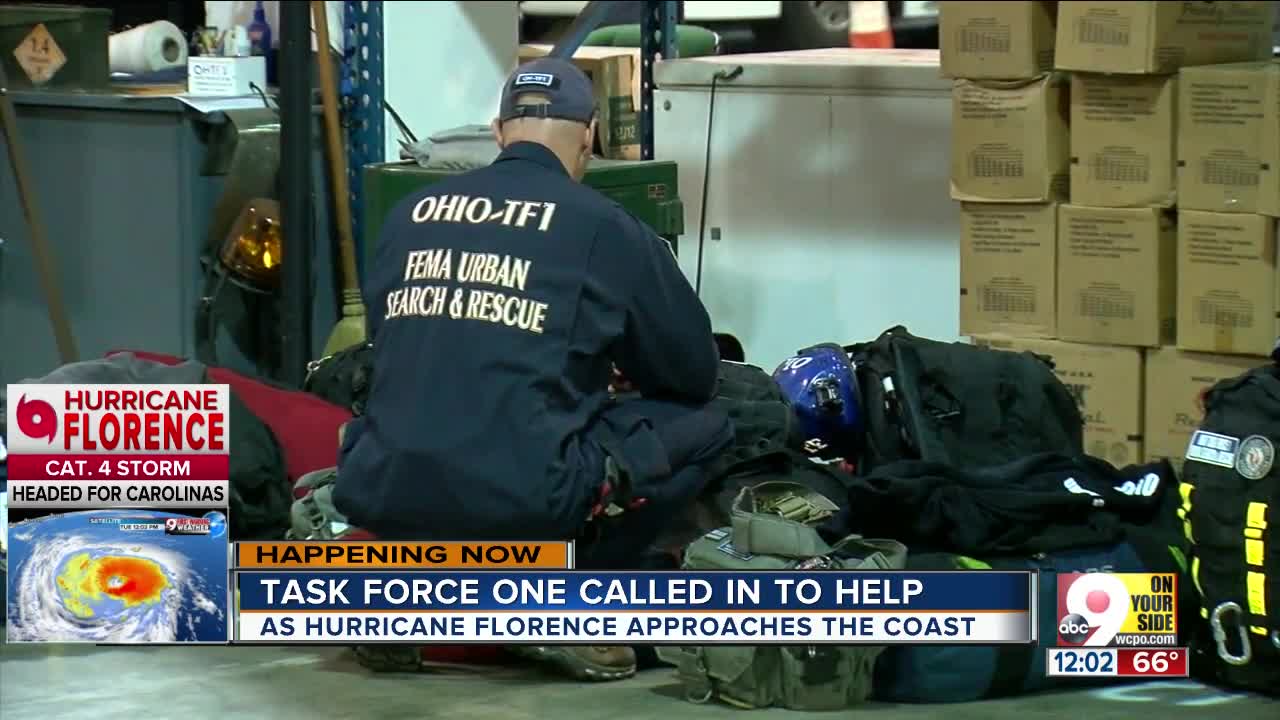 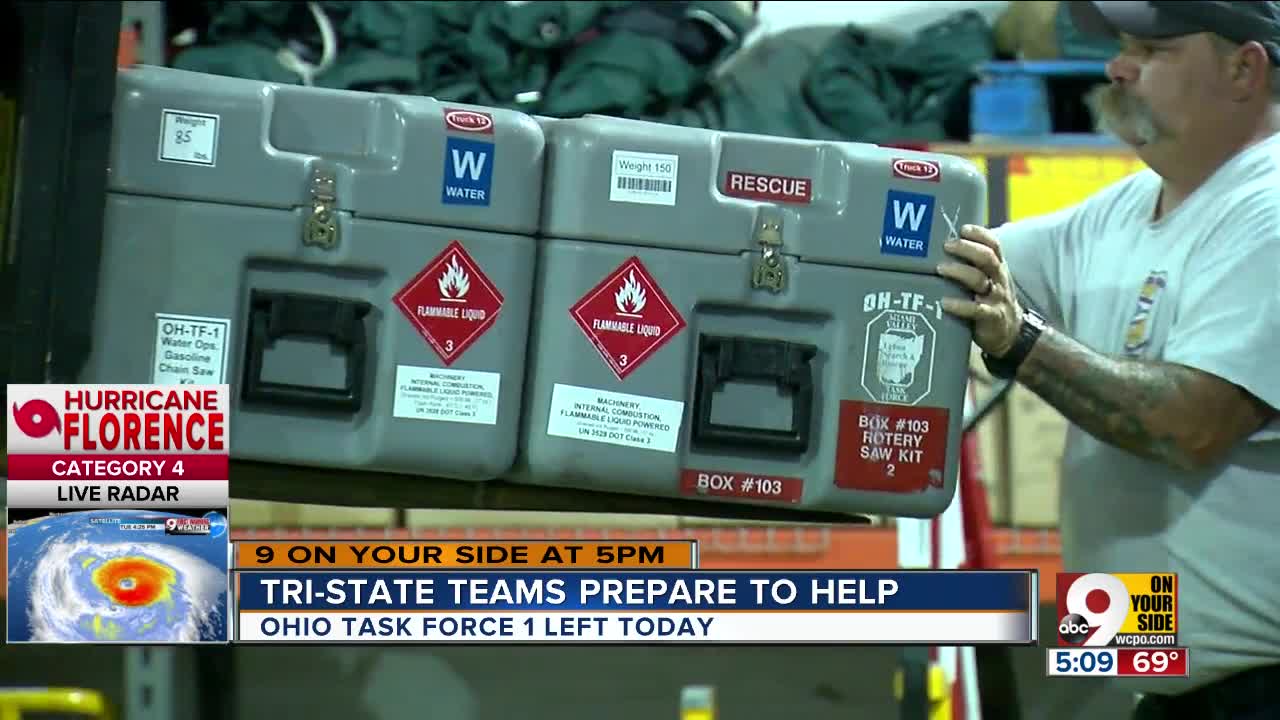 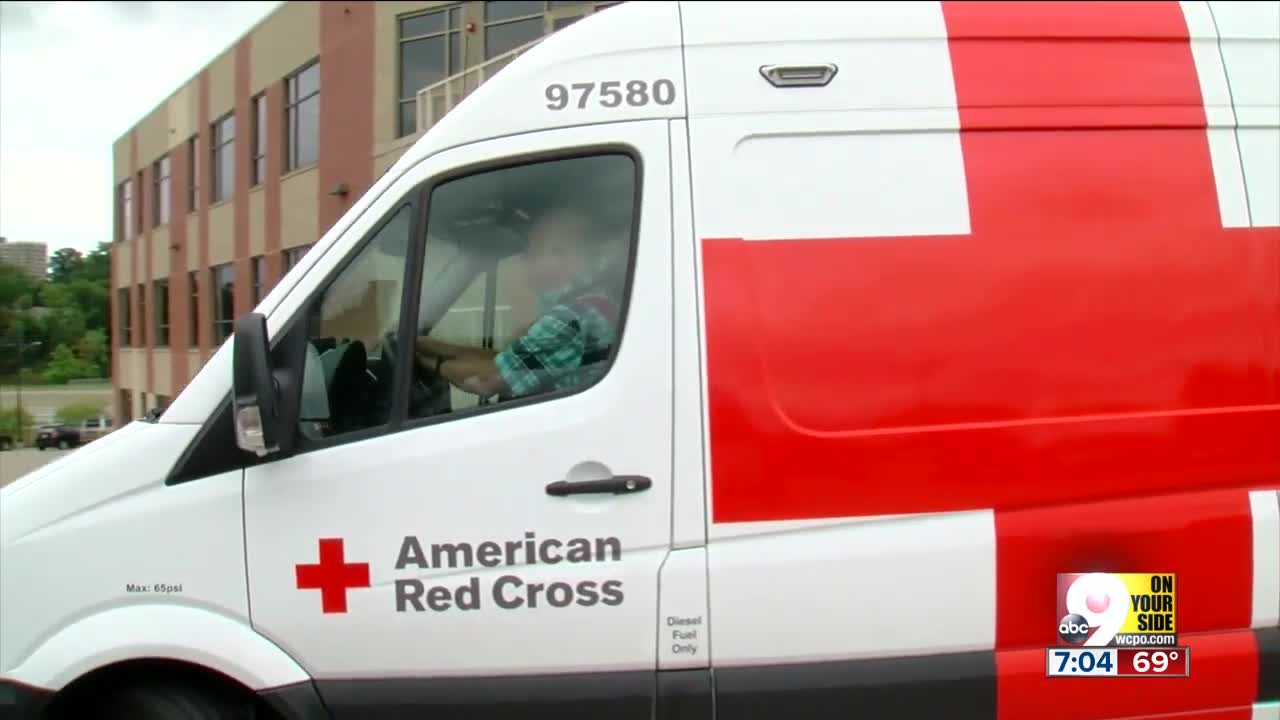 Florence has been upgraded for the second time Monday and is now a Category 4 hurricane, according to the National Hurricane Center. Florence has maximum sustained winds of 130 mph and is expected to continue growing as it heads toward the U.S. East Coast.

Ohio Task Force 1 heading out from their warehouse in Kettering. They’ll travel nearly 600 miles to Kinston, NC, ahead of #HurricaneFlorence , where they’ll help in relief and rescue efforts when the storm hits. @WCPO pic.twitter.com/Dm1HvKDMnm

Crews will deploy a Water Ready Package, also known as WRP, to a spot in Kinston, North Carolina, where the hurricane is expected to make landfall.

The WRP is a 16-member team that will establish urban search and rescue resources. The team will be able to work on continuous 24-hour cycles while deployed. The team is made up of a water rescue manager, squad officers, boat operators, water rescue specialists and medical specialists.

About half of the team members are from the Cincinnati area, according to Phil Sinewe.

Last year, the team went to Texas to assist with the fallout from Hurricane Harvey.

Further strengthening is expected as Florence moves toward North and South Carolina, where it could unleash its fury as the most powerful storm to hit the area in three decades.