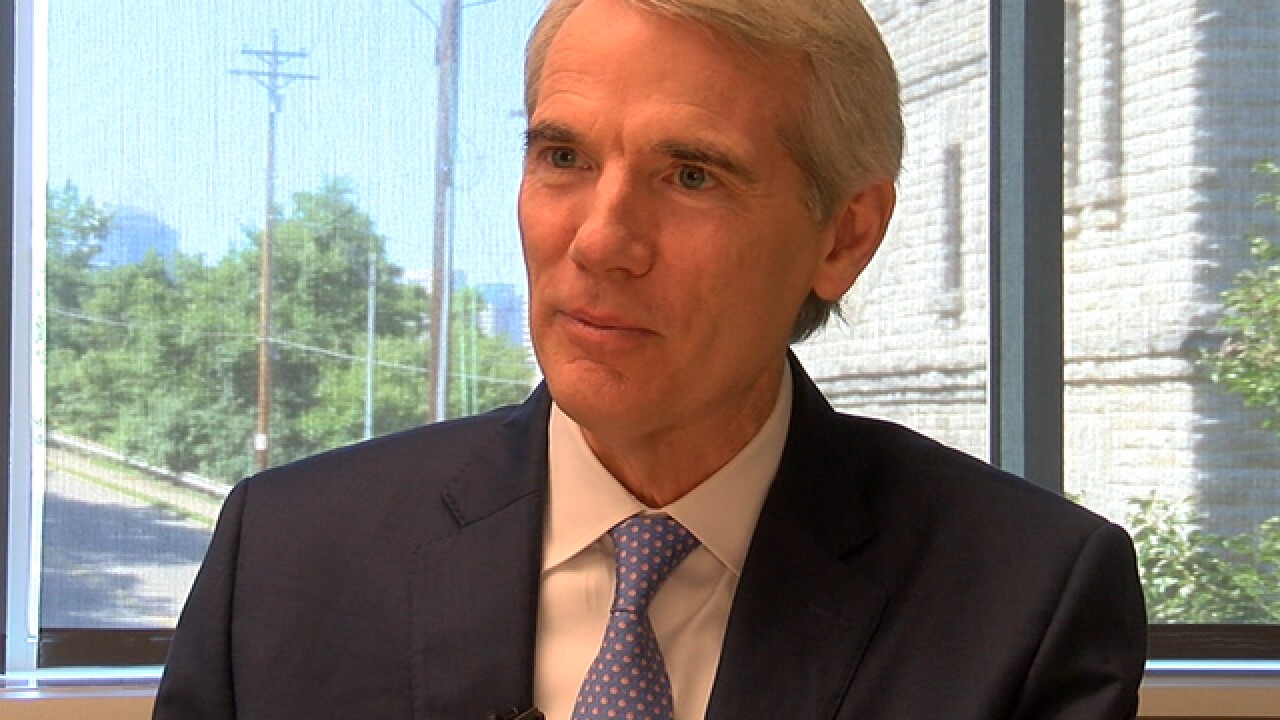 Copyright 2017 Scripps Media, Inc. All rights reserved. This material may not be published, broadcast, rewritten, or redistributed.
<p>Sen. Rob Portman</p>

CINCINNATI -- Sen. Rob Portman said rising tensions with North Korea have made this a "scary time" and that the isolationist nation's development of nuclear arms is a significant threat to national security in an interview Wednesday.

Negotiations are a way to put an end to the tensions, Portman said, but he also believes it's important for the U.S. to show its strength.

"You have to take them seriously," Portman said. "I think it's a mistake not to."

North Korea has continued missile tests despite international pressure to stop and U.S. intelligence analysts believe they have produced a miniaturized nuclear warhead that could be placed on a missile, CNN reported.

President Donald Trump warned Tuesday that North Korea would "face fire and fury like the world has never seen" if they continue to threaten the U.S. Just hours later, North Korean officials said their military is "examining the operation plan" to strike areas around Guam, a U.S. territory and home to a key Air Force base.

Portman said he wants to get China more engaged and aggressive against North Korea, echoing comments by Trump.

"We've got to also make clear to our allies and to our enemies like North Korea that ... we are going to stand firm if there were to be a provocation by them, a preemptive strike by them, that the response would be swift and it would be deadly," Portman said.

Sen. Sherrod Brown said in a written statement Wednesday that "Secretary (Rex) Tillerson has made it clear there is no immediate threat, but we must remain vigilant in order to protect American security at home and our interests abroad."

Tillerson has been trying to calm nerves.

"I think Americans should sleep well at night," he told reporters. "I have no concerns about this particular rhetoric of the last few days. I think the president, again, as commander-in-chief, I think he felt it necessary to issue a very strong statement directly at North Korea."

Tillerson added that Trump's comments were meant to be "a strong message to North Korea in language Kim Jong-un would understand."

"My hope is that by tightening the noose, by having tougher sanctions and by ensuring that ther North Koreans are clear as to what the consequences would be of their actions that we can avoid the kind of nuclear war that so many people are concerned about," he said.

"If North Korea was to attack the United States or its territories with a nuclear weapon or otherwise, they should expect a devastating response," he said. "In the meantime we should continue using all of our diplomatic and economic tools in an effort to halt their aggressive behavior, and ensure they do not have the capability to attack."