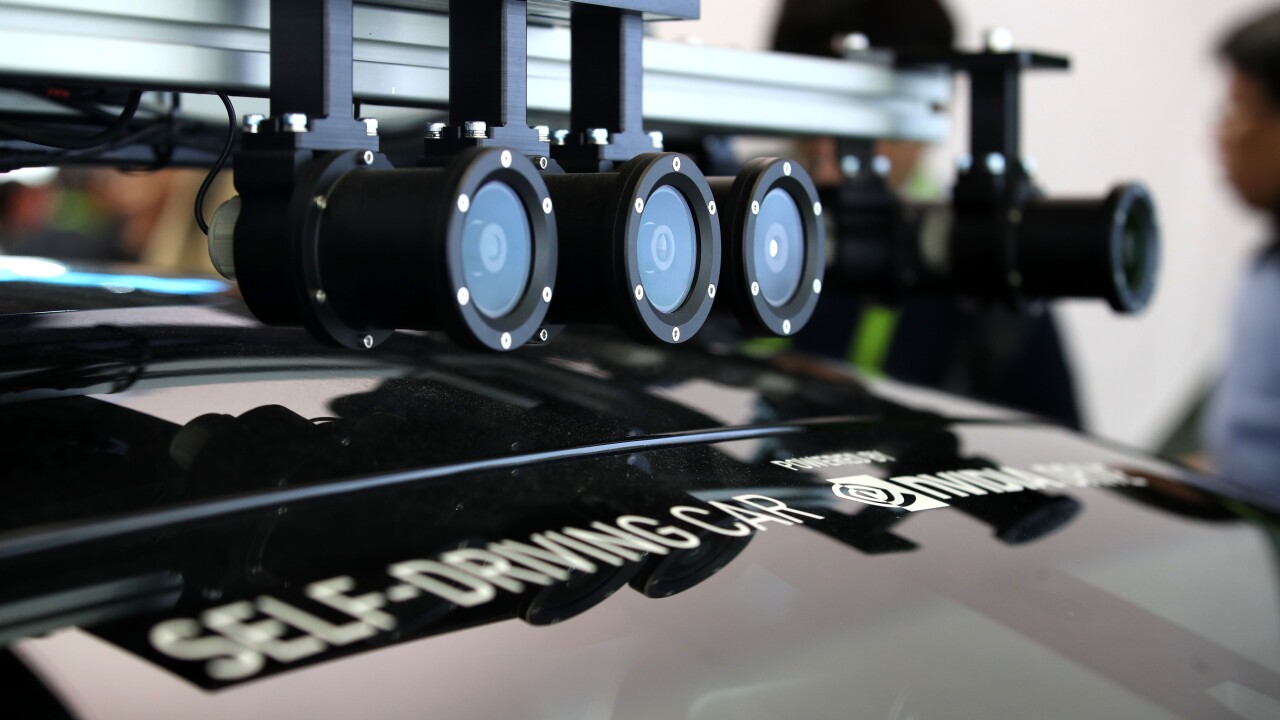 Justin Sullivan/Getty Images
LAS VEGAS, NEVADA - JANUARY 08: Cameras are visible on the exterior of an Nvidia self-driving car inside the Nvidia booth during CES 2019 at the Las Vegas Convention Center on January 8, 2019 in Las Vegas, Nevada. CES, the world's largest annual consumer technology trade show, runs through January 11 and features about 4,500 exhibitors showing off their latest products and services to more than 180,000 attendees. (Photo by Justin Sullivan/Getty Images)

Democratic Sen. Sherrod Brown and Republican Sen. Rob Portman say the money will be used to keep Ohio at the forefront of vehicle automation research.

The Ohio Department of Transportation and a group of other organizations, including the Transportation Research Center, received a $7.5 million grant in federal funds. An additional $10.3 million was contributed in matching funds.

Brett Roubinek, the center's president, says the grant is focused on examining self-driving vehicles on rural roads, since most prior research has involved urban roads.

He says the project will aid policymakers in defining regulation by providing data on automated systems.

Testing will begin in the next few months and continue over four years.