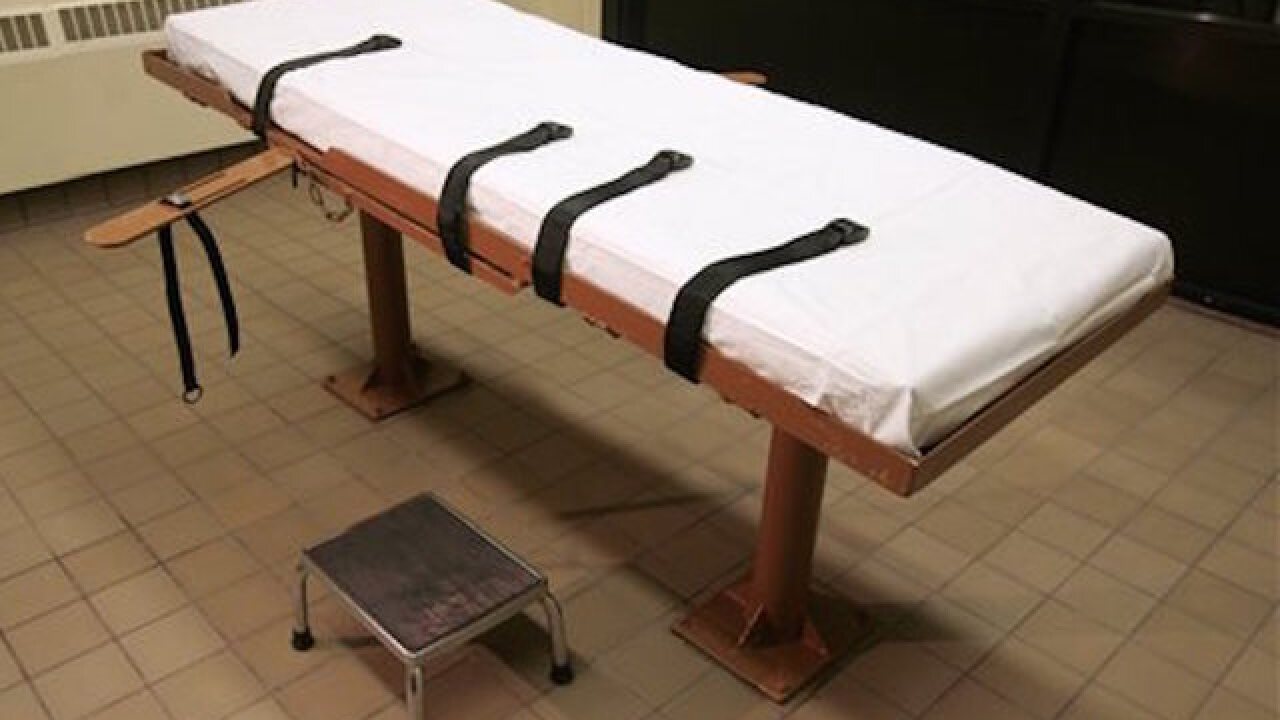 Kiichiro Sato
<p>FILE - This November 2005, file photo,,shows the death chamber at the Southern Ohio Correctional Facility in Lucasville, Ohio. With two dozen scheduled executions in limbo, Ohio officials sent a forceful letter to the U.S. Food and Drug Administration on Friday, Oct. 9, 2015, asserting the state believes it can obtain a lethal injection drug from overseas without violating any laws. (AP Photo/Kiichiro Sato, File)</p>

The Republican governor says the system will be different than the previous protocol. But he wouldn't say whether it would contain the sedative midazolam, which has been used in several problematic executions.

DeWine said Thursday he anticipates court challenges as soon as the new process is announced.

The governor ordered the Department of Rehabilitation and Correction in January to look at alternative lethal injection drugs. The announcement followed a federal judge's ruling that said Ohio's current execution protocol could cause inmates "severe pain and needless suffering."

The governor postponed four executions to allow the development of the new system.