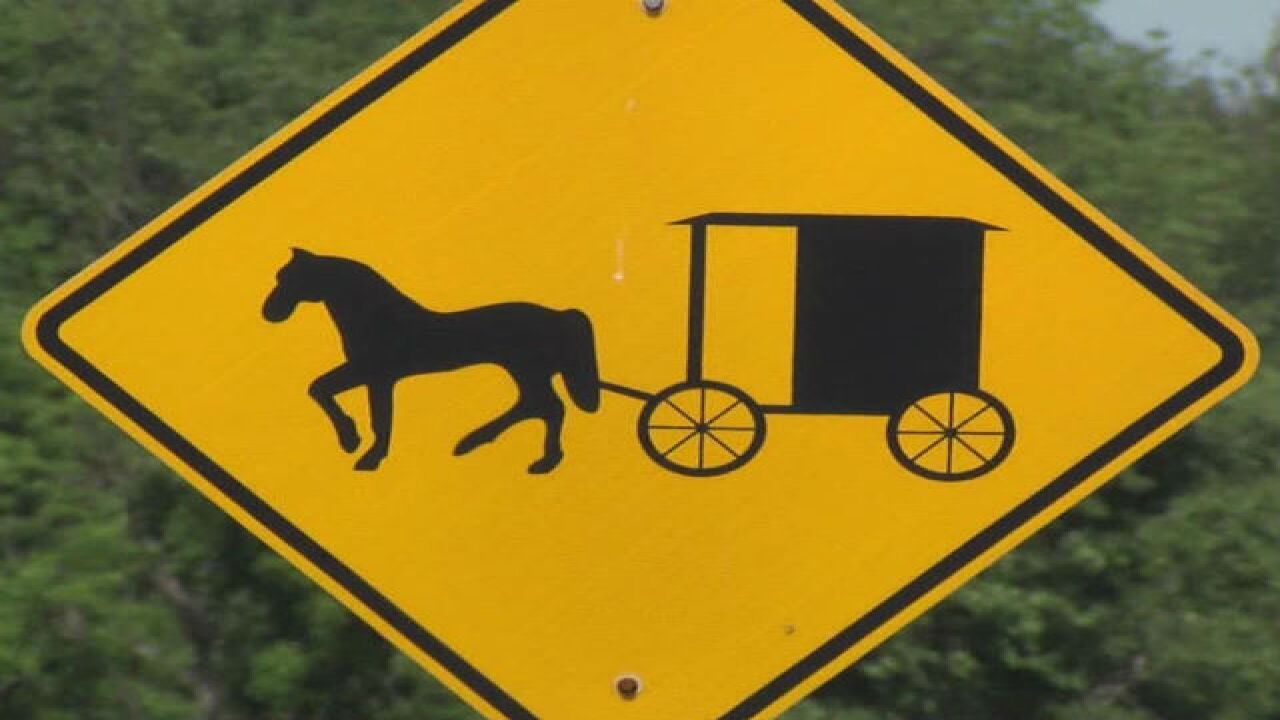 ASHLAND, Ohio (AP) — A flashing light would be required on horse-drawn buggies typically used by the Amish under an Ohio proposal intended to help prevent collisions with motor vehicles.

In addition to a flashing light at all times on the highest rear part of the buggy, the bill introduced by Republican Reps. Scott Wiggam, of Wooster, and Darrell Kick, of Loudonville, also would require animal-drawn vehicles to use a new type of reflective tape with higher visibility.

Current law requires a combination of still lights at dusk or at night, and reflective tape or a triangular emblem to indicate a slow-moving vehicle, the Ashland Times-Gazette reported.

More liberal Amish communities have agreed to additional safety measures, but law enforcement officials say some won't do that unless it is state law.

Ohio has the second-largest Amish population in the United States with an estimated 76,200 Amish, according to the Young Center for Anabaptist and Pietist Studies.

More than 870 crashes involving an animal-drawn vehicle or an animal with a rider have been reported in Ohio since 2014, according to the State Highway Patrol.