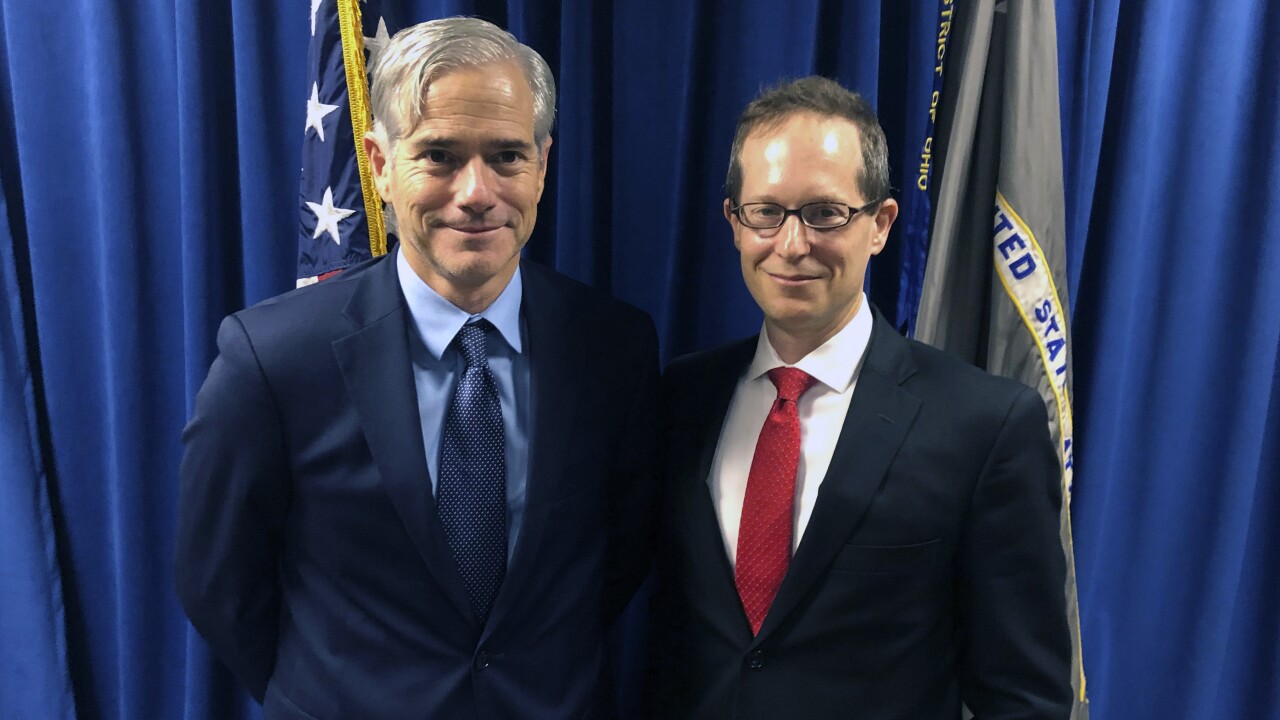 David DeVillers, 53, took over in November from former U.S. Attorney Benjamin Glassman. Columbus-based U.S. District Judge Algenon Marbley administered the oath of office to DeVillers at the Ohio Statehouse, Marbley called him an "exemplary example" of what a prosecutor should be.

DeVillers, of Columbus, was previously an assistant Franklin County prosecutor and for 17 years an assistant U.S. attorney based in Columbus. He led major gang and organized crime investigations and also worked in several overseas posts, including Albania, Georgia and Ukraine.

DeVillers was Prosecutor Advisor to the Iraqi High Tribunal during the 2005 trial of Saddam Hussein.

In his remarks, DeVillers said he and his office will always be accountable to those they serve. DeVillers' jurisdiction includes Cincinnati, Dayton and Columbus.

"Everything we do is for the people," he said.

The U.S. Senate confirmed DeVillers for the post in a nomination supported by both Democratic Sen. Sherrod Brown and Republican Sen. Rob Portman.