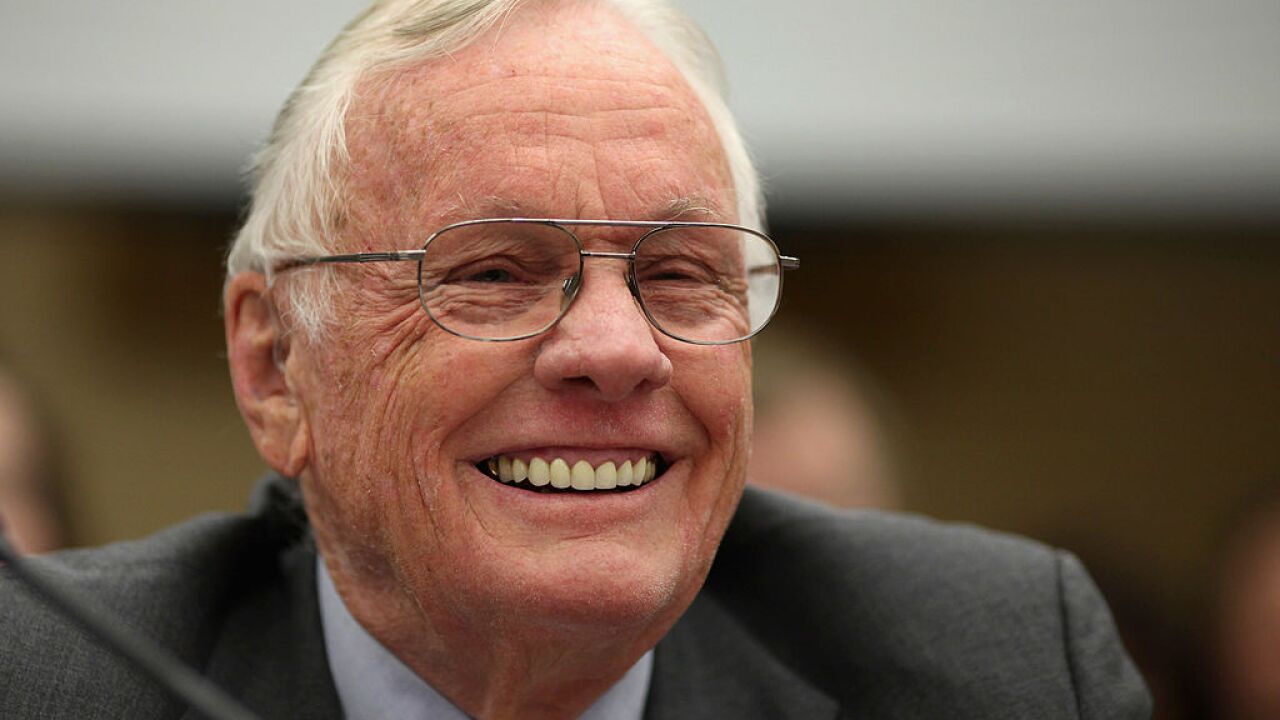 Chip Somodevilla/Getty Images
WASHINGTON, DC - SEPTEMBER 22: Astronaut Neil Armstrong, commander of Apollo 11 and the first human to walk on the moon, testifies before the House Science, Space, and Technology Committee about human space flight on Capitol Hill September 22, 2011 in Washington, DC. Last week NASA unveiled their new heavy-lift rocket system that will put humans into space with a command capsule that is already under development. (Photo by Chip Somodevilla/Getty Images)

WAPAKONETA, Ohio (AP) — New statues of astronaut Neil Armstrong were unveiled and an education center was dedicated in his name on Sunday as his Ohio hometown continued celebrating its native son's history-making moon mission 50 years ago this month.

Republican Gov. Mike DeWine and other officials gathered at the Armstrong Air and Space Museum in Wapakoneta for the unveiling Sunday of a bronze life-sized statue of Armstrong as a test pilot.

Another statue of him outside the museum as a boy sitting on a bench while holding a model airplane also was unveiled Sunday.

There was also a ribbon-cutting to dedicate the Armstrong STEM Inspiration Center at the museum. That center is intended to promote science, technology, engineering and math learning.

The governor told those gathered at the museum that they were there to honor a courageous Ohioan "who inspired us 50 years ago and a man who continues to really inspire us today."

DeWine said the events were not only about honoring the past, but also about looking to the future.

He said the hope and belief is that the new education center "will inspire young people, maybe future Neil Armstrongs, young people who have an interest in science and math, and maybe that will spark something special in them when they come in here."

One of Armstrong's sons, Mark Armstrong, also talked of the importance of inspiring young people.

"You're just looking to make one connection with someone, a little boy or a little girl that starts to dream, and those dreams carry them throughout their entire lives."

Armstrong stepped on the moon's surface on July 20, 1969. A celebration of the moon landing which had already begun continues through July 21 in the western Ohio city of about 10,000.