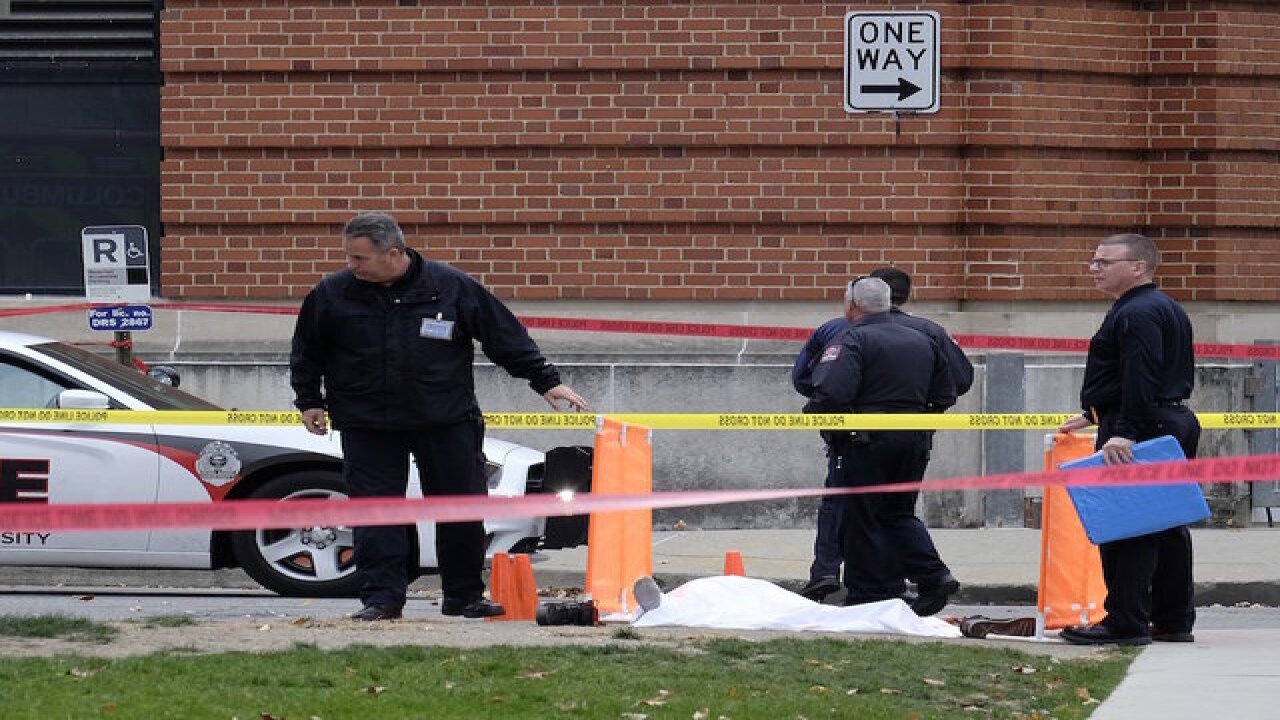 COLUMBUS, Ohio -- Names of the 13 people hurt in the car and knife attack at Ohio State University were released Wednesday.

Columbus Police identified the 12 injured students and one faculty member as:

None of them suffered life-threatening injuries. Eleven victims were treated at area hospitals. One bystander was shot in the foot by what authorities believe was an errant round from the university police officer who shot and killed the attacker.

An Ohio State student, 18-year-old Abdul Razak Ali Artan from Somalia, first attacked the campus with his car, hitting several people, police said. Then Artan got out and stabbed others with a butcher knife.

The officer who stopped the attack, Alan Horujko, 28, is a Fairfield High School graduate and an OSU alum.

The attack is being investigated as possible terrorism.