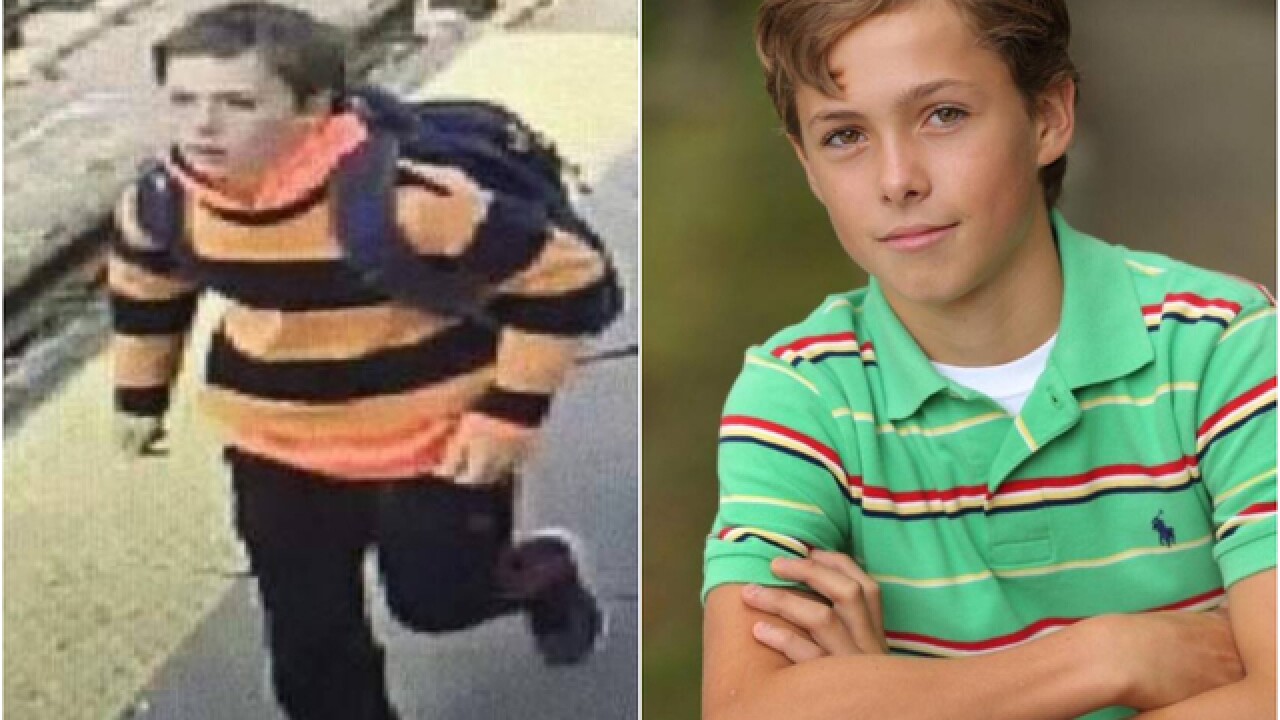 MIAMI TOWNSHIP (MONTGOMERY COUNTY), Ohio -- Police outside Dayton said they have received reports that a missing teenager from New Jersey may be in Ohio.

Thomas Kolding, 15, has been missing since Oct. 30, according to New Jersey State Police. He was last confirmed to have been seen on video at a New Jersey train station on Nov. 3.

Police in Miami Township of Montgomery County, Ohio, said they had received reports of possible sightings in the area.

Kolding is 5'3" and 120 pounds with brown hair and brown eyes. He was carrying a blue Adidas backpack and may be wearing a camouflage jacket.

Police believe Kolding may be traveling to California. They asked anyone with information about his whereabouts to call 937-225-4357.