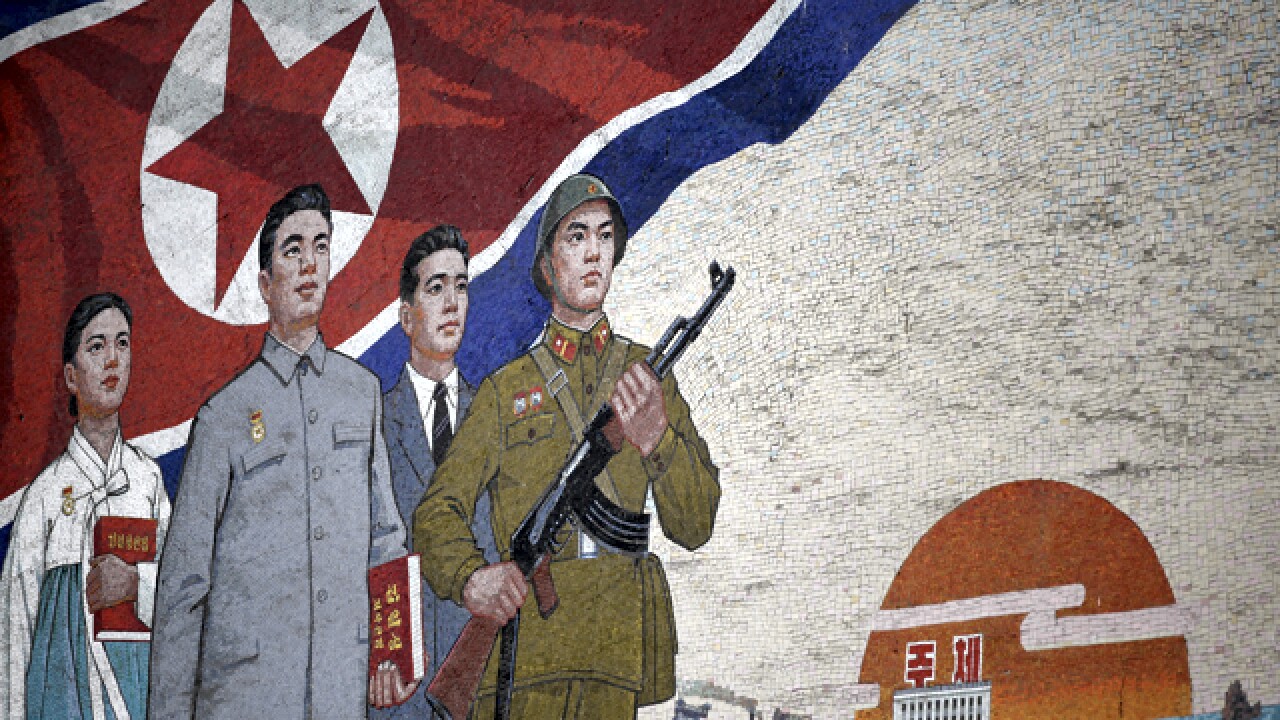 Copyright Getty Images
<p>PYONGYANG, NORTH KOREA - APRIL 02: Propaganda mural painting is seen outside People’s Palace of Culture. Pyongyang is the capital city of North Korea and the population is about 2,500,000. (Photo by Feng Li/Getty Images)</p>

The mother of a local airman stationed in Guam said she was worried when she first heard about the threats made by the North Korean Army, The Journal-News reported.

The commander of the North Korean Army made more threats Wednesday night, saying they will have a plan to fire on Guam by the middle of this month.

Guam is home to key military bases and 160,000 Americans.

Lewis said she first heard of the threats last week.

"My first inclination was to be stressed out. However, I got right on my phone and texted my son to see how things were,” Lewis said.

Her son responded by forwarding a letter the governor of Guam had sent out, reassuring there was no imminent threat.

"I have full confidence in our president that he has got my son's back so, I'm honestly not stressed because I know that our military is prepared,” Lewis said.

ABC News reported that some members of President Donald Trump's inner circle were caught by surprise by his threat that North Korea would "face fire and fury like the world has never seen" if they continue with their nuclear weapon program.

North Korean officials responded Wednesday, calling Trump's threat a "load of nonsense" and announcing they would complete their plans to strike areas around Guam by mid-August.

Ohio Sen. Rob Portman said in an interview with WCPO Wednesday, "We've got to also make clear to our allies and to our enemies like North Korea that ... we're going to stand firm."

WCPO's media partner, The Journal-News, contributed to this report.