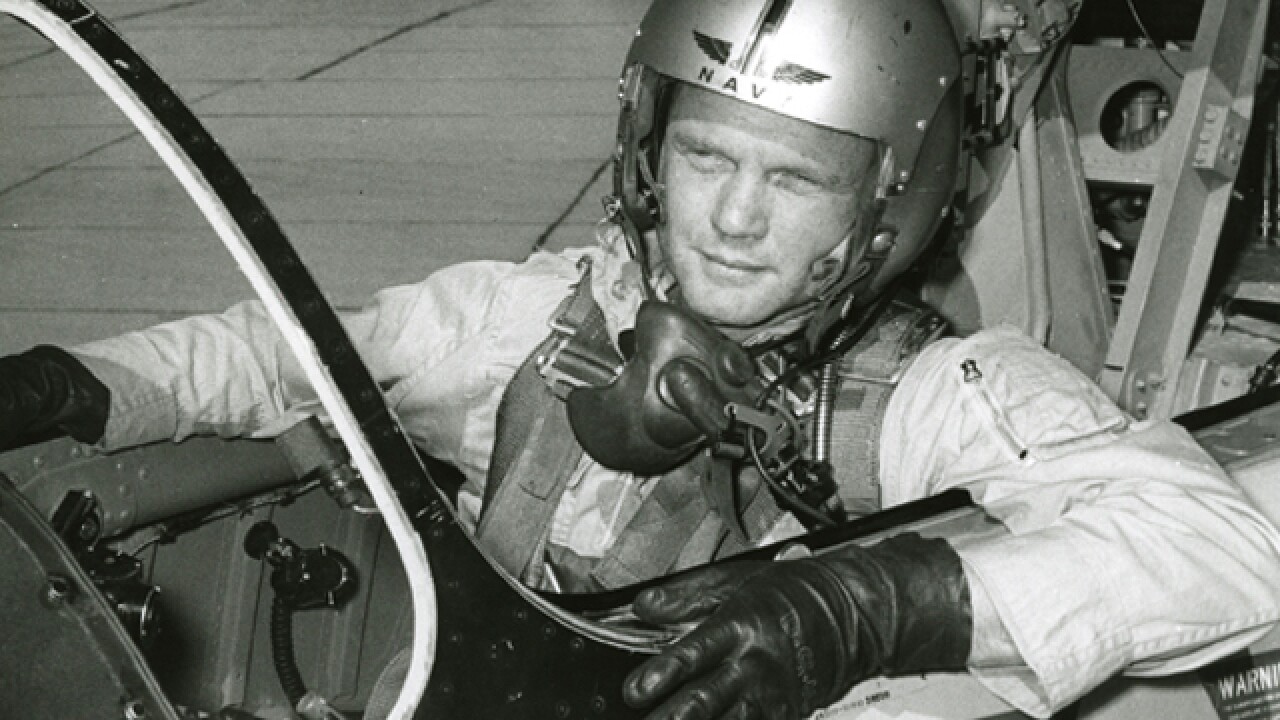 Copyright 2018 Scripps Media, Inc. All rights reserved. This material may not be published, broadcast, rewritten, or redistributed.
U.S. Navy
<p>John Glenn in the cockpit his F8U-1P Crusader during the "Project Bullet" record breaking transcontinental flight, 1957. </p>

COLUMBUS, Ohio (AP) — The helmet John Glenn wore during his history-making transcontinental flight is being sold.

The late astronaut and U.S senator made the first supersonic transcontinental flight on July 16, 1957. He sped in his Vought F8U Crusader from near Los Angeles to Brooklyn in a record-setting 3 hours, 23 minutes and 8.4 seconds.

Glenn dubbed the mission "Project Bullet," because he flew faster than a bullet from a .45-caliber pistol. The fame the young airman from Ohio gained from the record-setting flight helped land him a spot in NASA's Mercury program.

The U.S. Navy helmet he wore on the flight will be auctioned by Nate D. Sanders Auctions Thursday. It's gold with "J.H. Glenn" penned on the right side. Bidding will begin at $100,000.