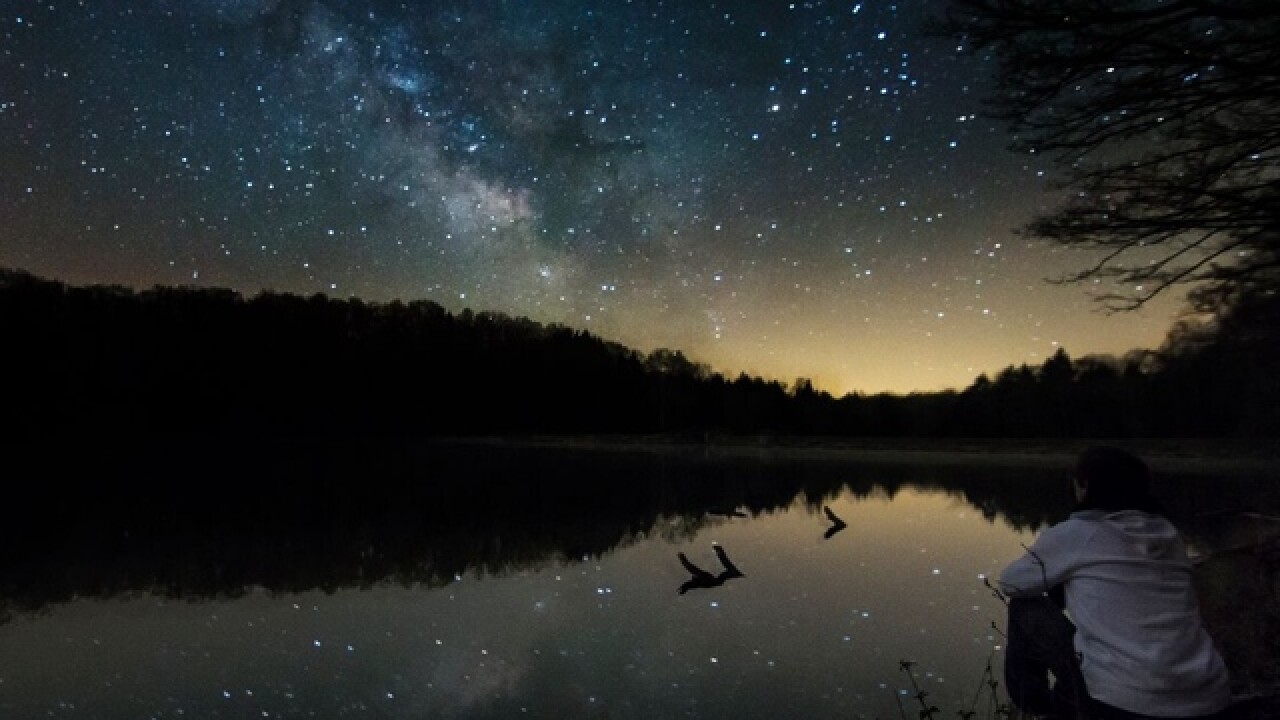 Copyright 2018 Scripps Media, Inc. All rights reserved. This material may not be published, broadcast, rewritten, or redistributed.
Aaron Rigsby
<p>Hocking Hills at night</p>

LOGAN, Ohio -- Forty miles southeast of Columbus in the secluded and tranquil woods of the Hocking Hills State Park, a new park is opening that will have everyone’s sights on the sky this summer.

John Glenn Astronomy Park will debut June 21 with a grand opening put on by the Friends of Hocking Hills State Park.

Coinciding with summer solstice, the longest day of the year, the park's grand opening will kick off with a social hour at 6:30 p.m. June 21, followed by an official ribbon-cutting ceremony and viewing the sunset through the summer solstice aperture in the park’s Solar Plaza.

Just after sunset, at approximately 9:06 p.m., the park's team will turn its powerful telescopes toward the moon and Jupiter, which will be high in the southern sky that night. Project champion and amateur astronomer Brad Hoehne has been tapped as the Astronomy Park’s director and will be on site during opening events, as well as for future programs.

The park not only allows visitors to explore the night sky in an area notably lacking light pollution, but it also offers daytime study, welcoming visitors to its Solar Plaza to study the sun, Earth and the North Celestial Pole, among other celestial features.

The 80-foot wide Solar Plaza highlights the sun’s orientation to the Earth as it changes throughout the year. The plaza is encircled by a low wall with notches that offer framed views of the sun on key days. An enclosed 540-square-foot observatory features a retractable roof that permits night sky viewing. Gathering areas, open green space and parking make the astronomy park ideal for research, star parties, special events and general daily visitation.

“Our star-filled skies join miles and miles of trails, dense forests, stunning rock formations and rushing waterfalls to lure visitors from around the globe,” said Hocking Hills Tourism Association Executive Director Karen Raymore in a news release. “The tourism association is thrilled to offer one more reason for travelers to visit the region, and a new way for them to experience a natural attraction that has long mesmerized all who visit us overnight.”

Perhaps the most famous Ohioan with an eye on the cosmos, John Glenn agreed to lend his name to the park, giving it his blessing shortly before passing away on Dec. 8, 2017. The Friends of Hocking Hills State Park led fundraising and development of the park that bears Glenn’s name and will preserve his legacy for years to come with a focus on education and engaging visitors and members of the community.

Although park development is funded through generous donations and pledges from community members and corporate donors, Friends of Hocking Hills State Park continues to raise the funds required to endow the park in order to maintain fulfill its research and education mission. Donations may be made at friendsofhockinghills.org.