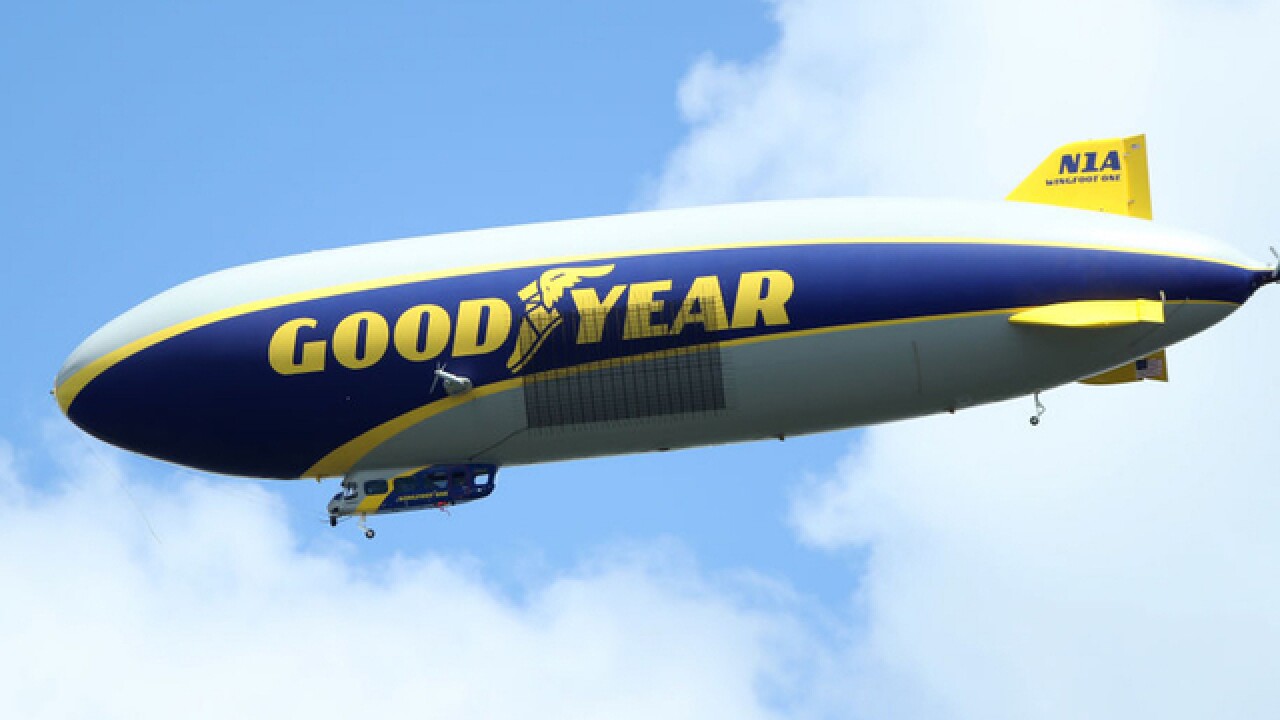 Image copyright 2017 Getty Images. All rights reserved. This material may not be published, broadcast, rewritten, or redistributed.
Sam Greenwood
<p>The goodyear blimp is seen over the course during the third round of the 2017 PGA Championship at Quail Hollow Club on August 12, 2017 in Charlotte, North Carolina. (Photo by Sam Greenwood/Getty Images)</p>

CANTON, Ohio (AP) — Goodyear Tire & Rubber Co. honored a man's voucher for a free blimp ride 17 years after it was awarded to him.

The Repository in Canton reports Keith Beckley won a special MVP award in 2011 during his senior season at Carrollton High School in northeast Ohio and Goodyear gifted the football player with a free blimp ride for him and a friend.

Weather problems and scheduling conflicts kept Beckley and his then-girlfriend Amanda from taking their ride. Beckley forgot about the blimp and moved on. However, his mother, Lori Burnside, kept the voucher and called Akron-based Goodyear.

The company arranged a ride over Akron in its Wingfoot Three blimp in October for Beckley and his then-girlfriend Amanda, who's now his wife.