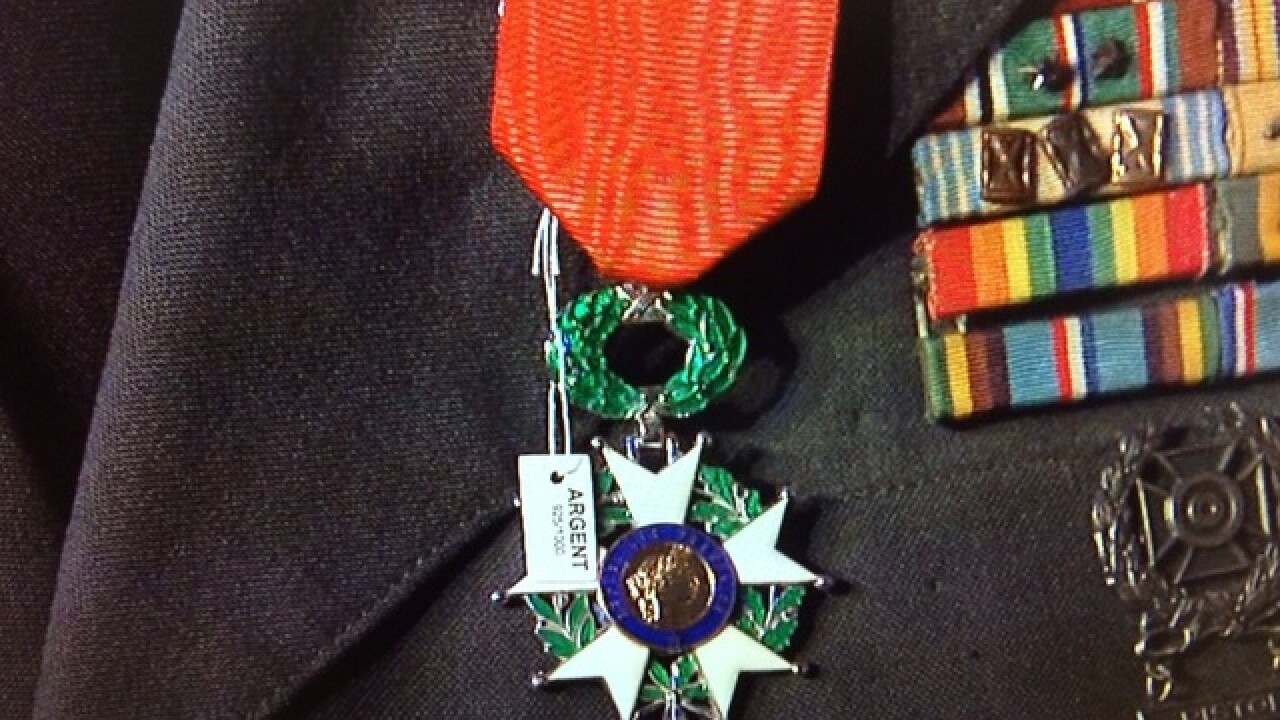 COLUMBUS, Ohio (AP) — France is bestowing its highest honor on two Ohio military veterans for their participation in the liberation of France during World War II.

The medals recognize remarkable deeds achieved for the French Republic.

Consul General Guillaume LaCroix will visit Steinmetz at his home Monday and Day at his home Tuesday to bestow their awards.

Steinmetz was a Navy seaman who participated in the Allied invasion of Southern France on August 15, 1944. Day was an Army corporal whose service included landing on Normandy's Utah Beach with the infantry June 8, 1944.