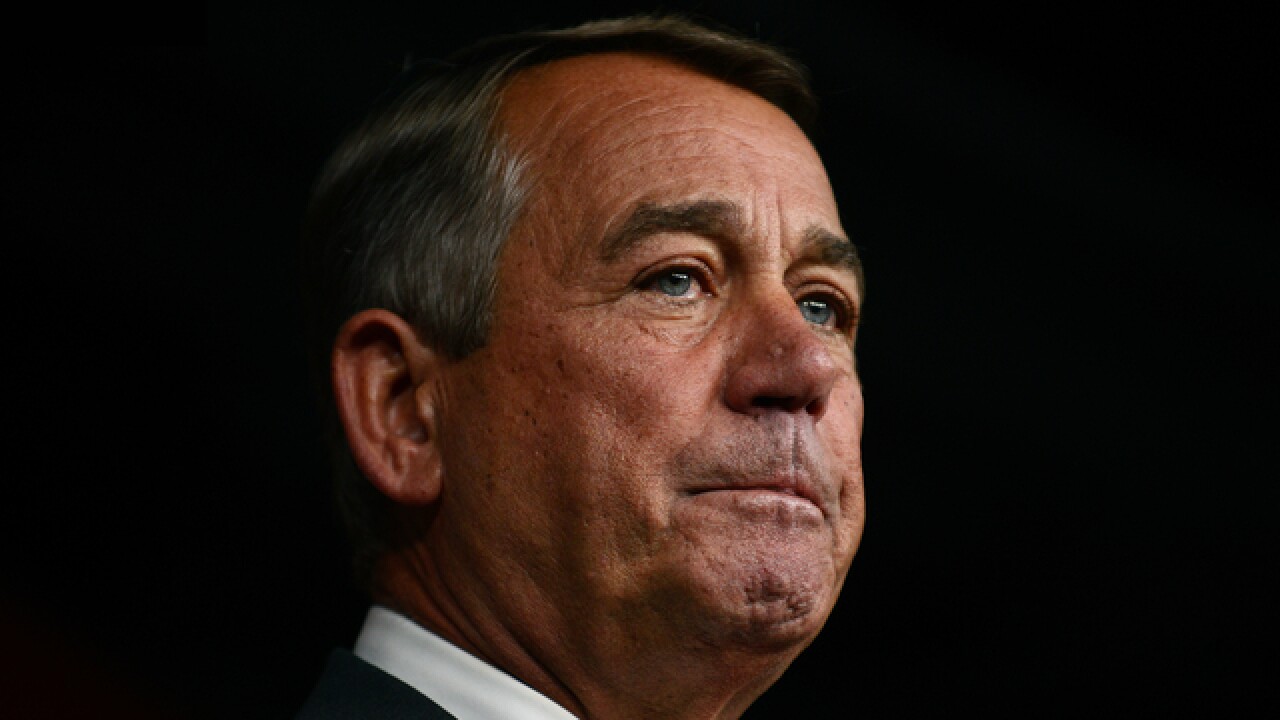 A former Speaker of the House who opposed marijuana legalization for years will join the board of a marijuana investment company in a seismic shift announced Wednesday.

John Boehner (R-Ohio) said he will join Acreage Holdings, a firm that operates in 11 states, because his thoughts surrounding marijuana have “evolved” and he now believes cannabis could help veterans and reverse the opioid epidemic.

I’m joining the board of #AcreageHoldings because my thinking on cannabis has evolved. I’m convinced de-scheduling the drug is needed so we can do research, help our veterans, and reverse the opioid epidemic ravaging our communities. @AcreageCannabis https://t.co/f5i9KcQD0W

His decision to join the board is a marked shift -- in 2009, Boehner said he was "unalterably opposed" to legalization, according to Bloomberg.

Boehner said his perspective changed after he saw how the plant helped his friend who had back pain, Bloomberg reported. He’s also interested in its use for veterans, and he has studied how marijuana legalization could impact the criminal justice system.

“When you look at the number of people in our state and federal penitentiaries, who are there for possession of small amounts of cannabis, you begin to really scratch your head,” Boehner told Bloomberg. “We have literally filled up our jails with people who are nonviolent and frankly do not belong there.”

Former Republican Massachusetts Gov. Bill Weld is also joining the board. The two said in a joint statement that they believe "the time has come for serious consideration of a shift in federal marijuana policy," specifically citing the drug's use by veterans "to self-treat PTSD, chronic pain and other ailments."

"I think the biggest strength that’s going on with Speaker Boehner’s comment is the fight for states’ rights," he told WCPO's Tom McKee. "The states should be allowed to control their citizenry."

Some studies have said marijuana could be used to help treat opioid addiction, CNN reported. A study published in JAMA Internal Medicine compared opioid prescription rates in states that have medical marijuana laws with states that do not.

Researchers found that states that allow medical cannabis had 2.21 million fewer daily doses of opioids prescribed per year under Medicare Part D when compared to states without medical cannabis laws. Opioid prescriptions also dropped under Medicaid by 5.88 percent, according to the studies.

However, Mary Haag, executive director of PreventionFirst, said the facts are not on marijuana's side until federal government testing can provide answers and direction on key issues like dosage, frequency, route of administration and potential side effects.

"Until we have the research and the FDA process in place related to marijuana components, we don’t see the value," she told WCPO. " In fact, we see the harm that it’s going to cause for our community."

"I think the prohibition movement is still alive, but I think they’re starting to soften on the medical issue because they see too much anecdotal evidence that we don’t need to wait for FDA approval," he said.

WCPO has reached out for comment from Boehner and will update this story once he responds. Web editor Abby Anstead and Reporter Tom McKee contributed to this report.