Firearms group says hunting a $1.4B industry in state 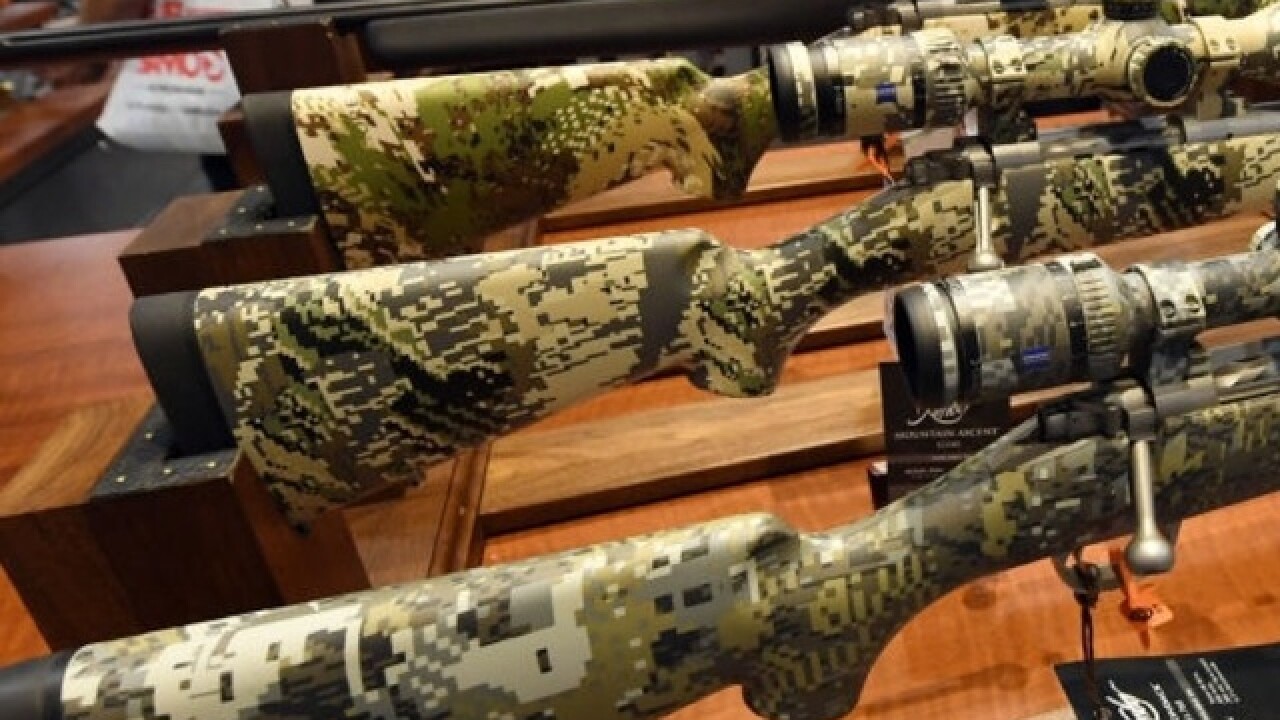 Image copyright 2018 Getty Images. All rights reserved. This material may not be published, broadcast, rewritten, or redistributed.
Ethan Miller/Getty Images
<p>LAS VEGAS, NV - JANUARY 23: Rifles are displayed at the Kimber booth at the 2018 National Shooting Sports Foundation's Shooting, Hunting, Outdoor Trade (SHOT) Show at the Sands Expo and Convention Center on January 23, 2018 in Las Vegas, Nevada. The SHOT Show, the world's largest annual trade show for shooting, hunting and law enforcement professionals, runs through January 26 and is expected to feature about 1,600 exhibitors showing off their latest products and services to more than 60,000 attendees.</p>

The newly formed Hunting Works for Ohio recently released its finding. The group is one of at least 18 state chapters organized through a project of the National Shooting Sports Foundation to promote the heritage and economic importance of hunting and shooting sports.

The group's Ohio report found hunters spend $850 million a year on average in the state, including $320 million in trip-related expenses and $274 million on equipment.

The report also found that Ohio sees about 553,000 hunters each year and Ohioans who hunt generate $97 million in state and local taxes.

The National Shooting Sports Foundation is a trade association for the firearms industry.