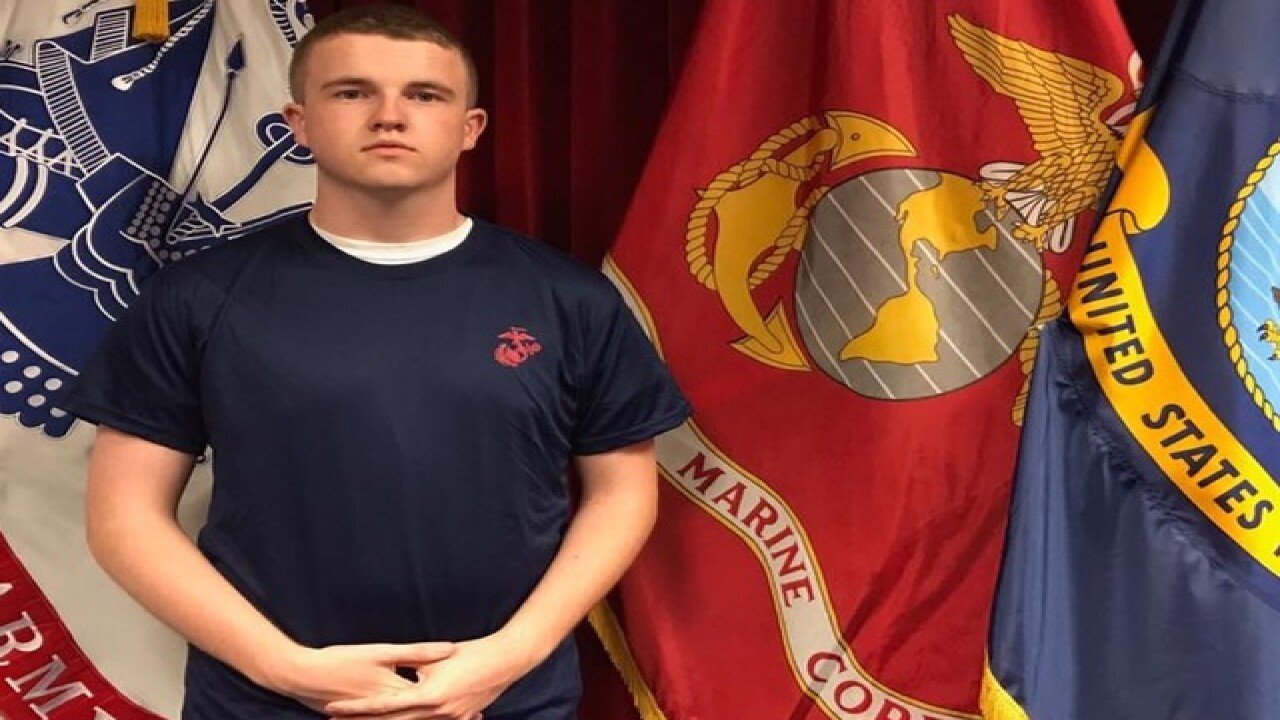 Copyright 2017 Scripps Media, Inc. All rights reserved. This material may not be published, broadcast, rewritten, or redistributed.
<p>Photo provided by the U.S. Marines.</p>

COLUMBUS, Ohio -- The family of Tyler Jarrell, the 18-year-old Marine recruit killed Wednesday when a ride malfunctioned at the Ohio State Fair, has hired the law firm Kitrick, Lewis & Harris to pursue a wrongful death case in connection with the incident.

"Everyone who knew Tyler is grief-stricken and in shock," Amber Duffield, the victim's mother, said in a news release from the firm. "We just need to know how and why this happened and whether it could have been avoided. We hope our demand for real answers will save others from being hurt or killed because of bad or dangerous amusement park rides."

Seven other riders, including Jarrell's girlfriend, UC student Keziah Lewis, were injured Wednesday night when part of the "Fire Ball" ride broke off mid-swing, throwing them through the air. State officials claimed the ride had been inspected just hours before the crash.

Kitrick, Lewis & Harris will join state investigators from organizations including the highway patrol, Department of Agriculture and the City of Columbus to determine the cause of the incident, according to the release.

Jarrell was a rising senior at Franklin Heights High School. He had enlisted in the Marine Corps just a few days before his death.