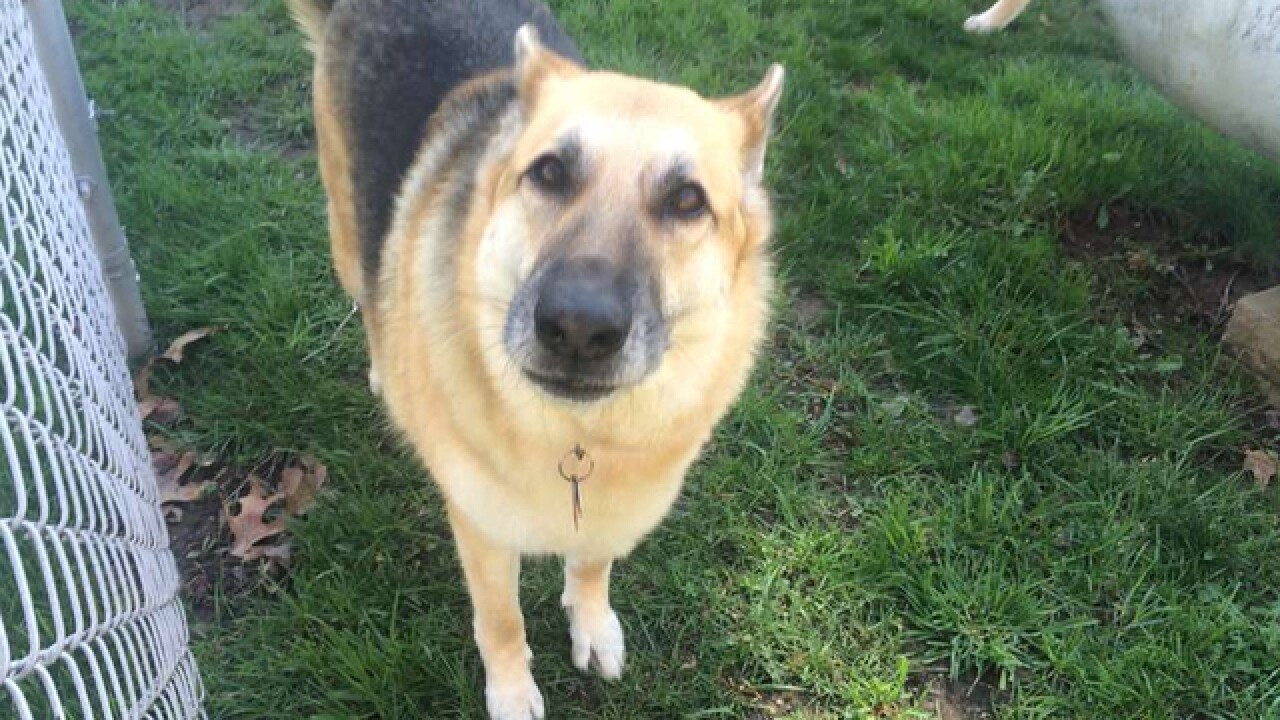 SPRINGFIELD, Ohio — A family in Springfield is singing the praises of their 6-year-old German Shepherd, Sasha.

Last week, Michael and Michelle Baugh’s neighbor — a 75-year-old man who was recently diagnosed with dementia — wandered from his home in the middle of the night and got lost.

Sasha, who was outside and very familiar with the man, found him in the Baugh’s driveway at about 1:15 a.m. Michael said the man was outside for 30 to 45 minutes in below-freezing temperatures.

“That’s his angel,” Baugh said. “That’s what he calls her now. She saved his life.”

Neighbors soon called 911 to get the man help. The man is now in assisted living.

Baugh said his wife could not sleep well that night because the dogs were making noise in the backyard. When Michelle opened the backdoor, Sasha became very aggressive and lunged toward the fence, Michael said.

“It’s something we hadn’t seen before,” he said. “Something was not going right outside.”

They found the man sitting in the driveway, with his two little Jack Russells walking around him. He had been wandering around the driveway and fell.

Sasha struggled so hard trying to get to the man that she now needs surgery on her leg, which is scheduled for Tuesday.

“During the process of trying to hurdle the fence, she came down and in human terms, she blew out her kneecap,” Baugh said. “She was bound and determined to get to him or get somebody to him to help him.”

While Baugh said it’s a “pretty costly” procedure, Sasha is now a “hero because she saved his life. Anything it takes to make her well.”

WHIO is a news partner of WCPO