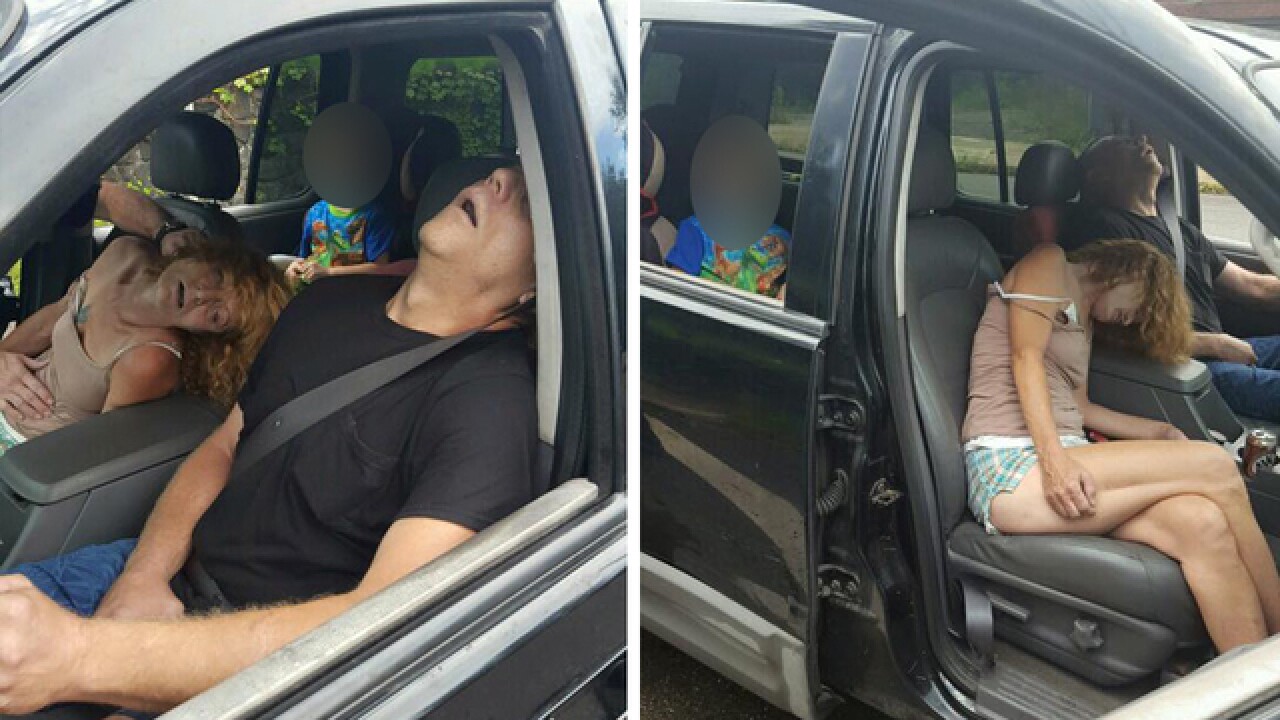 EAST LIVERPOOL, Ohio -- Police in Ohio wanted to send a message Thursday about the heroin epidemic.

And that's exactly what they did.

The East Livepool Police Department posted two images on the city's Facebook page showing two adults who they say overdosed on heroin in a car with a little boy in the backseat.

"We feel it necessary to show the other side of this horrible drug," the post states. "We feel we need to be a voice for the children caught up in this horrible mess. This child can't speak for himself but we are hopeful this story can convince another user to think twice about injecting this poison while having a child in their custody."

The photos have since been seen by millions of people and spread across the country.

According to a police report, an East Liverpool officer spotted an SUV with West Virginia license plates driving erratically Wednesday. The officer saw the driver slam on the brakes when the SUV approached a stopped school bus that was dropping kids off, the police report states. The SUV came to a stop in the middle of the road and the officer approached.

The officer said the driver's head was bobbing and his speech was mostly unintelligible. Police identified the driver as James Acord and the passenger as Rhonda Pasek. Acord told the officer he was taking his front seat passenger, who was passed out, to the hospital, the report states.

The officer said he reached into the vehicle, turned it off and removed the keys just as Acord tried to drive away. The officer then noticed a 4-year-old boy in the backseat. The boy was later identified as Pasek's son.

The officer said Acord soon passed out as well. Emergency crews responded and administered Narcan, a drug used to reverse the effects of a heroin overdose. Acord and Pasek regained consciousness and were taken to the hospital.

The little boy is in the custody of Columbiana County Children's Services, according to the report.