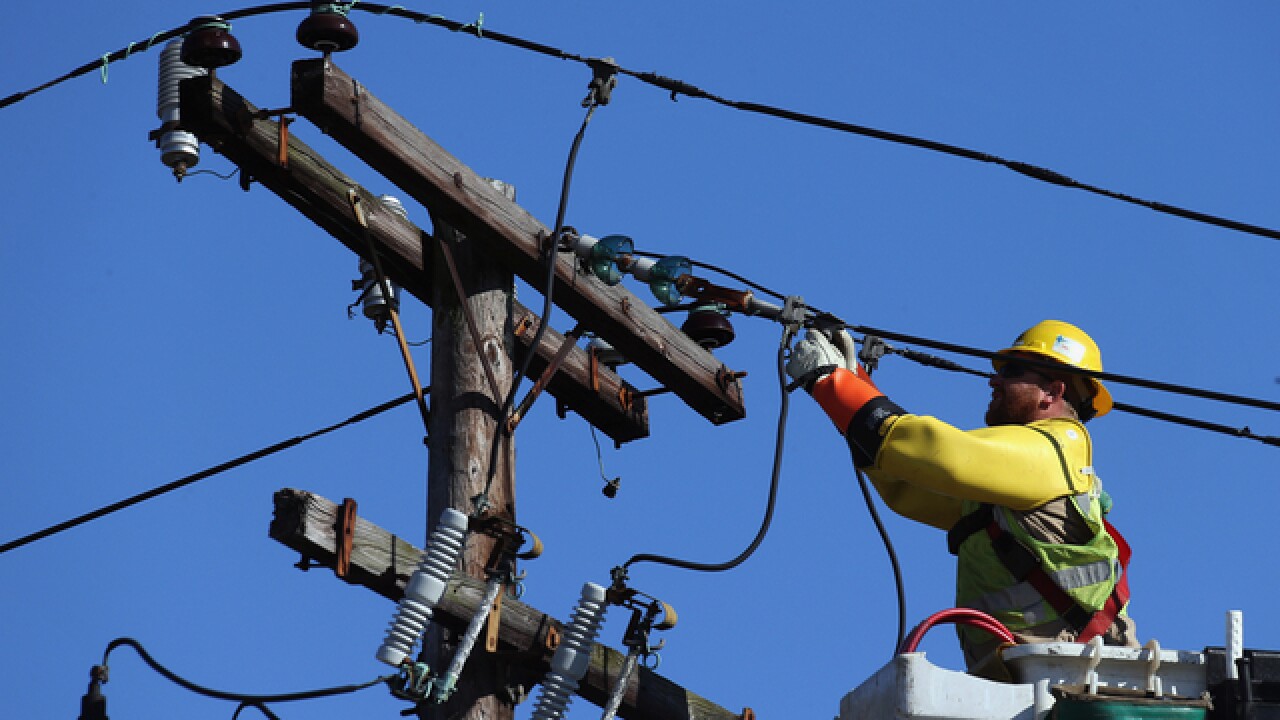 Copyright 2013 Scripps Media, Inc. All rights reserved. This material may not be published, broadcast, rewritten, or redistributed.
<p>Getty Images</p>

AKRON, Ohio (AP) -- Millions of Ohio electricity customers could end up paying more for power because of a recent decision in a key regional power company's bankruptcy case.

FirstEnergy Solutions, American Electric Power, Duke Energy, Dayton Power and Light and customers of the state's electric cooperative all share ownership and costs for the Ohio Valley Electric Corp., which oversaw the agreement and management for the plants.

Ohio Valley operates two coal-fired plants along the Ohio River — the Kyger Creek plant in southeast Ohio and the Clifty Creek plant in Indiana. Ohio Valley is required to keep these plants running until 2040.

The Office of the Ohio Consumers' Counsel is worried about what the bankruptcy filing means for power customers throughout the state if the decision isn't reversed on appeal. First Energy Solutions leaving the agreement could result in the other companies raising rates for customers to offset costs, the office said.

FirstEnergy Solutions filed for bankruptcy protection on March 31. The subsidiary runs nuclear and coal-fired power plants for FirstEnergy Corp. based in Akron.

The subsidiary, which has been saddled by mounting debt, previously said in a statement that it was seeking bankruptcy protection to "facilitate an orderly financial restructuring" and that it believed the filing was in the best interests of the company and creditors.

The bankruptcy filing includes FirstEnergy Solutions along with all FES subsidiaries and FirstEnergy Nuclear Operating Co.

As of Dec. 31, Ohio Valley's debt totaled $1.4 billion, according to the Ohio Consumers' Counsel. FirstEnergy is responsible for nearly 5 percent of the debt, or $67.9 million.

FirstEnergy first warned that it could be forced to close its power plants in Ohio four years ago when it sought to change how it is paid for electricity.

It also has been unable to get financial help from federal and state leaders to keep its nuclear plants operating.