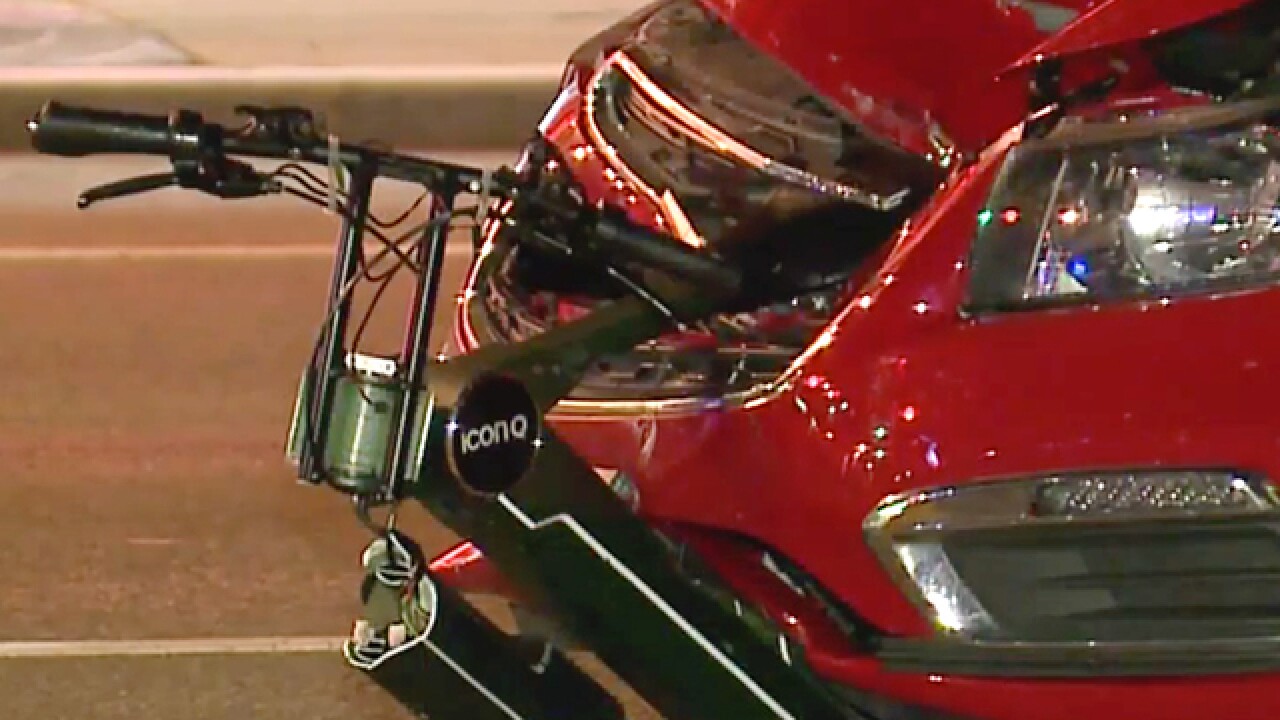 CLEVELAND (AP) -- Authorities have identified a woman who was riding an electric scooter in downtown Cleveland when she was hit by a car and died.

Cleveland police spokeswoman Sgt. Jennifer Ciaccia said the crash occurred around 10 p.m. Saturday when a car traveling "well in excess" of the 25 mph speed limit struck the rear of the scooter. Police say the woman was thrown from the scooter onto the road and taken to a hospital, where she was pronounced dead.

Ciaccia says the 19-year-old man who was driving the car that struck the scooter was arrested on a charge of aggravated vehicular homicide and police believe alcohol may have been involved in the crash.