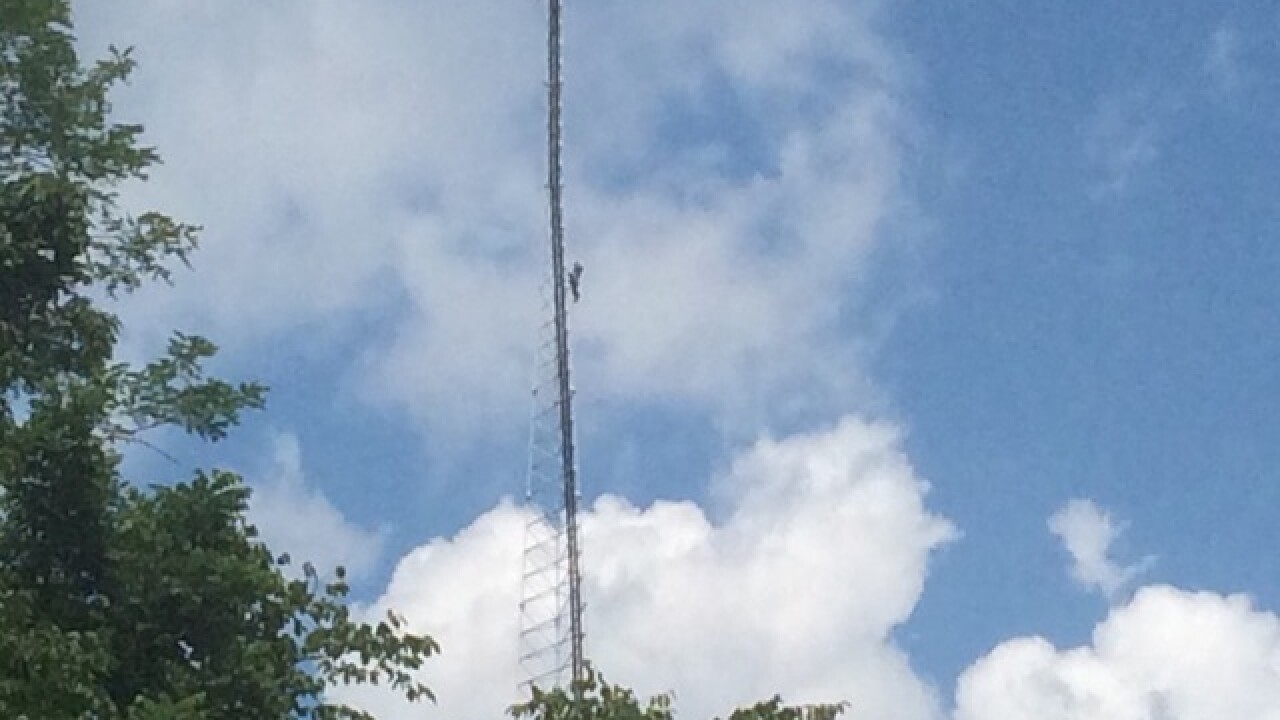 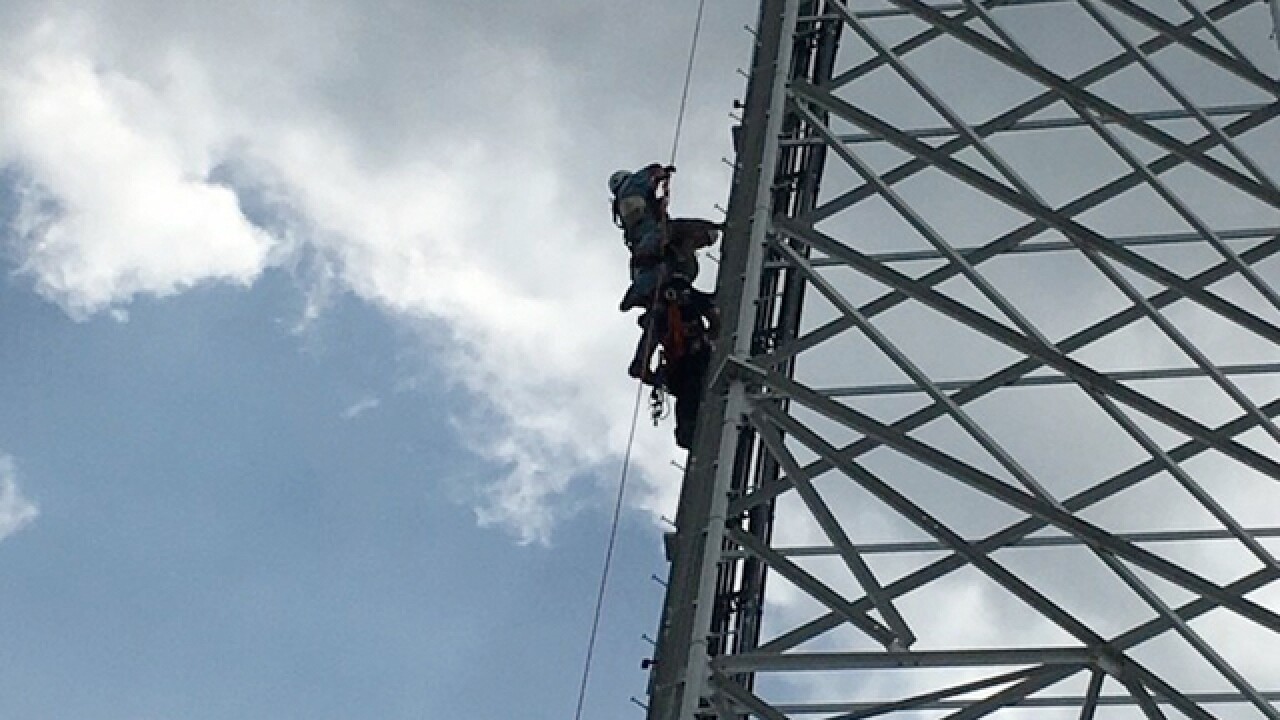 BRACKEN COUNTY, Ky. -- A worker became stuck on a cellphone tower Wednesday afternoon and needed a co-worker to rescue him.

The tower is roughly 300 feet tall.

The rescuer also suffered from heat exhaustion but was able climb down with the victim after about 25 minutes. It normally takes 45 minutes, Finley said.

Both men were alert when they reached the ground, but one was taken to Meadowview Regional Medical Center as a precaution.

According to Chief Deputy Bob Scott, between 70 and 80 people responded to the scene.