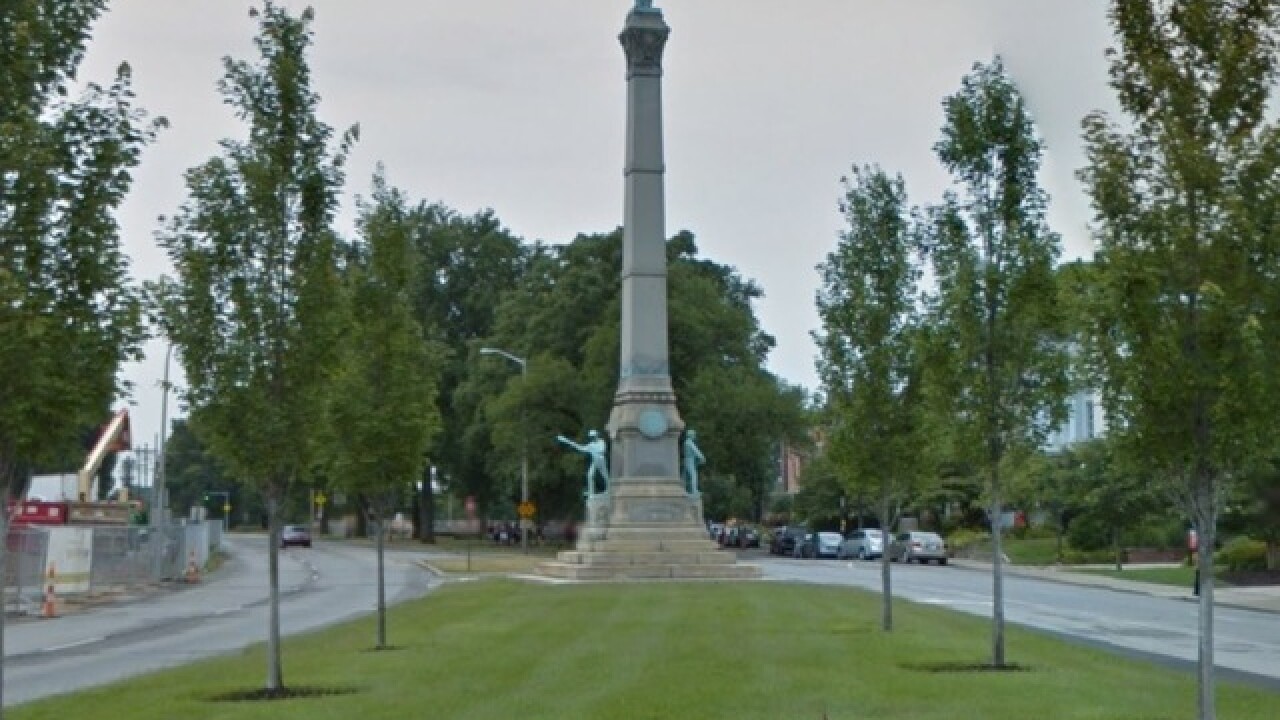 Jefferson County Circuit Judge Judith McDonald-Burkman signed a restraining order forbidding the city from moving the 121-year-old obelisk honoring Kentuckians who died fighting for the Confederacy in the Civil War.

The city said the stone and bronze structure, for years a source of tension, would be disassembled and moved to storage until a decision is made on where it should be properly displayed.

The Sons of Confederate Veterans and Everett Corley, a Republican running for Congress, filed for the restraining order on Monday. They contend that the mayor lacks the authority to remove the monument and did not follow proper protocol.

County Attorney Mike O'Connell said he would aggressively defend the merged city-county government's legal ability to remove the sculpture from its prominent location between Second and Third streets, next to campus and the university's celebrated Speed Art museum, which just completed a $60 million renovation.

The judge scheduled a hearing Thursday morning, though O'Connell's office asked for more time to prepare its legal arguments. The judge will hear that motion Tuesday morning.

Corley, a real estate agent running against two other Republicans to take on Rep. John Yarmuth in the fall, called the statue's proposed removal "the 2016 version of book burning." He said removing the monument - which features statues of three Confederate soldiers and the inscription "To Our Confederate Dead" - would be an insult to soldiers who fought and died.

Kentucky, sandwiched between three free states and three slave states, never seceded from the Union and attempted to remain neutral throughout the Civil War. But its people were deeply divided. Some fought for the Union, others for the Confederacy, and the mixed allegiances tore apart families and communities across the state.

Kentucky is the birthplace of both Abraham Lincoln and Jefferson Davis, the only president of the Confederacy. Both are honored in the state's Capitol rotunda with large statues. Following the Charleston church shootings, leaders from both political parties called for the removal of the Davis statue. But a state commission voted 7-2 to leave it be.

Corley charged that while the city says it plans to move the Louisville monument, it really intends to destroy it and throw it away. O'Connell called that allegation "ridiculous."

Some in the city and the university community have called for years for the monument to be removed.