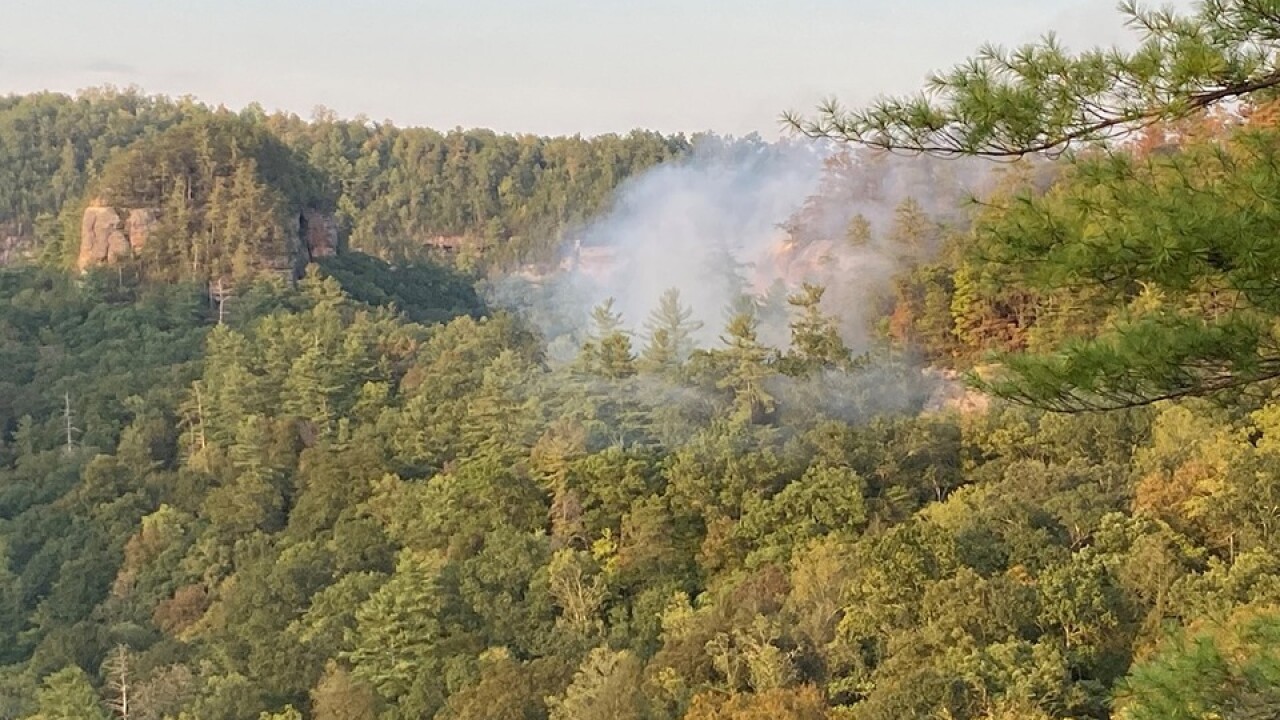 WINCHESTER, Ky. — A wildfire has forced officials to close the popular Sky Bridge at Red River Gorge in Daniel Boone National Forest, according to the park's Facebook page.

The area is closed while firefighters work to contain the fire that spread after a campfire escaped last weekend,

Highway 715 in the gorge remains open to public vehicles, but Forest Service Road #245 that leads to the Sky Bridge recreation area is closed.

The fire is expected to burn 125 acres at containment, the post said.

With worsening drought conditions, the Daniel Boone National Forest has issued an emergency order that restricts the use of fire on national forest lands.

Campfires are currently banned in the general forest area and in dispersed, non-developed recreation areas, such as the Red River Gorge.

Campfires are allowed only in developed recreation areas of the Daniel Boone National Forest where metal/concrete fire rings or grills are installed by the Forest Service.