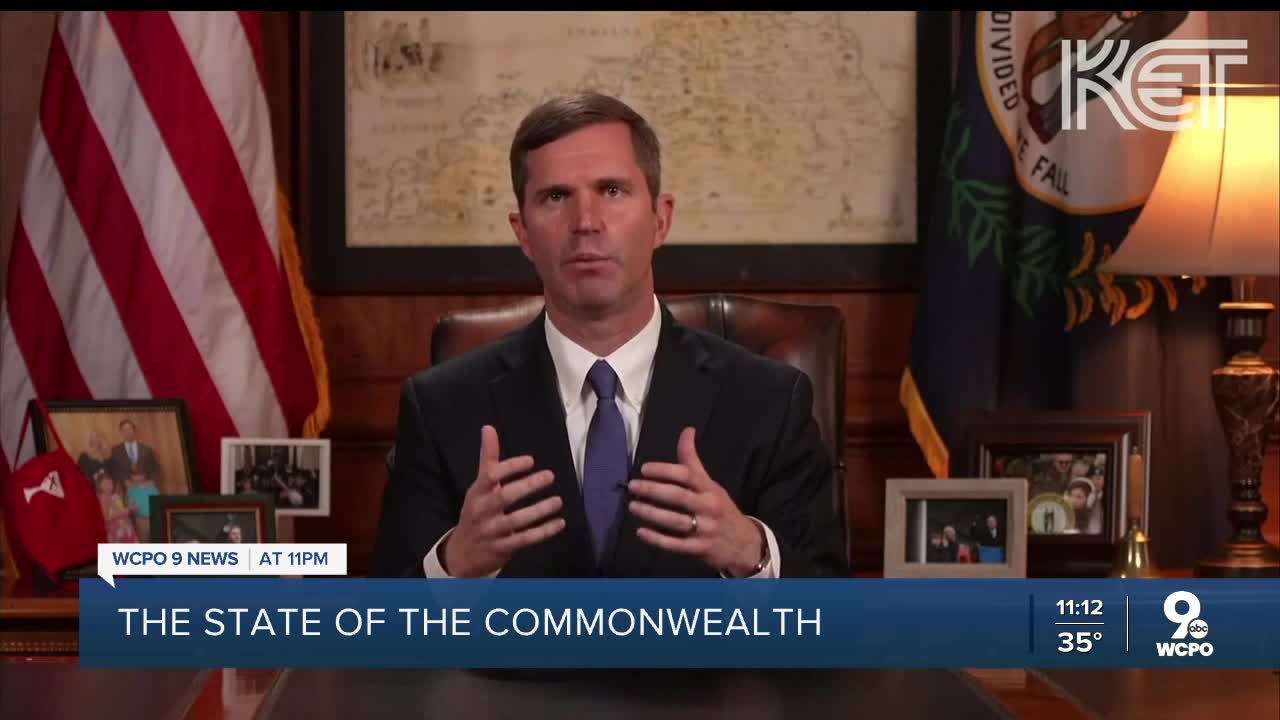 In his virtual State of the Commonwealth address Thursday night, Kentucky Gov. Andy Beshear laid out budget priorities like relief for small businesses, raises for teachers and future investment in new industries like medical marijuana and sports betting. 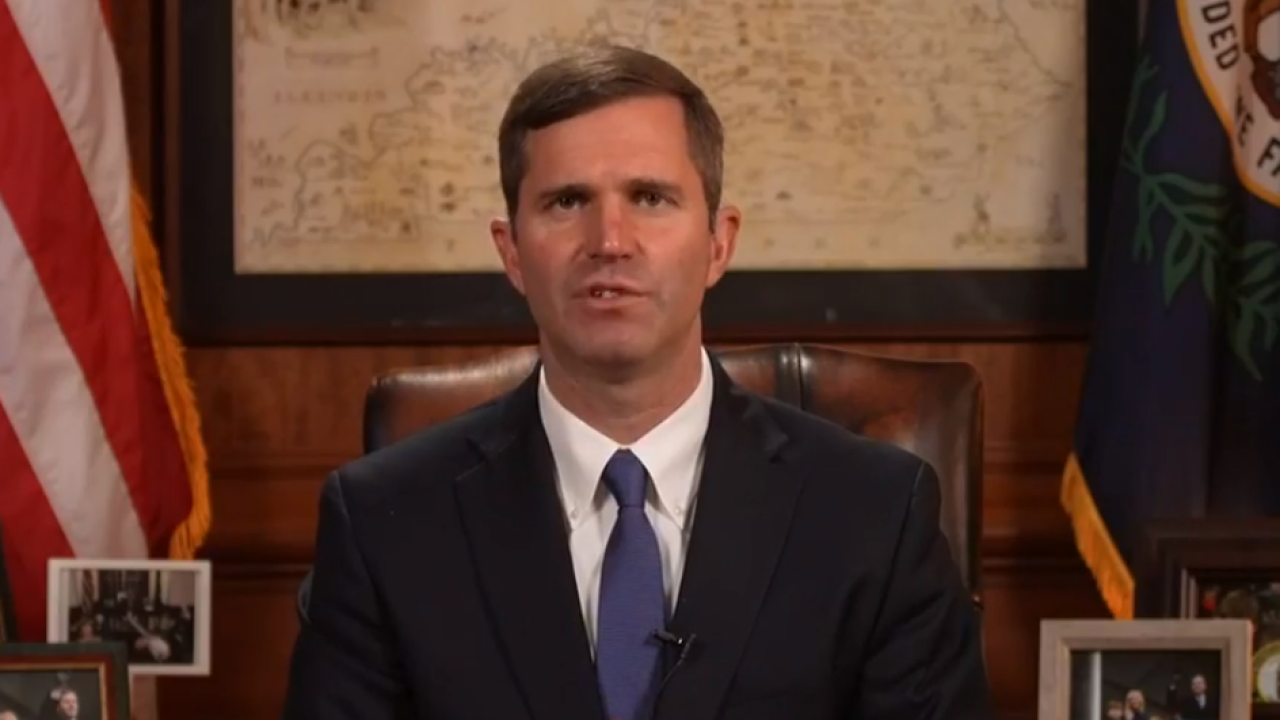 FRANKFORT, Ky. — In his virtual State of the Commonwealth address Thursday night, Kentucky Gov. Andy Beshear laid out budget priorities like relief for small businesses, raises for educators and future investment in new industries like medical marijuana and sports betting.

The governor presented his "Better Kentucky Budget" proposal for the 2021-22 fiscal year, centered around three pillars: relief for families and small businesses, prioritizing Kentuckians, and "bold investments" in the future.

All of this, he said, can be done without raising taxes, cutting spending or passing any new revenue measures.

"With this budget, we have an unprecedented opportunity to provide real relief and to jump ahead of other states," the governor said.

First, Beshear proposed sending $220 million to Kentucky's businesses in the Better Kentucky Small Business Relief Fund. He asked legislators to approve this funding in a bill separate from the budget in order to get the money to Kentuckians who need it as soon as possible.

“This represents the single largest relief fund of its kind in generations, and it cannot wait," Beshear said.

Additionally, Beshear proposed $48 million in CARES Act funding to those unemployed and those who missed out on the federal Lost Wages Assistance Program. He suggests $152 million in CARES funds go toward unemployment insurance loans.

To prioritize Kentuckians in health care, retirement, and education, Beshear proposed a $1,000 salary increase for educators and all school employees, plus a 1% raise for state workers. Kentucky colleges and universities would also expect an additional $17 million in funding, a 2% boost.

"This year has shown us how important they are," Beshear said.

During his address, the governor called for the legalization of medical marijuana and sports betting, as well as saving Kentucky horse racing.

For the future, Beshear also suggests $272 million in one-time funds for infrastructure, $100 million to restore aging state school buildings, and a $50 million investment in broadband for every Kentuckian.

In his address, Beshear also recounted a year dominated by the coronavirus pandemic, capped with the promise of vaccines that are now being rolled out in long-term care facilities and hospitals. He thanked Kentuckians for their sacrifices, like working and schooling at home, temporarily closing facilities and supporting local businesses.

“Through these trials, we have learned that an effective virus response is necessary to sustain and rebuild our economy," the governor said.

During his speech, delayed a day in the wake of deadly violence at the U.S. Capitol, Beshear again denounced the actions of the perpetrators as "domestic terrorism." This year, he also wants Kentucky to "acknowledge and address the racism that continues to exist in this country and this commonwealth."

"You cannot fan the flames and condemn the fire," he said. "To live the motto ‘United We Stand,’ we have to be better.”

In the midst of a shortened legislative session, Beshear asked lawmakers to work together to set a positive example and tone in Frankfort.

“To achieve our goal of a better Kentucky, all branches of government need to be prepared to take bold action," he said. "So, I’m looking forward to working with President (Robert) Stivers and Speaker (David) Osborn and every member of the General Assembly to make that happen."

Watch a replay of the address in the player below: