U of L to remove Confederate monument 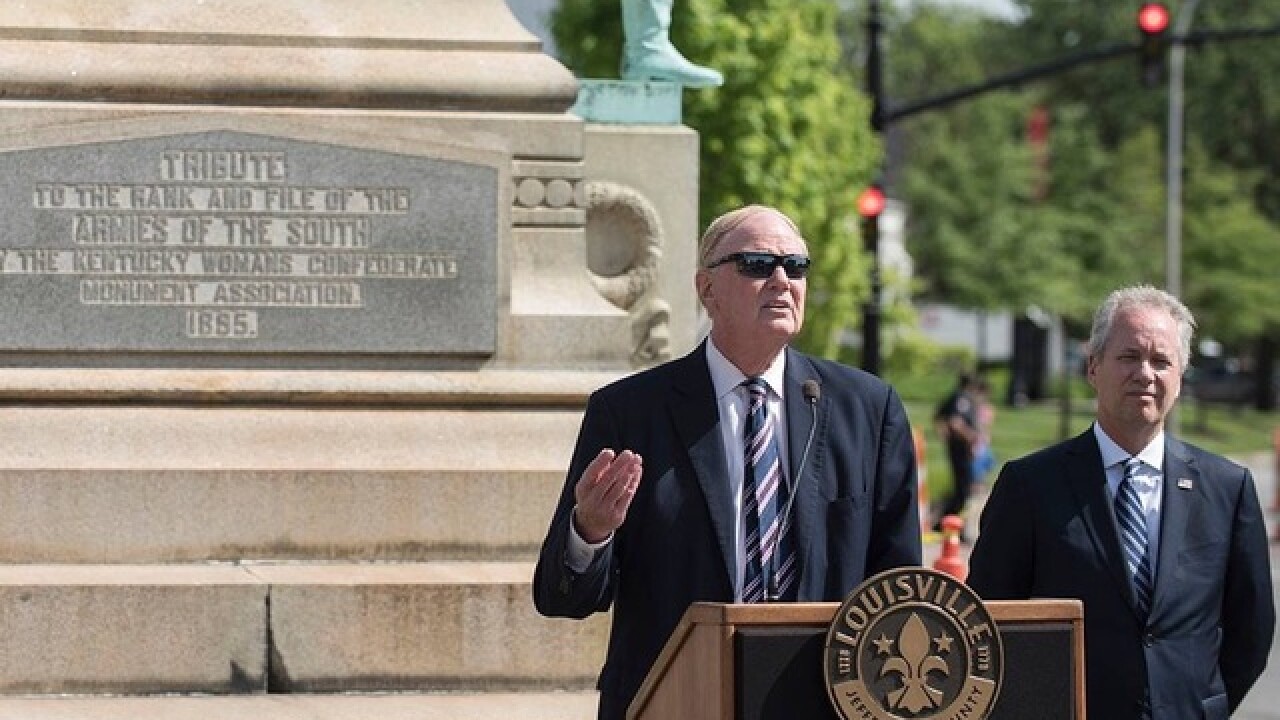 LOUISVILLE, Ky. -- A Confederate monument capped with a statue of Jefferson Davis will be removed from a spot near the University of Louisville campus where it has stood since 1895.

The stone monument honoring Kentuckians who died for the Confederacy in the Civil War will be moved to another location, University President James Ramsey and Louisville Mayor Greg Fischer said during a surprise announcement Friday.

"It's time for us to move this monument to a more appropriate place," Ramsey said while standing in front of the stone memorial, which sits next to the university's gleaming Speed Art museum that just completed a $60 million renovation.

Governments and universities across the country have re-evaluated displays of Confederate symbols following the racially motivated slayings last summer of nine black parishioners at the Emanuel AME church in Charleston, South Carolina.

The tall, obelisk-style monument will be disassembled and cleaned while it is in storage awaiting a new location, which has not been determined. It was given to the city by the Kentucky Woman's Monument Association.

"I can't tell you how happy I am," Jones said after the announcement Friday. "I think this statue being on the campus is somewhat akin to flying the Confederate flag over the (university's) administration building."

Jones wrote in a newspaper opinion piece last week that the statue is a "towering granite and bronze eyesore glorifying the nadir of America's past."

Jones and Mayor Fischer noted that the university was much smaller when the statue was put up at the turn of the century, and the campus has developed around it.

University and city officials have been working on the removal for several weeks and there was even construction equipment parked alongside the base of the monument on Friday during the announcement.

Kentucky is the birthplace of both Abraham Lincoln and Jefferson Davis, the only president of the Confederacy. Both are honored in the state's Capitol rotunda with large statues.

Following the Charleston church shootings, leaders from both political parties called for the removal of the Davis statue. But a state commission voted 7-2 not to remove it.