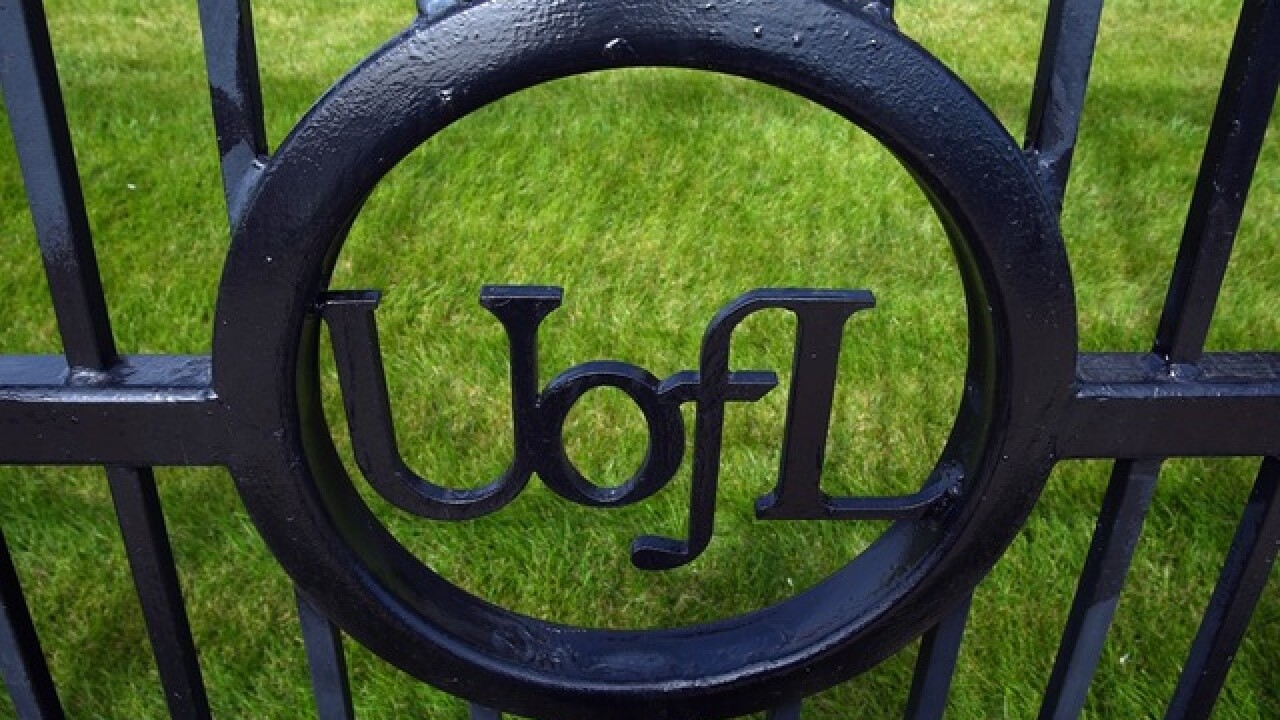 FRANKFORT, Ky. (AP) — University of Louisville president James Ramsey is stepping down and Kentucky Gov. Matt Bevin will appoint a new board of trustees at the school, which has been plagued by scandal in recent years.

Bevin announced Friday that he will disband the public university's 17-member board and replace it with a 10-member board that he appoints. Ramsey, who has led the university for 14 years, submitted a letter saying he will offer his resignation to the newly appointed board.

Bevin says he met with Ramsey and both agreed the university needs a "fresh start."

"This is something that needed to be done for quite some time," Bevin said during a news conference in front of the governor's office. Bevin lauded Ramsey's service at the university, saying it is "so remarkably better on any measurable front" than when Ramsey arrived in 2002.

But the governor said there have been too many "bumps in the road" in recent years.

Bevin said Ramsey is currently traveling out of the country. The university released a brief statement taken from Ramsey's letter to Bevin, offering his immediate resignation or retirement to the newly appointed board.

Craig Greenberg, a university trustee who had been a critic of Ramsey, said Friday afternoon he hopes "no games are being played" and questioned whether Bevin has the legal right to dismiss the entire board.

"A board fighting for affordable tuition, better graduation rates, accountability and transparency is not a sign of dysfunction, but a sign of good governance," said Greenberg.

Another trustee, Emily Bingham, said the board was hampered by transparency issues, and members struggled to get an accurate accounting of Ramsey's compensation.

In a release Friday, Bevin cited a state law allowing him to remove Louisville's trustees "for cause, which shall include neglect of duty or malfeasance in office." The release said the reorganization is subject to the approval of the 2017 General Assembly.

Kentucky Attorney General Andy Beshear, a Democrat, called the actions of the Republican governor "unprecedented" and said his staff will be closely reviewing the reorganization.

Bevin said he did not alert board members of his decision to dismiss them. Bingham and Greenberg said they found out from friends.

The school is part of the Kentucky state university system.

The governor's Postsecondary Education Nominating Committee has been given two weeks to prepare a list of 30 candidates for the board, and Bevin will appoint the new board from that list. Bevin said it's possible some current board members could be reappointed.

Among the school's recent problems is an NCAA investigation of the basketball program related to an ex-coach arranging female escorts for players and an FBI investigation of top university officials for alleged misuse of federal money. In 2015, The university's former executive director of the Department of Family and Geriatric Medicine was sentenced to more than five years for pocketing millions in contractual checks and patient payments.

In February, Ramsey announced a self-imposed postseason ban for the Cardinals men's basketball team in the aftermath of escort Katina Powell's book allegations that former Louisville men's basketball staffer Andre McGee paid her and other dancers to strip and have sex with Cardinals players and recruits.