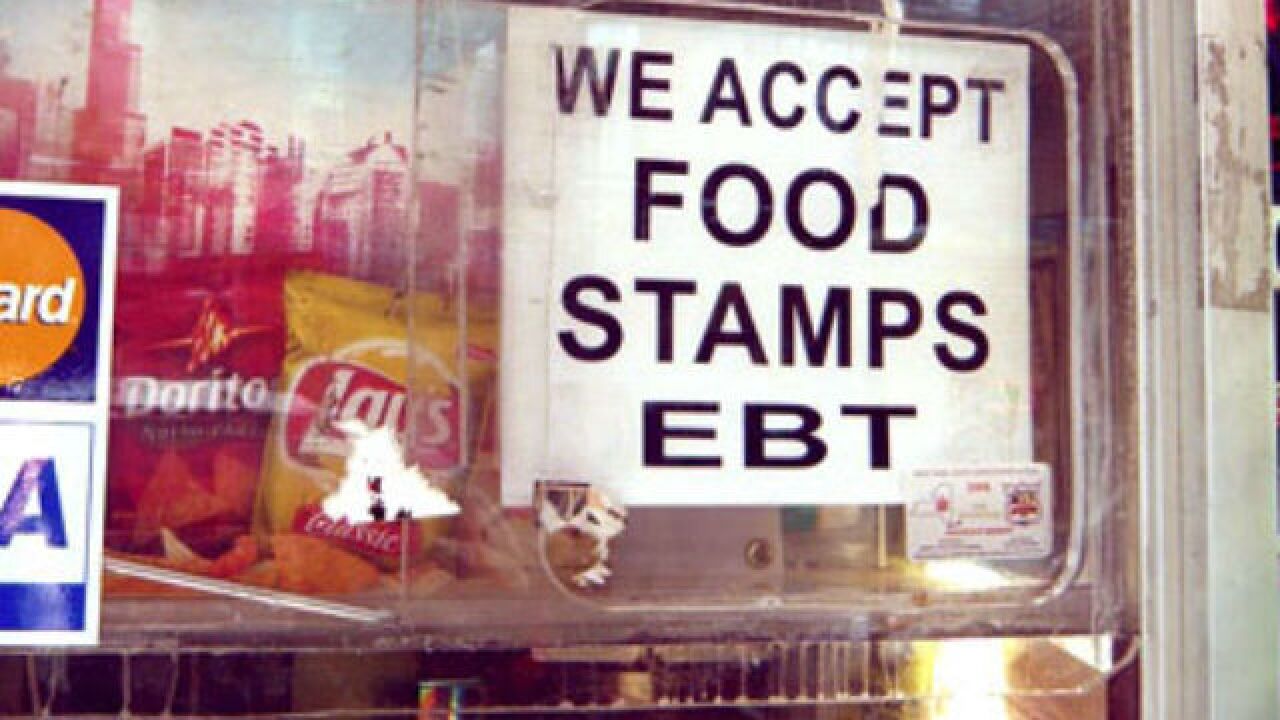 (CNN) -- Marsha Moses was more interested in working with blood than burgers.

The Corbin, Kentucky, mother of two found herself on the job market after her husband was laid off last year and the family's finances spiraled downward. She was concerned that she'd be forced to work in a fast food restaurant since she only had a high school degree and hadn't been employed in several years.

Then she found Paths 2 Promise, which provides food stamp recipients with job training and support. The initiative paid for her to attend a six-month program to become a medical assistant and helped her get an internship at a county detention center's medical clinic, footing the bill for her uniform and transportation. Moses, 40, landed a full-time job at the clinic last month and the family is no longer on food stamps. Now she is drawing blood, assisting the doctors and taking care of the patients.

"It opened all kinds of doors for me," Moses said of Paths 2 Promise. "I didn't want to settle for a fast food job or working at Walmart. I wanted something better for myself."

Paths 2 Promise is one of 10 pilot projects around the nation aimed at getting food stamp recipients into the workforce. Launched in 2015 under Kentucky's then-Governor Steve Beshear and funded with nearly $20 million from the US Department of Agriculture, the state-run program provides enhanced services for folks in eight southeastern counties. It runs through April.

The pilot is taking place at a time when Republicans -- from President Donald Trump to current Kentucky Governor Matt Bevin -- are requiring more low-income Americans to get jobs in order to keep their government benefits. Certain food stamp recipients in the Bluegrass State must now work, go to job training or volunteer if they want to receive aid for more than three months. Bevin also received federal approval to mandate many Medicaid beneficiaries to work, though that effort was halted temporarily by a court ruling.

Transitioning from public assistance to work, however, is not that easy. Many food stamp recipients have never held a job or haven't worked in many years, said Melissa Quillen, Paths 2 Promise's project manager. Others need help getting restarted or burnishing their skills for today's workforce.

While everyone on food stamps can access some help finding employment, the pilot program aims to provide up to 2,000 residents with enhanced coaching and financial assistance.

Paths 2 Promise participants go through a career assessment and develop an individual plan that takes into account their interests and abilities. They receive more intensive hand-holding throughout the process. For instance, coaches will help them sign up for training or classes since many may be hesitant to do so on their own. Also, once the participants land jobs, coaches will work with them to address any problems that might arise, such as obtaining work clothes or dealing with co-workers.

They also get funding for job training programs -- like the one Moses attended -- or to attend local community colleges. Plus, they can get up to $200 a month for transportation and up to $465 a month for childcare while they are in Paths 2 Promise, which typically lasts several months.

"There are jobs out there for everyone," Quillen said. "For someone who has never really been in the work world, it's more difficult for them to know what they want to do or are capable of doing."

So far, participants are drawn to getting commercial licenses so they can drive trucks, or to health care fields, such as certified nursing assistants, respiratory therapists or physical therapy assistants. Some are also learning how to install and repair electrical lines.

Roy Combs worked in IT in the health care field for many years. But he found himself out of work in 2015 and couldn't find anything more than contract jobs that did not pay enough to support his family of five, forcing them to apply for food stamps. The Hazard, Kentucky, resident suspected it was because he didn't have a college degree.

"I had all this experience but I never had a degree I could list on my resume," said Combs, 41. "It kept me from getting some jobs I applied for."

Combs learned about Paths 2 Promise while searching for help with heating bills. The program paid for most of his tuition at Hazard Community College, where he earned an associate's degree in computer science in May. It also reimbursed him for gas and car repairs. And his case manager helped him land a work-study position at Primary Care Centers of Eastern Kentucky, where he is now compliance director. His family stopped receiving food stamps in January.

Since the program is a pilot, Quillen said she can't discuss how successful it's been. But she did note that "quite a few" folks have been hired.

The initiative, however, doesn't end when the participant gets a job. The pilot employs "success coaches," who also work with companies to identify workers who might have barriers, such as childcare or transportation problems, and try to solve them before they derail the person's employment.

"We say to employers: 'Come to us. We can try to overcome issues'," Quillen said. "We try to help people stay in the job."